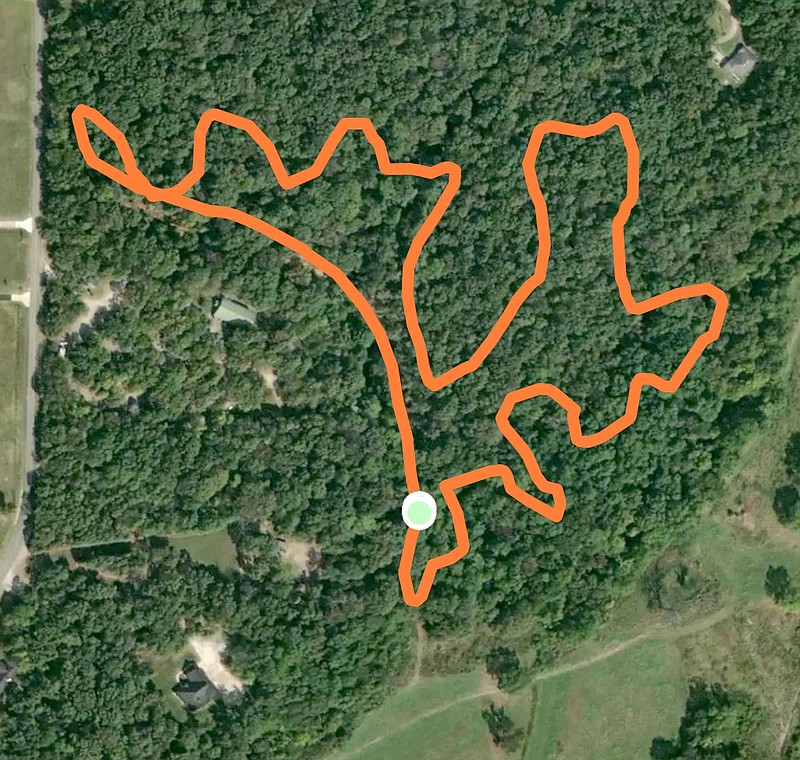 SILOAM SPRINGS -- A unique ultra-endurance race that will test experienced athletes and give beginners a chance to try something new is coming to Siloam Springs on May 15.

Flint Creek Endurance is hosting the inaugural Last Person Standing Trail Run on private property on Taylor Orchard Road, north of City Lake. The family-friendly event is both for competitive athletes who want to challenge themselves to earn the title of last person standing and for people who want to come out and enjoy walking or running a few miles on beautiful trails, according to organizer Oddvar Naustvik, who co-owns the endurance event company with David VanSandt.

The race will cover a one-mile loop through the woods, with some logging roads and walking trails, and will include a couple of ravines as well as flat areas, Naustvik said. Each participant will be given 20 minutes to complete the mile. If they come in early, they will have time to sit down and rest or have a snack until the next round starts, but if they are late, they will be eliminated. The race will continue until only one person is left, he said.

The race will not have any age or gender categories and is open of people of all ages, Naustvik said.

Most people can complete the mile loop at a walk in 17 to 18 minutes, but the question becomes how long they can keep it up, he said. In addition to testing athletes physical endurance it will also test their mental and emotional endurance because the loop will become monotonous and participants will face the temptation to quit every time they complete the mile, he said.

Naustvik, who has a background competing in endurance events and Ironman races, said he isn't aware of any similar races in a 300 to 500 mile radius around Northwest Arkansas, but he has heard of some last person standing races along the east coast. He got the idea for the race from social media, he said.

Registration for the event is $40 and a portion of proceeds will be donated to Ability Tree in Siloam Springs, Naustvik said.

Flint Creek Endurance, which has been rebranded from its original name Crystal Bridges Endurance, hosted its first 50 mile gravel road bike race in 2018. Since then, the company has made the race an annual event and the next gravel road race is planned for August.

The company's goal is to host three to five endurance events a year, Naustvik said. With events like the Last Person Standing Trail Run, Naustvik hopes to encourage people to start their health journey by registering and training for the race, then experience competing and enjoying being part of an organized event.

"Our goal and our mission is to encourage people to get outside, to get in shape and become healthy," Naustvik said. "At one point I used to say 'race, race, race,' but I have changed my philosophy and attitude a little bit."

Naustvik said there are plans to open the property for training several days in April and May. For more information and updates, follow Flint Creek Endurance on Facebook or Instagram or visit the organization's website, flintcreekendurance.com.