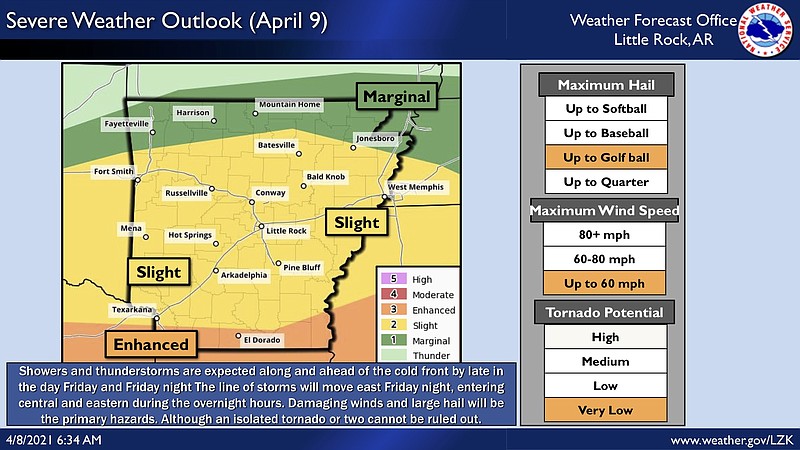 This National Weather Service graphic shows portions of south Arkansas are expected to be at an enhanced risk for severe weather on Friday.

A cold front moving across Arkansas on Friday night is expected to bring the potential for damaging winds, large hail and isolated tornadoes, according to the National Weather Service.

Forecasters said a majority of the state will be at a slight risk for severe weather hazards, including hail up to the size of a golf ball, wind speeds up to 60 mph, and a “very low” chance for tornadoes. The southernmost part of the state, including El Dorado, will be at an enhanced risk, a weather service briefing shows.

Rain is also expected across much of the state Friday, with up to an inch and a half of rainfall predicted in the southeast half of Arkansas, forecasters said.

Localized flash flooding is a possibility in eastern and southeastern parts of the state, where soil moisture is high and rivers are still elevated as a result of recent rainfall, according to the briefing. 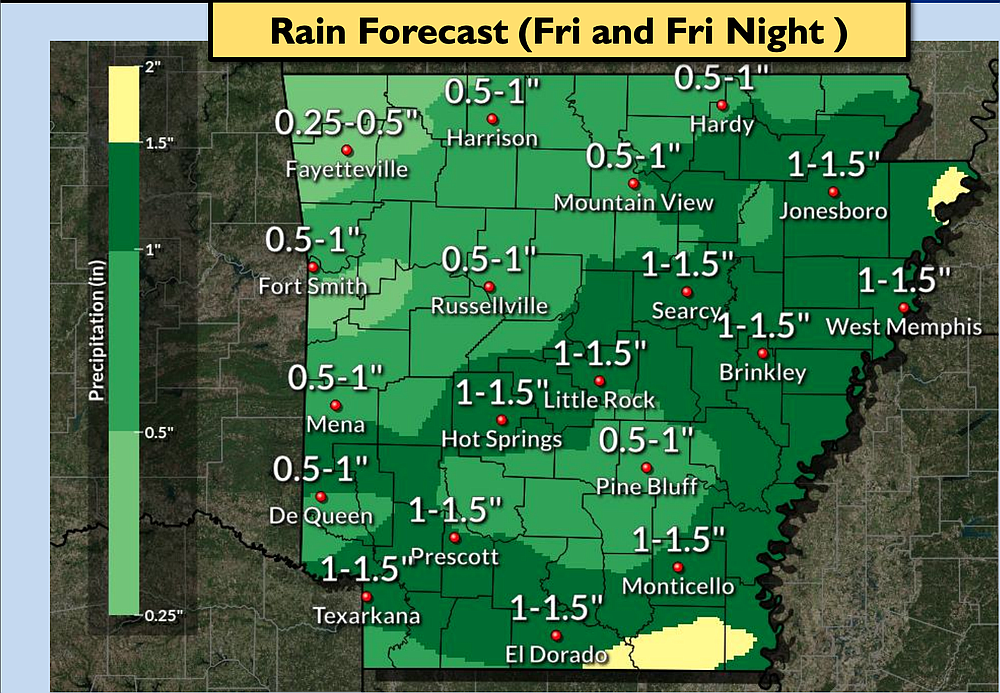