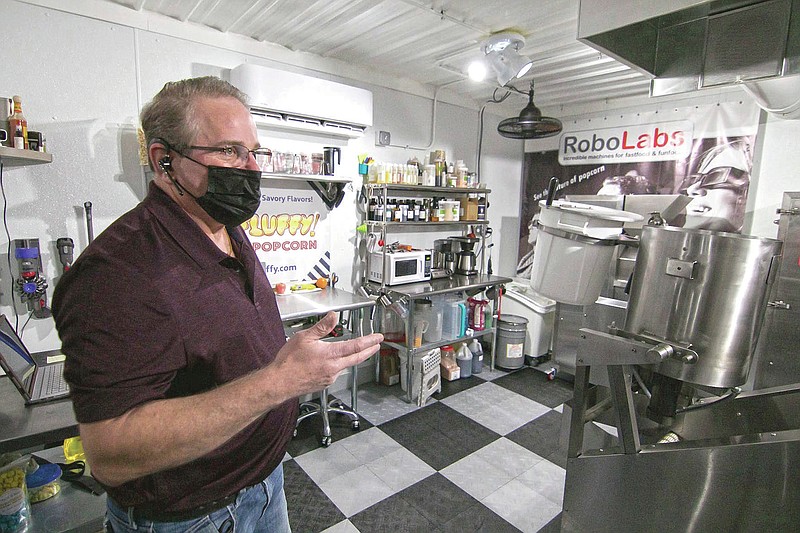 Canale, a resident of Hamburg Township in Michigan, started It's So Fluffy Gourmet Popcorn in a space he leases in the back of Middletown Market in Genoa Township.

The market, which features an entire aisle of It's So Fluffy popcorn flavors -- he's up to about 50 flavors -- is among a growing list of local retailers carrying his products.

"The total number of flavors changes day to day depending on my mood," Canale said.

"The ones I'm going to test now are peach, cotton candy, blackberry and cookie dough. I'm always hunting for new things," he said.

He said it is hard to pick a favorite, but he goes with Detroit style, which contains a mixture of cheese-, butter- and caramel-covered popcorn.

"It's the perfect blend of movie theater popcorn and caramel. You have the sweet and the salty," he said.

Children and adventurous spirits might be more drawn to his wide array of sweet popcorn flavors, which include strawberry, lemon, cappuccino and birthday cake, among dozens more.

He also created a line that contains cannabidiol, or CBD, the non-psychoactive part of cannabis.

He said it all started when he was looking for a cotton candy machine to purchase for his personal use.

He found one made by RoboLabs that shoots cotton candy up in the air. He ended up not only purchasing one, but he became a sales representative for the company. His space in Middletown Market serves double duty as a showroom where he can demonstrate RoboLabs equipment, including popcorn machines and a caramelizing machine.

He also takes his cotton candy machine on the road for school fundraisers, sporting events and private events such as weddings under the business name Floating Cotton Candy.

He said his popcorn comes out fluffier than other popcorn brands.

"It's air popped, instead of being popped in oil. Also, the caramelizer is automated with a cooling system. By cooling it quickly, you keep it from being heavy and sticky."

He said he hopes one day to work with a food distributor and get his product into major supermarkets and specialty market chains.

He has already found about a dozen markets in Livingston and Washtenaw counties that carry some of his popcorn and caramel corn flavors.

His products are also available at several markets in Washtenaw County, including in Ann Arbor at Big House Of Liquors, Wolverine Party Shoppe, Northside Liquor and Maple In-N-Out, as well as the North Lake Store near Chelsea and Lakeside Party Shoppe in Whitmore Lake. 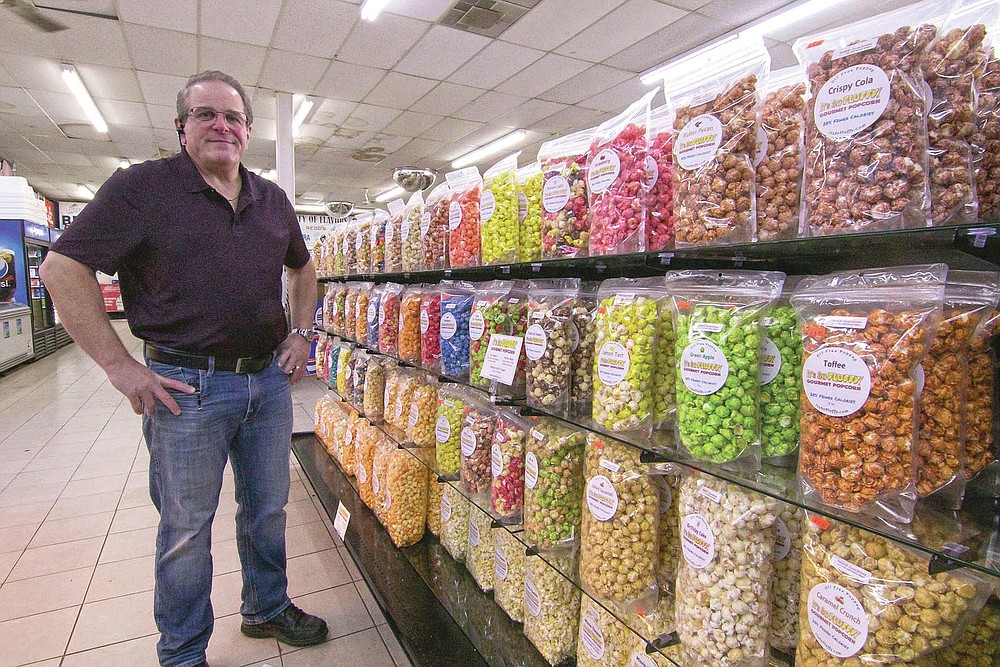 Stephen Canale stands by the wide selection of his gourmet popcorn in Middletown Market, Wednesday, March 17, 2021, in Genoa Township, Mich. The market, which features an entire aisle of It’s So Fluffy popcorn flavors — Canale's up to about 50 different flavors — is among a growing list of local retailers carrying his products. (Gillis Benedict/Livingston County Daily Press & Argus via AP) 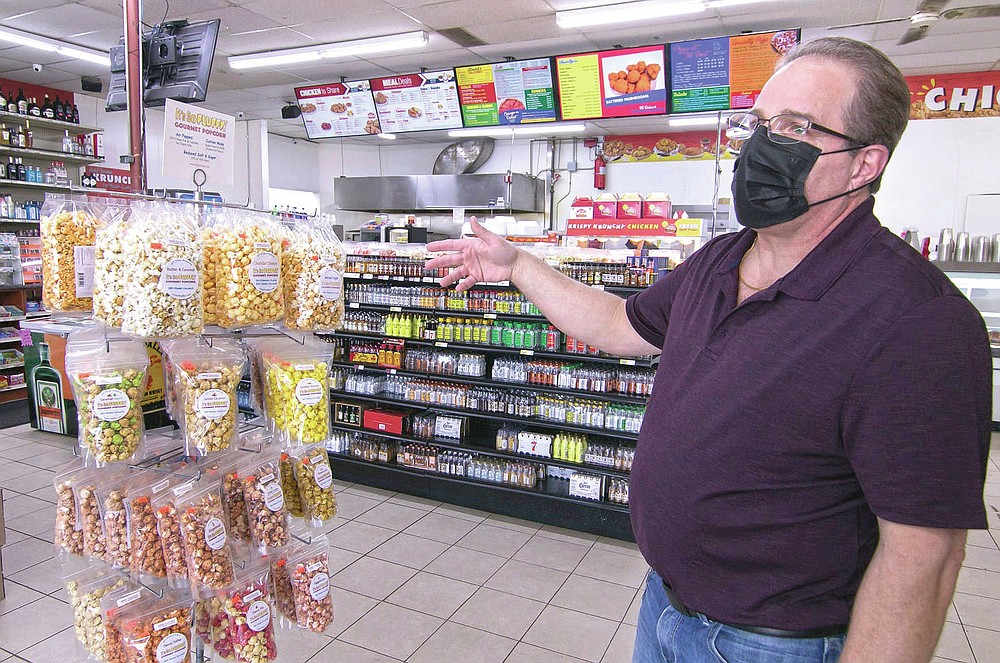