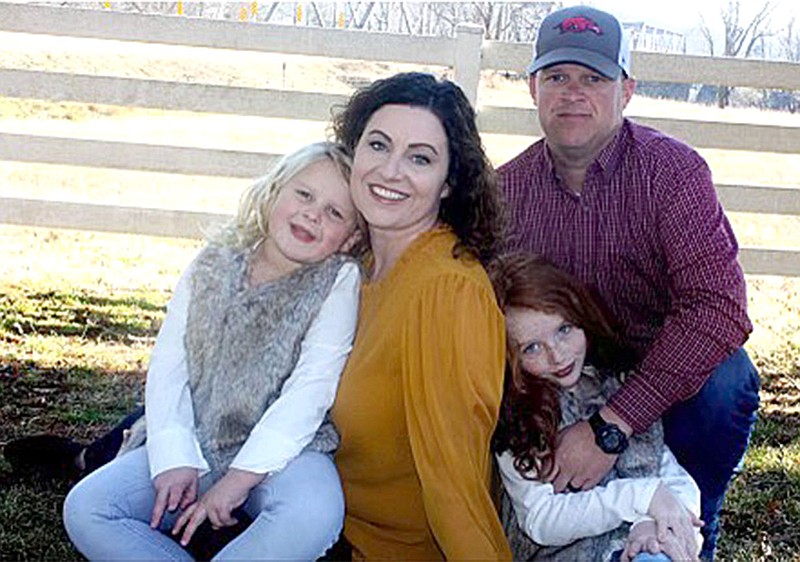 PEA RIDGE -- "Anytime you're around a kid, you're going to learn something," Josh Reynolds said.

The head coach of the Lady Blackhawk softball team, Reynolds said one of the lessons he's learned in the past 14 years is patience.

"Patience! Coaching teen-agers will teach you patience," he said, smiling. "I'm so much more patient than I used to be."

Reynolds joined the staff at Pea Ridge in 2007, right after graduating from College of the Ozarks, where he earned a degree in history education with a minor in coaching. He played baseball and football in high school in Harrison and in college. In football, he was a safety and wide receiver. In baseball, he was a pitcher and third baseman. He pitched in college.

"When I realized I did not have the skills to go on past college, and knew I still wanted to be involved in athletics," he said, explaining what prompted him to become a coach.

"When the light bulb goes off, when a kid smiles!" Reynolds said is reward as he watches them grow and develop personally and athletically. High school student athletes are still developing and have questions. "It forces you to communicate more thoroughly and better. High school kids are still learning the game."

He said he enjoys getting to know the kids and helping them work toward their life goals as they mature.

Reynolds is surrounded by females at work and at home. He and his wife, Kathy, have two daughters, Kayti, 9 and Natalee, 7. Both girls play softball and enjoy hanging around their dad and the Lady Blackhawks. Kathy played basketball at Crowder and both love to watch sports.

"I live in a house with three females. I'm a hands-on dad. I determined I wasn't going to be an absentee father," he said. "I will be involved in their life."

"They come to practice and hang out with girls," he said and he tries to be at as many of his daughters' games as he can.

Two coaches in Reynolds' life influenced him. He described one as "an old-school coach that operated his way or the highway, but at the same time would show that he cared through body language." The other "was a very dictator, authoritative, in your face coach who would make it hard, very hard to play for but at the same time, you knew where he stood and where you stood with him."

"Looking back, he taught me a lot of discipline, self and understanding team discipline," Reynolds said. He admits he didn't fully appreciate the lessons at first, but later student coached under him and learned the value of the lessons.

Reynolds said he didn't "get into the softball world" until he came to Pea Ridge and was assistant coach under coach Heather Wade for three years. "I learned a lot!"

"There are differences in the game," he said comparing softball and baseball. He said through talking to other coaches, attending clinics, he has learned.

"I'm so much more calm than what I used to be. I used to fly off the handle or get extremely irritated -- expecting them to do what I said," Reynolds reflected. "I've been very blessed with kids with both softball and football who will do what you tell them.

"Never question how hard the kids in Pea Ridge play," he said, explaining that he has learned by trial and error how to teach and motivate young athletes. "They learn real quick. Kids are going to be kids. They're still learning. They don't have life experiences. They're still a sponge."

"I think a lot of high school athletes use athletics for a reason to come to school. It gives them a sense of belonging, a core friend group," he said. "A lot of times, this is their escape and gives them some time during their day when they can just be a kid."

He said a good work ethic is essential and will help in athletics, academics, life.

"There are always people who will work hard ... and that will take them far behind their school careers. It translates into every aspect of life -- from work to marriage," he said "We've had some very gifted athletes here. The work ethic of the kids I've been around has never been an issue.

"It's the culture of the town -- blue collar, hard working.

"If you expect kids to work hard, they will," Reynolds said. "Kids will meet the expectations without you having to be mean and overbearing. Kids will do what you ask them to do."