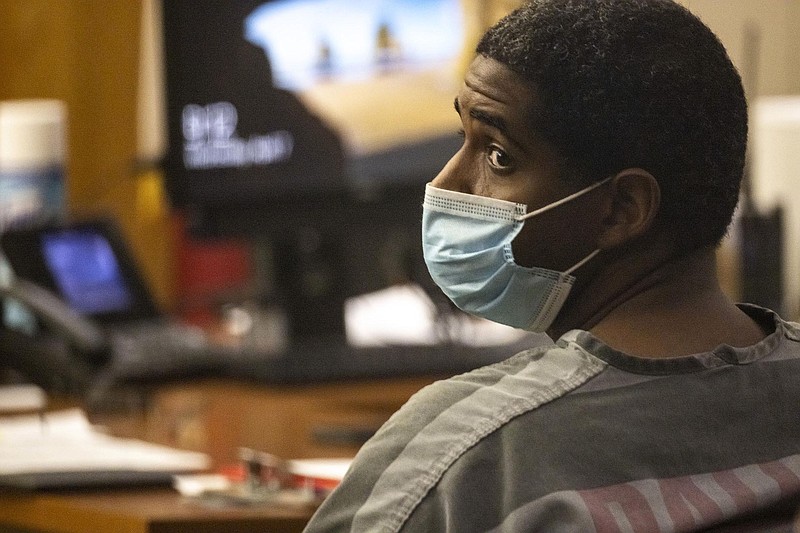 DALLAS -- A judge on Wednesday ordered the release of a former Dallas police officer accused of ordering two killings in 2017 after prosecutors said that they don't have enough evidence to move forward with the capital murder case against him.

After listening to more than three hours of testimony by a Dallas homicide detective, Dallas County Criminal Court Judge Audrey Moorehead said there was no probable cause and ordered the release of Bryan Riser. The 13-year veteran of the Dallas Police Department was fired after his colleagues arrested him in March on charges in an alleged murder-for-hire scheme.

Police arrested Riser, 37, in the unconnected killings of Liza Saenz, 31, and Albert Douglas, 61. Police Chief Eddie Garcia said last month that a man had come forward in August 2019 and told authorities he had kidnapped and killed them at Riser's direction.

The former officer's lawyer, Toby Shook, has maintained his client's innocence and said that the evidence against Riser is little more than the word of a man convicted in other killings.

During a hearing Wednesday, an exchange between Dallas County prosecutor Jason Fine and homicide Detective Esteban Montenegro in court revealed that police and prosecutors first discussed the case in December 2019, but that prosecutors didn't think police had a solid case.

ATLANTA -- The Georgia lawmaker who was arrested after knocking on the door of the governor's office as he made televised comments in support of the sweeping, controversial new election law he'd just signed will not be charged, a prosecutor said Wednesday.

State Rep. Park Cannon, an Atlanta Democrat, was arrested March 25 and charged with obstruction of law enforcement and disruption of the General Assembly. She was released from jail later that evening.

"While some of Representative Cannon's colleagues and the police officers involved may have found her behavior annoying, such sentiment does not justify a presentment to a grand jury of the allegations in the arrest warrants or any other felony charges," Fulton County District Attorney Fani Willis said in an emailed statement.

Cannon tweeted Wednesday after Willis' decision was announced: "Doors of injustice are everywhere and we cannot stop knocking."

Republican supporters of the law have said it was necessary to restore confidence in the state's elections, but Democrats and other critics have said it restricts voting access, particularly for communities of color.

Family to get $1M in Army vet's death

MADISON, Wis. -- The federal government has agreed to pay $1 million to the children of an Army veteran who froze to death after he was discharged from a Veterans Affairs hospital in Wisconsin.

The family of Vance Perry filed a wrongful death lawsuit against the federal government in December. Perry's five children said the hospital in Madison was aware of their father's mental condition, which put him at risk of wandering away, and that staff knew he could not return to his residence on his own.

The family's attorney, Terrence Polich, said someone at Memorial Veterans Hospital failed to make sure Perry got in a cab that had been called for him.

The 57-year-old father was found dead on New Year's Eve 2018 in a downtown parking garage a day after he left the hospital. The temperature had dipped to 6 below zero Fahrenheit the night before.

The settlement agreement does not include an admission of guilt or liability by the federal government, Polich said.

CONCORD, N.H. -- Six former staffers at New Hampshire's state-run youth detention center were arrested Wednesday in connection with the abuse of 11 children over the course of a decade, including one who continued working with children for nearly 20 years after he was accused of holding a boy down while colleagues raped him.

The Sununu Youth Services Center, formerly known as the Youth Development Center, has been under investigation since July 2019, when two former counselors were charged with raping a teenage boy 82 times in the 1990s.

The attorney general's office didn't comment on the possibility of further arrests, but said the latest developments were "merely a step forward" and that the investigation will continue.