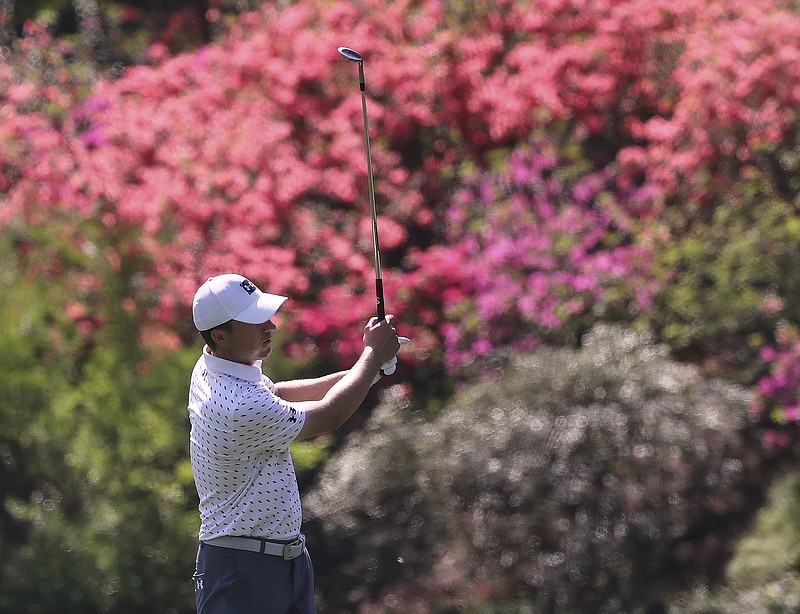 The azaleas are beginning to pop as Jordan Spieth chips to the 13th green during his practice round for the Masters at Augusta National Golf Club on Tuesday, April 6, 2021, in Augusta, Ga. (Curtis Compton/Atlanta Journal-Constitution via AP)

Chairman Fred Ridley played through any attempt Wednesday to ensnare his club in a contentious issue.

"We realize that views and opinions on this law differ, and there have been calls for boycotts and other punitive measures," Ridley said during his annual State of the Masters news conference on the eve of the opening round. "Unfortunately, those actions often impose the greatest burdens on the most vulnerable in our society."

There was never any doubt Augusta National would take a different path than Major League Baseball, which pulled this summer's All-Star Game from Atlanta to show its displeasure with new voting restrictions that were signed into law two weeks ago by Gov. Brian Kemp.

Opponents say the law is designed to reduce the electoral power of people of color after a record turnout in November, fueled by absentee and early voting.

"I believe, as does everyone in our organization, that the right to vote is fundamental in our democratic society," Ridley said. "No one should be disadvantaged in exercising that right, and it is critical that all citizens have confidence in the electoral process."

When asked whether he supported or opposed the new law, Ridley laid up.

"I don't think that my opinion on this legislation should shape the discussion," he said. "I know you would like for us to make a proclamation on this. I just don't think that is going to be helpful to ultimately reaching a resolution."

Ridley's stance was very much in keeping with the club's history on other social matters.

For decades, Augusta National had no Black members. It was 1975 that Lee Elder became the first Black player to be invited to the Masters. After protests broke out over the 1990 PGA Championship being held at all-white Shoal Creek Country Club in Birmingham, Ala., the home of the Masters admitted its first Black member, TV executive Ron Townsend.

More recently, the club steadfastly rebuffed calls to allow female members. Former chairman Hootie Johnson said the club would make such a decision on its terms, "not at the point of bayonet." A decade later, Augusta National let in its first female members, including one-time Secretary of State Condoleezza Rice.

The National Black Justice Coalition called for the Masters to be moved out of Georgia, but that was never a serious consideration. Augusta National controls every aspect of the tournament and would never think of it being played anywhere but its historic layout along Washington Road, one of the most famous golf courses in the world.

For that matter, the PGA Tour also said the Tour Championship will remain at East Lake in Atlanta this year, citing the tens of millions of dollars in economic development that the tournament has spurred in the once-downtrodden neighborhood surrounding the club.

Cameron Champ is one of the few players of color on the PGA Tour (he has a Black father and white mother). As protests roiled the country last year after the killings of George Floyd, Breonna Taylor and Ahmaud Arbery, as well as the shooting of Jacob Blake, Champ was the lone golfer to take a prominent stand.

At the BMW Championship, he wore one black shoe and one white shoe. He also wrote the names of Taylor and Blake on his footwear.

"I remember walking onto the range, and I had Breonna Taylor and Jacob Blake on my shoes, and I got asked by three different people, 'Who are they?' " Taylor said this week. "That proves the point of why I'm doing it."

So far, no golfers have followed his lead.

"There's not many people who are willing to talk about it, so you're never going to hear it," Champ said. "It just kind of gets pushed to the back burner like it does always."

Everyone at Augusta National says they support equal voting rights, but Champ was the only one who stated his opposition to the Georgia law, which imposes new restrictions on absentee and early voting, grants new powers to the GOP-controlled State Elections Board to take over local elections, and limits the handing out of food and water to voters standing in lines.

"As you can tell, it really targets certain Black communities and makes it harder to vote, which to me it's everyone's right to vote," Champ said. "For me to see that, it's very shocking." 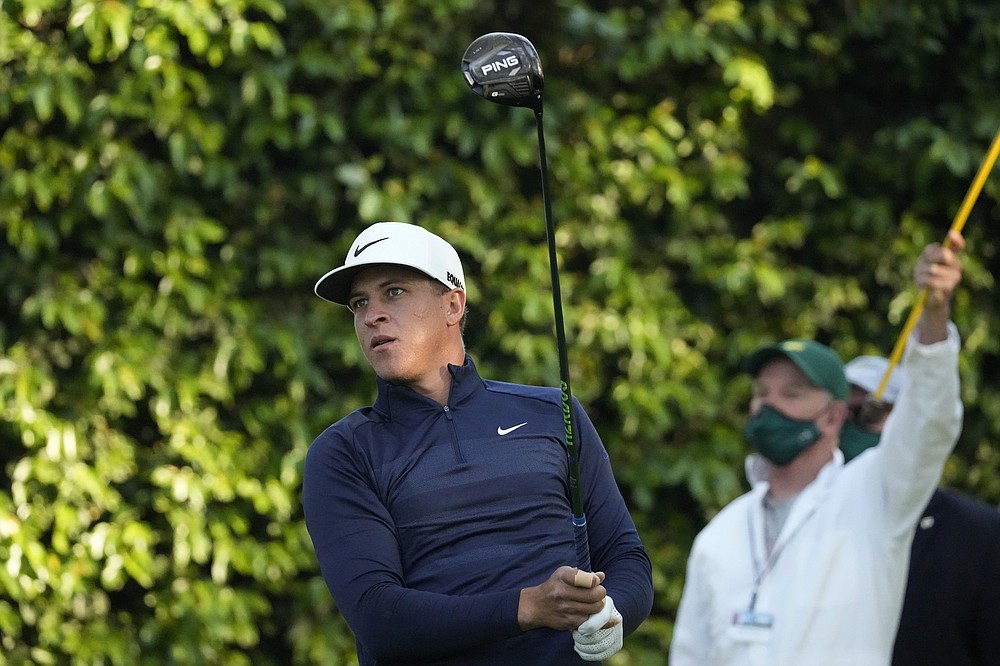 Cameron Champ watches his tee shot on the second hole during a practice round for the Masters golf tournament on Wednesday, April 7, 2021, in Augusta, Ga. (AP Photo/Charlie Riedel) 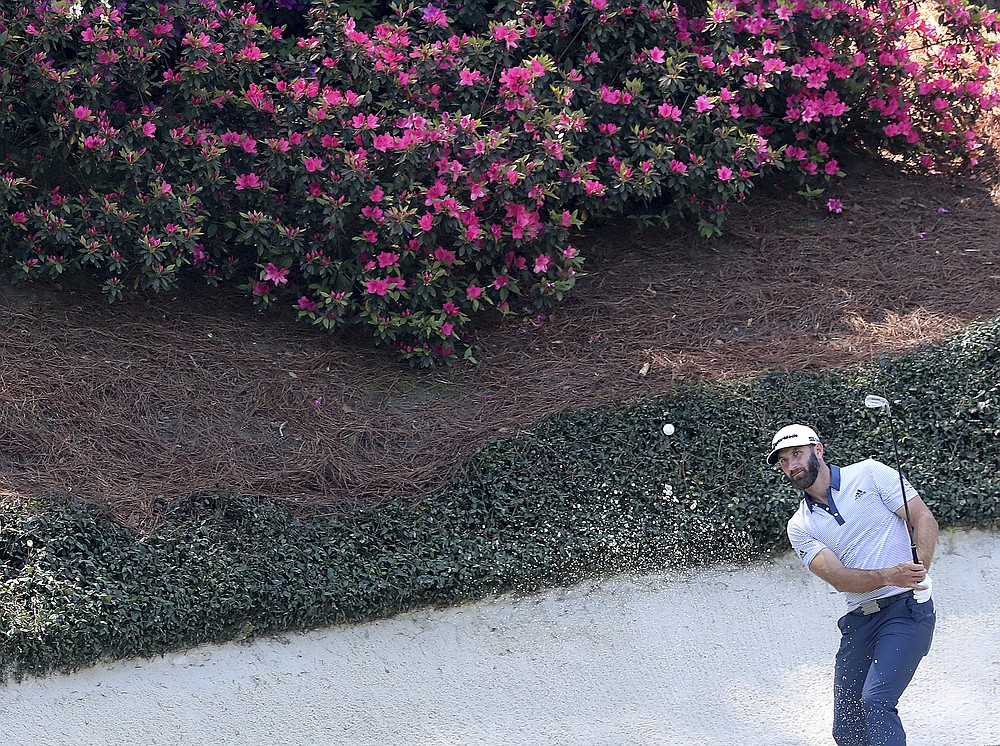 The azaleas are beginning to pop as Dustin Johnson hits his bunker shot to the 12th green during his practice round for the Masters at Augusta National Golf Club on Tuesday, April 6, 2021, in Augusta, Ga. (Curtis Compton/Atlanta Journal-Constitution via AP) 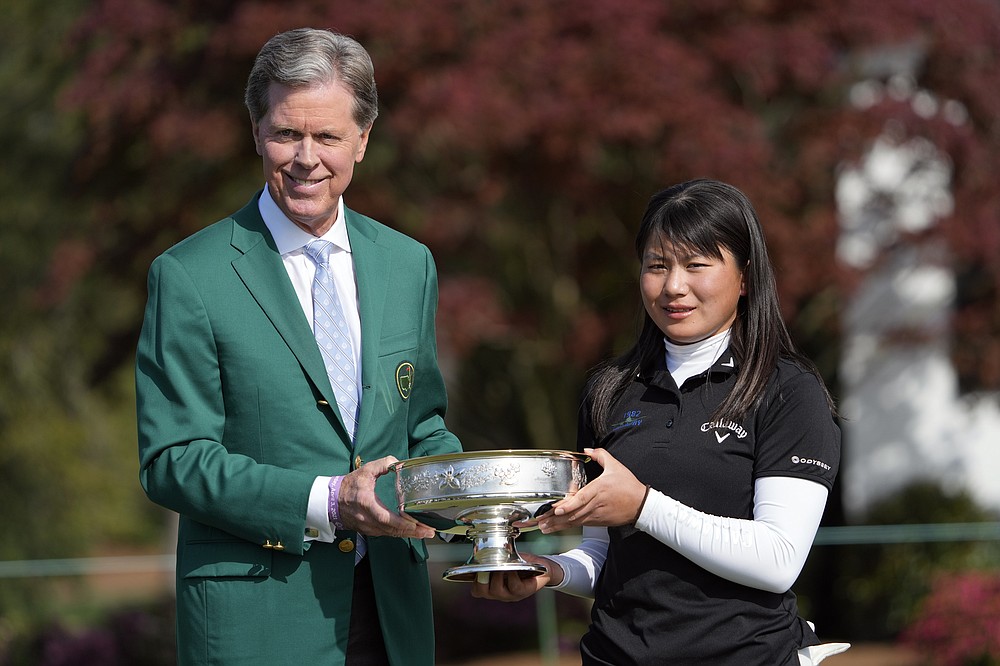 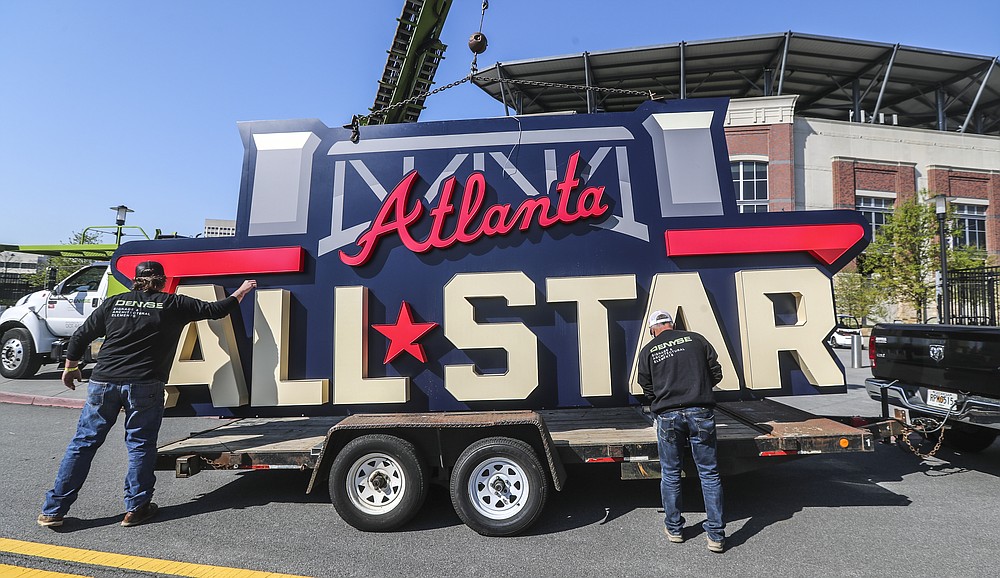 Workers load an All-Star sign onto a trailer after it was removed from Truist Park in Atlanta, Tuesday, April 6, 2021. Major League Baseball plans to relocate the All-Star Game to Coors Field in Denver after pulling this year's Midsummer Classic from Atlanta over objections to sweeping changes to Georgia's voting laws, according to a person familiar with the decision. The person spoke to The Associated Press on condition of anonymity Monday night, April 5, 2021, because MLB hadn’t announced the move yet. (John Spink/Atlanta Journal-Constitution via AP) 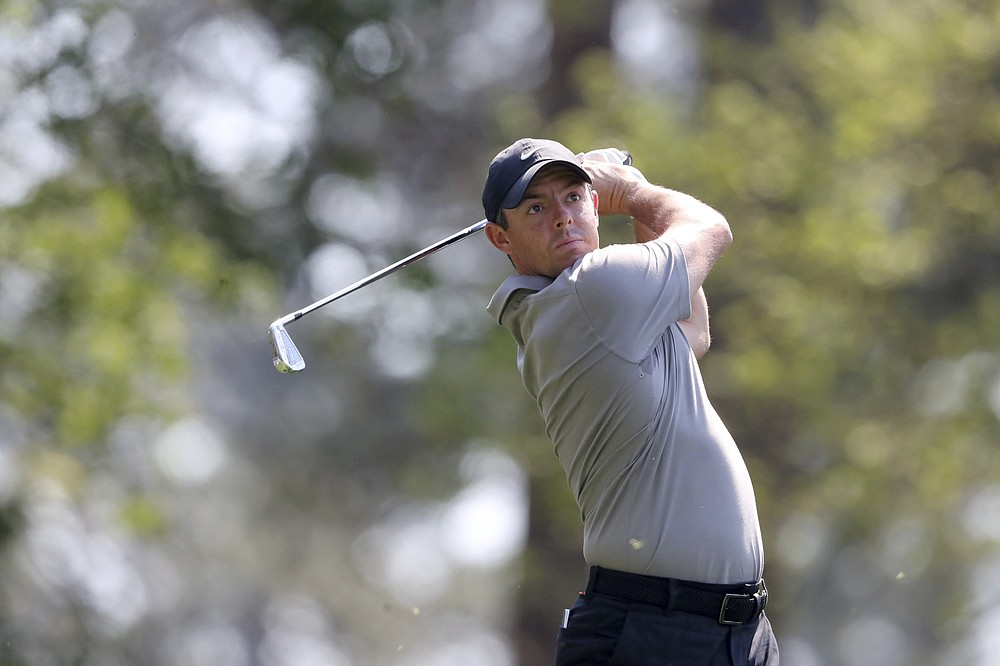 Rory McIlroy tees off on the fourth hole during a practice round for the Masters golf tournament at Augusta National Golf Club on Wednesday, April 7, 2021, in Augusta, Ga. (Curtis Compton/Atlanta Journal-Constitution via AP) 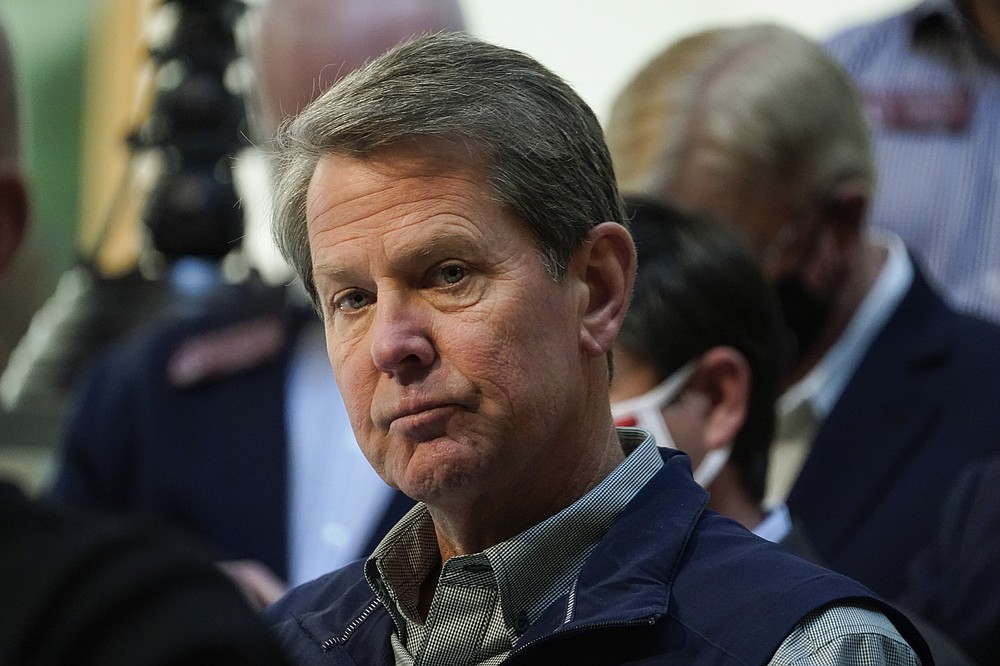 Georgia Gov. Brian Kemp listens to a question during a news conference at the State Capitol on Saturday, April 3, 2021, in Atlanta, about Major League Baseball's decision to pull the 2021 All-Star Game from Atlanta over the league's objection to a new Georgia voting law. (AP Photo/Brynn Anderson)