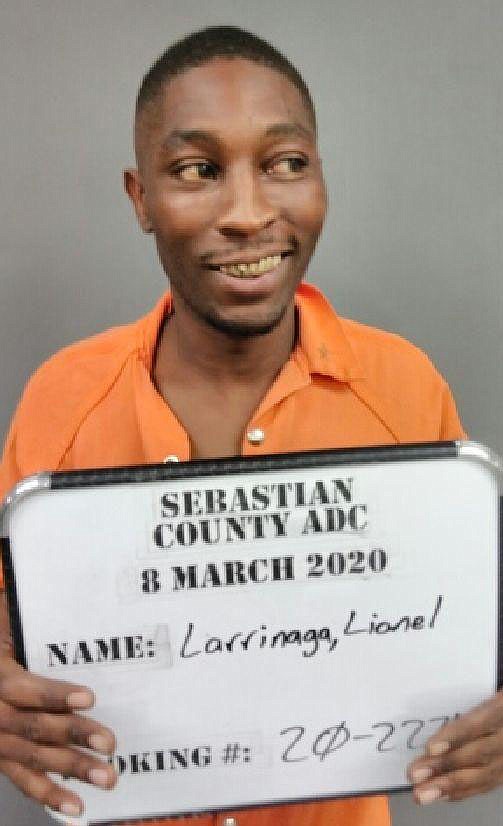 FORT SMITH -- A man was charged in Sebastian County Circuit Court on Monday in a fatal shooting last summer.

Lionel J. Larrinaga, 35, of Fort Smith was charged with one count of reckless manslaughter and one count of felony with a firearm, according to a news release from Sebastian County prosecutor Dan Shue. Bail was set at $50,000.

Police received a 911 call about a shooting at Allied Gardens Estate Apartments, 5221 Johnson St., at about 11:30 p.m. Aug. 17, according to a probable cause affidavit. Police learned Averill James Jr., 18, died at the hospital from a gunshot.

A witness told police a man called "Six" Larrinaga ran from Allied Gardens immediately after the gunshots. Another witness told officers he had seen James and Larrinaga arguing and later fighting on the day of the shooting. The witness heard a gunshot and saw James "rushing away" from where he and Larrinaga had been fighting before he collapsed on the ground, the affidavit states.

A third witness told police she was outside her apartment when she heard yelling and scuffling before gunshots, according to the affidavit. She also saw two men, including James, moving quickly in different directions.

A fourth witness said Larrinaga told him he was involved in James' death.

An autopsy by the state Crime Laboratory found James died from a gunshot, with the muzzle within inches of his body when fired, according to the affidavit.

Police arrested Larrinaga on Thursday on a manslaughter warrant in James' death, according to police spokesman Aric Mitchell.

Larrinaga will be arraigned at 8:30 a.m. Wednesday, according to Shue.