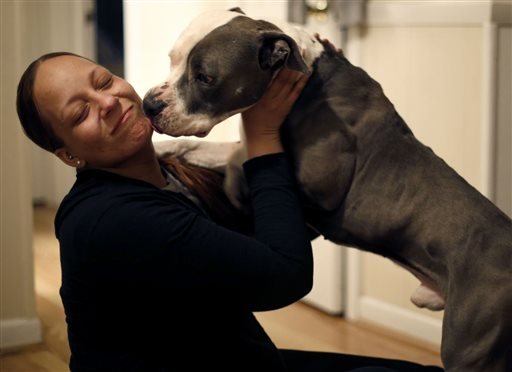 Maumelle's City Council on Monday lifted a dog-breed ban that has been in place for decades and has been the subject of contentious debate over the past several weeks.

The council approved by a 5-3 vote an ordinance intended to provide clarification on what is considered a "dangerous or vicious" dog, as well as the requirements for owners if a dog is placed within that category.

The ordinance also addresses enforcement of animal laws within the city, as well as the removal of a pit bull ban.

The decision to lift the dog-breed ban was met with cheers and applause from some audience members who held signs asking council members to approve the legislation.

It was the second time in two years that the council had discussed repealing the breed-ban ordinance, and tension surrounding the ban had escalated for several weeks, with City Council members and residents speaking passionately about the issue.

"I simply can't talk about this without tears in my eyes," Holt said before the vote was taken. "God have mercy on our souls. I will vote no on this until the day I die."

Multiple public comments from both sides were read during the meeting, but Monday was the first time the majority of the statements were in favor of approving the ordinance and lifting the dog-breed ban.

Mosley has tried multiple times to put the issue before voters but has fallen short.

"I haven't seen this type of division and ill will toward other people since 2001," he said. "I am sorry this was even brought up. This will alienate half the residents no matter who wins this."

Mosley tried again Monday to put the issue on the 2022 ballot, but it failed again to garner enough votes.

Council Member Michael Tierney said he read through all the emails he had received, eliminating the ones that were from the same people and emails from those who weren't from Maumelle.

The bulk of the changes had to do with the label of "dangerous" or "vicious" dogs and the requirements for owners if their pets were placed into that category.

Mayor Caleb Norris spoke publicly about the issue for the first time after the ordinance was approved. He read an email he had received that mentioned how it was time for the city to move on and get past the conflict that has consumed council members for weeks.

"It has been disheartening and frustrating," he said. "With this being over for now, hopefully we can get back to other issues."