Sharing The Showtunes: Broadway comes to Baum Walker at WAC 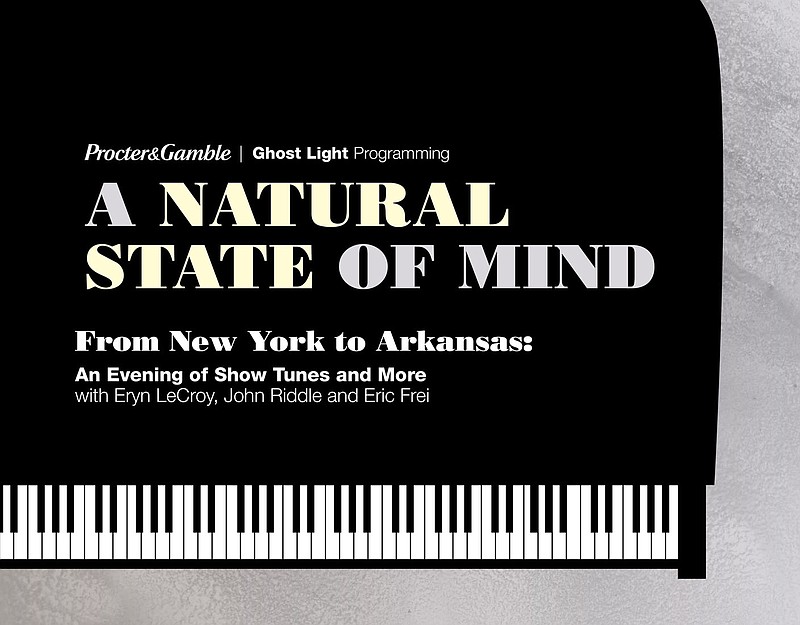 Broadway co-stars and friends Eryn LeCroy and John Riddle reunite for a brand new show in Fayetteville, developed just for the Walton Arts Center. The pair took their last bows as Christine and Raoul in “The Phantom of the Opera” on Broadway some 30 minutes before the pinnacle of theater officially shut down due to covid concerns. (Courtesy Image/Matthew Murphy)

When Broadway's Christine and Raoul from Andrew Lloyd Webber's "The Phantom of the Opera" find themselves together again on the Walton Arts Center stage in Fayetteville, you know they're sure to perform "All I Ask of You" from the iconic musical. What else Eryn LeCroy and John Riddle will do during "An Evening of Show Tunes and More," audiences will have to wait and see.

"A Natural State of Mind: From New York to Arkansas" gets the Oklahoma City University grad back on stage with her co-star for one of the first times since Broadway was forced to completely shut down last spring.

"'Phantom of the Opera' was actually the only show performing the day Broadway went dark. We had a Thursday matinee, no other shows on Broadway had Thursday matinees," LeCroy recalls of that final performance at the Majestic Theatre in New York City.

"And we found out, I kid you not, moments before my first entrance. At the top of the show, I was getting ready to go out for my first big number, and a friend of mine backstage turned to me ... he was on his phone, [and] he said they made the announcement: They're shutting down Broadway today at 5 o'clock. So we took our final bow at 4:30, we had a mandatory company meeting right after the show, it was something!"

"A Natural State of Mind" brings the pair of friends to Fayetteville -- Riddle for the first time, LeCroy for a cozy welcome back to see friends and family in the area -- along with pianist Eric Frei to perform a show created just for the Walton Arts Center. Between solos and duets, the pair will sing throughout the evening, LeCroy and Riddle will also share backstage stories from "Phantom," anecdotes about their careers, inspirations and fulfilling that big dream of making it to the Great White Way.

"I think one of the biggest things that we're all really missing as performers -- because, of course, we can still sing in our own space -- but what we're missing is the collaboration and the teamwork," LeCroy says of putting the show together. "Because what we do with shows, it's all about the collaboration and the people and the teamwork. And when you get to come together again, to do something like that, I just find that there's just something in our hearts and our souls that has just been missing for a little bit, that ignites when we get to come together."

Even though the pandemic decimated the theater industry, the performers, just like the audiences, are eagerly awaiting their return to the wings. While her resume is padded with titles familiar to most, and some that only true theater enthusiasts may recognize, "Phantom" was LeCroy's Broadway debut. She was nearing the end of her contract just before covid hit, as she prepared to join the premiere cast of the upcoming "1776" revival. Thankfully, the revival is still in the works -- set to debut on Broadway in 2022 -- and LeCroy has gotten creative with ways to keep her chops up and continue to prepare for the role(s).

"Obviously, we've all had to find new routines. And that's, I think, just been one of the hardest things is that huge transition," she says. "I mean, you know, a lot of performing artists in our community in New York not only lost their jobs for a while, some have had to leave New York, temporarily. So you're also losing your home, your community you've built, for a while. And granted, I think it's all temporary. But it's been a challenge sometimes as to what to do in the meantime, as to how to keep up your art, how to keep up your craft, when there is really no outlet for it right now. It's challenging. But there's still hope. And that's what we have to cling to during this time."

Visit nwaonline.com/podcast to hear the rest of the conversation with LeCroy where, even through the phone, her joviality is palpable. 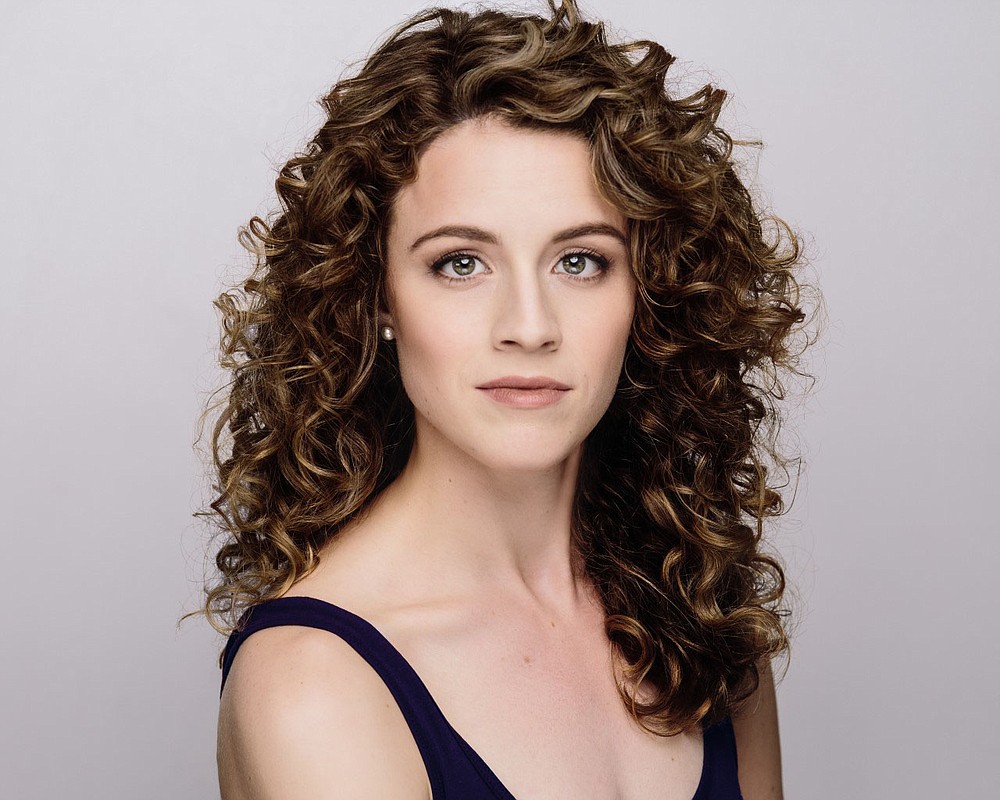 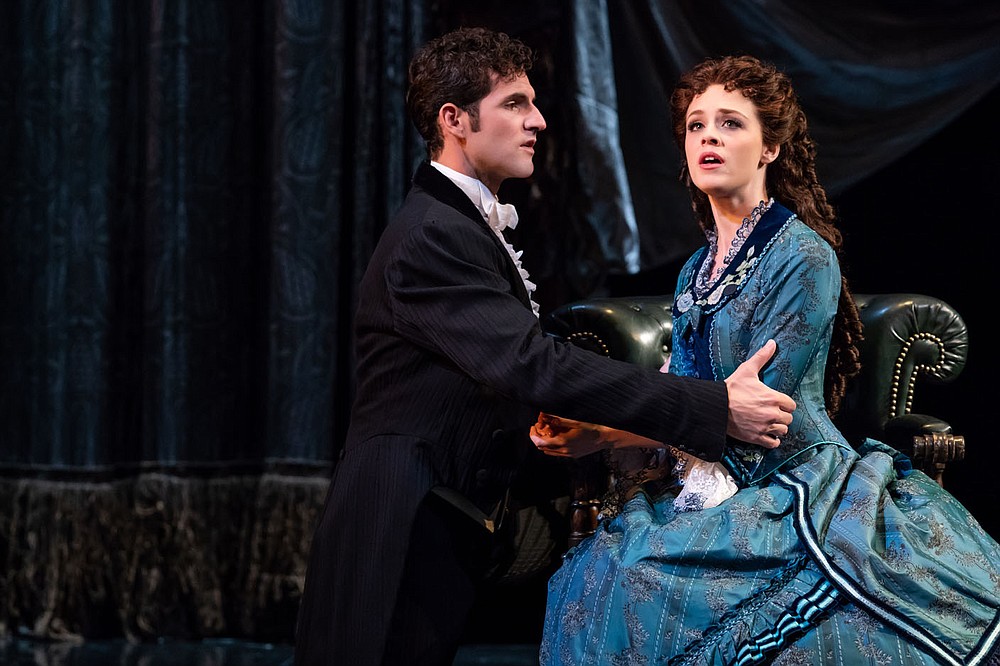 Broadway co-stars and friends Eryn LeCroy and John Riddle reunite for a brand new show in Fayetteville, developed just for the Walton Arts Center. The pair took their last bows as Christine and Raoul in “The Phantom of the Opera” on Broadway some 30 minutes before the pinnacle of theater officially shut down due to covid concerns. (Courtesy Image/Matthew Murphy)
More News

‘A Natural State of Mind: From New York to Arkansas’

FYI — Listen to the podcast interview with LeCroy at nwaonline.com/podcast.