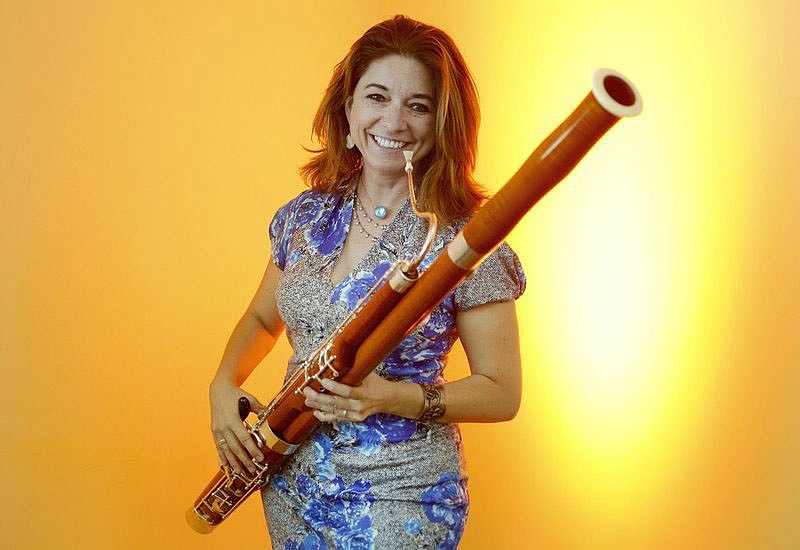 Lia Uribe, 2020 Artist INC Live facilitator, is also a professor of bassoon at the University of Arkansas and principal bassoonist of the Symphony Orchestra of Northwest Arkansas and the Arkansas Philharmonic Orchestra. (NWA Democrat-Gazette/David Gottschalk)

As live music returns to downtown Springdale, a new partnership between the Downtown Springdale Alliance and Creative Arkansas Community Hub & Exchange (CACHE) has the Live at Turnbow music series poised to reflect the fruits of a collaborative effort to grow diversity, as well as communal ties.

Maximiliano Perez is the program coordinator at 214, the Springdale creative hub that houses CACHE, the arts service organization arm of the Northwest Arkansas Council. As a Springdale native, Perez has been a community organizer in the arts and music scenes in the town for years and views this new position with CACHE as an opportunity to expand those relationships he's spent years cultivating.

"This is a really great opportunity for us to support a local organization that's been planning cool shows, but has needed some additional support, and then also a great way for us to plug in local artists and programmers, producers -- just connecting these two entities that haven't really had that chance before," Perez says of the joint effort between DSA and CACHE.

The returning dates for the monthly series were just announced, so only the first lineup has been set. But Perez says he is looking forward to mining his colleagues' varied musical tastes to curate programming that exhibits the richness of the region's music -- not only between styles, but within them as well.

Beginning April 29, the last Thursday of the month will offer a blend of country, folk, bluegrass, mariachi, funk and more music performances through September. That first concert features Jess Harp -- a group who blends shoegaze and honkytonk that lands somewhere in the realm of self-described "boot-gaze" -- Oklahoma-bred singer-songwriter Kalyn Fay, and post-country/Western troubadour Dylan Earl.

"If you look at a lot of singers and writers here, you would see that it's not that simple. My goal with every show, but especially as I've been giving a lot of thought to the series, is just showing the nuance of the talent here, and showing that Arkansas is a really interesting place with diverse and complex stories that don't just fit into these molds that are given to us."

Walter Turnbow Park off the Shiloh Square is already a familiar gathering place, but with the new Downtown Outdoor Dining District born of the pandemic, the area is even more enticing.

"Turnbow Park is really an ideal setting for an outdoor concert," Jill Dabbs, executive director of Downtown Springdale Alliance, confirms in a press release on the series. "It's right off the Razorback Greenway, making it easy to walk and bike there. It's spacious with plenty of seating, and it's an easy walk to grab a bite to eat or drink from one of our bars and restaurants."

With such community-oriented businesses pouring into the vibrancy of downtown alongside vital nonprofit and cultural organizations, Perez says the growth he's seen in Springdale since his childhood and its offerings to the community have been a hard-fought battle that he's proud to be an even bigger part of.

"I really think it's just a testament to a lot of people's hard work," he says.

"More than anything," Perez adds, turning back to the music series, "we're just going to try to keep up having exciting and diverse lineups for every show. We're super excited to make a series out of this and to really give it some more identity. And this first show does kind of give us a nice kicking off place to start." 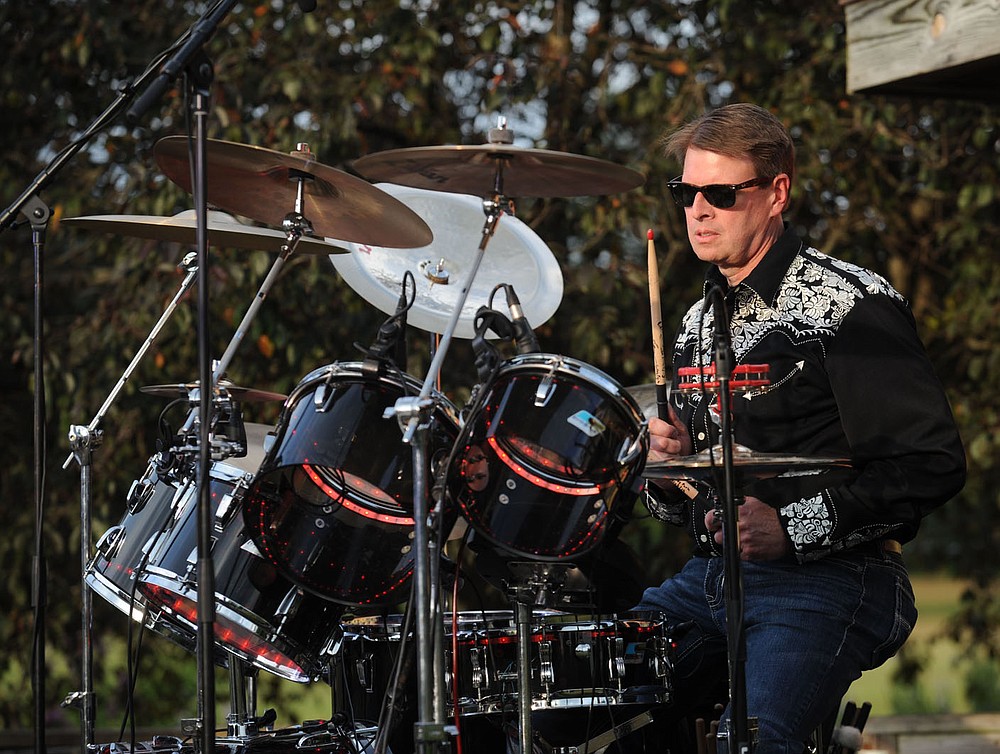 Singer/Songwriter Shannon Wurst will be the featured storyteller for a very special Tales from the South Annual Ozark Music Show on Tuesday evening, January 22, 2013. 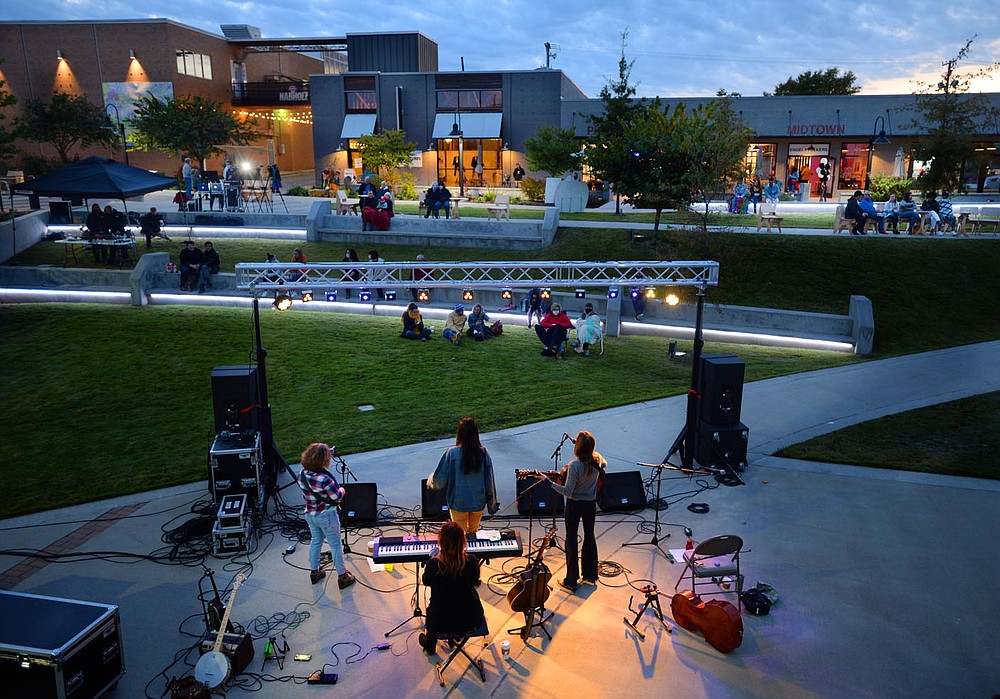 Members of the local band Dandelion Heart perform Thursday, Oct. 15, 2020, as a part of the LIVE! at Turnbow Park concert series in Walter Turnbow Park at Shiloh Square in downtown Springdale. The free concert was presented by Engel & Vˆlkers NWA, Downtown Springdale and Springdale Parks and Recreation. The next concert in the series features Pura Coco and Neako 6 p.m. Thursday with concerts planned for each of the next three Thursdays. Visit nwaonline.com/201016Daily/ for today's photo gallery. (NWA Democrat-Gazette/Andy Shupe) 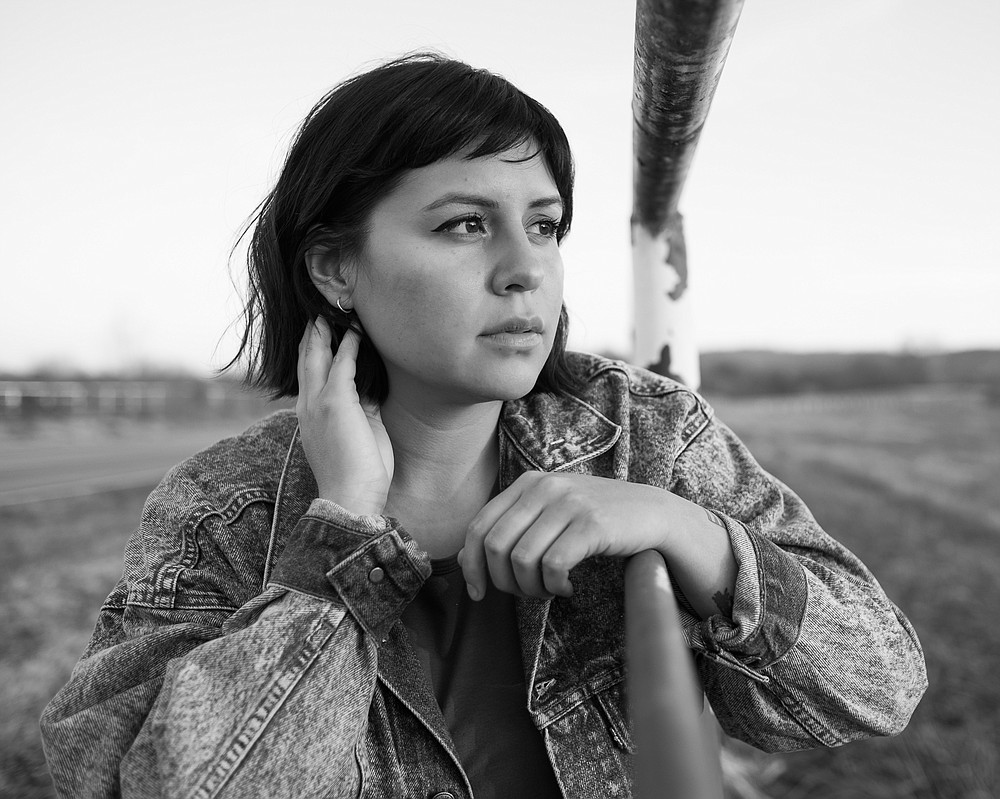 WHERE — Turnbow Park in Springdale