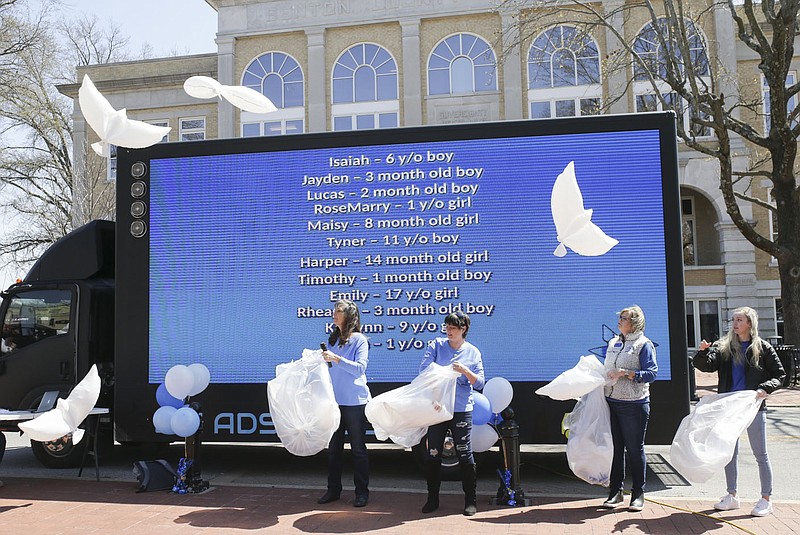 One was to remember 6-year-old Jersey Bridgeman, a Bentonville girl murdered in 2012. Her killer -- Zachary Holly -- was found guilty of capital murder, rape and kidnapping. He was sentenced to death.

"These names speak volumes. These are angel babies. They have wings. Some of them knew love in life and were taken overnight like our little Jersey," she said.

The event recognized April as Child Abuse Awareness and Prevention Month. The rally was sponsored by the Children's Advocacy Center of Benton County.

Susan Hutchinson, Arkansas' first lady, spoke at the rally. She was once on the advocacy center's board of directors.

Hutchinson said she was warned about "stranger danger" when she was growing up, but that's not the worst danger. She learned through her involvement with the center that 92% of the children who suffer at the hands of adults know the perpetrators.

Hutchinson said the center provides a comforting and safe environment where children can tell their stories without being further traumatized by having to go to police departments. She encouraged people to support the center financially and to volunteer their time.

Natalie Tibbs, the center's executive director, said they served 970 children last year and there were 433 confirmed cases of child abuse in the county.

Tibbs said the purpose of Friday's event was to raise awareness that child abuse exists.

"I would love to tell you that it's going away and there's nothing to be concerned about," she said.

The center is placing more than 15,500 pinwheels at several places across Benton County. Tibbs said there's a story behind each of the pinwheels representing an abused child in the state.

She said everyone has a role in protecting children. 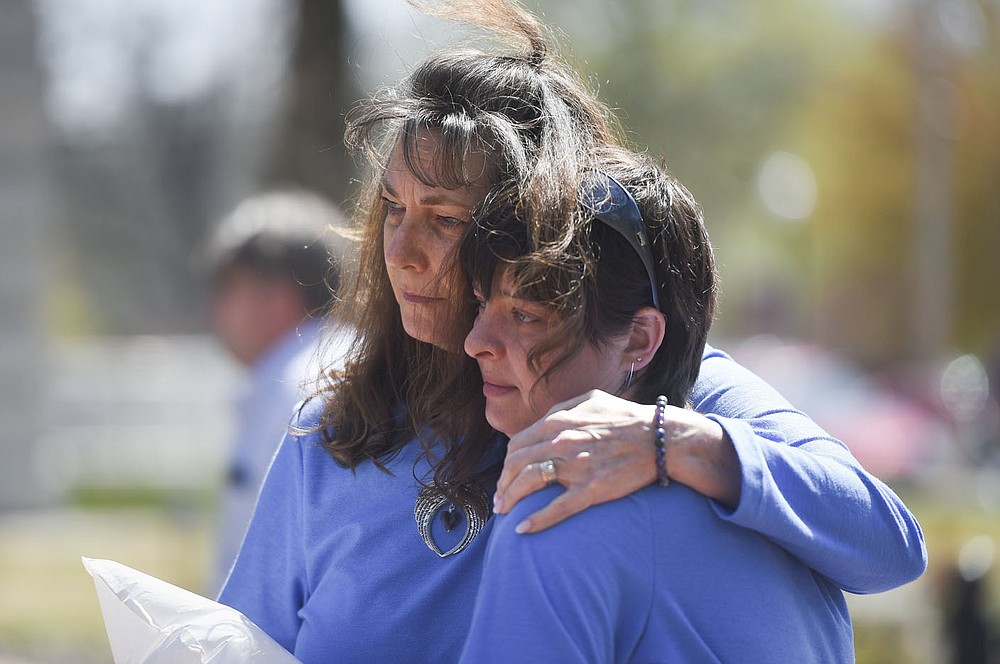 Vickie Price (from left) and DesaRae Crouch embrace, Friday, April 2, 2021 at the downtown square in Bentonville. The Children's Advocacy Center of Benton County Pinwheels for Prevention kicked off Child Abuse Awareness Month with speakers and an honorary dove release in remembrance of children lost to abuse in the community. Check out nwaonline.com/210403Daily/ for today's photo gallery. (NWA Democrat-Gazette/Charlie Kaijo)
ADVERTISEMENT