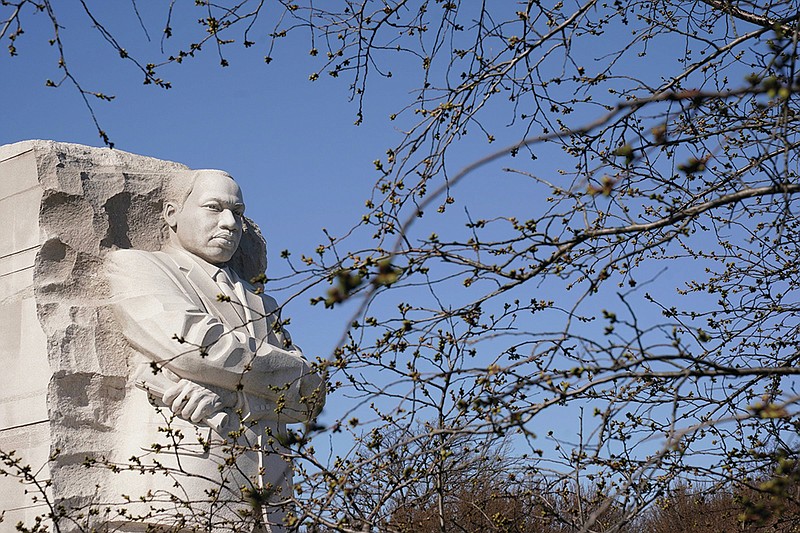 Organizers have canceled this year's Easter service at the Lincoln Memorial in Washington, D.C., because of covid-19 concerns, but a smaller celebration, spearheaded by an Arkansas minister, will still take place this weekend at the Martin Luther King Memorial in the nation's capital.

The Rev. Arthur L. Hunt Jr., a Dumas native, applied for and received a National Park Service permit authorizing up to 50 participants to gather at the site to "Honor Rev. Dr. King with biblical readings from the bible, music and worship, [and] declarations to God."

A theme of the gathering is "Just God...No Brands...No Labels."

Participants will be "honoring the Resurrection weekend with deposits of love, hope, and healing," the permit states.

In an interview, Hunt said the event will honor "Christ and King" as well as "Christ the king."

Much of the time will be spent reading scripture, with representatives from across the country agreeing to read either in person or remotely, he said.

The old and new testaments have been divided into 51 segments and parceled out; Arkansas has been assigned a portion of Genesis, he said.

If all goes according to plan, the entire book will be completed.

Members of Unlocking Autism, a national faith-based nonprofit group, have volunteered to read many of the passages.

Today's proceedings will pause for a wreath laying and memorial service led by members of the Alpha Phi Alpha fraternity, he said.

Hunt, who also serves as Arkansas state coordinator for the National Day of Prayer, said covid-19 restrictions nearly prevented the group from gathering.

On March 23, the National Park Service announced that it would be restricting pedestrian access to the Tidal Basin as its cherry blossoms are peaking, a move designed to limit gatherings and lessen the chances of covid-19 spreading.

The King memorial overlooks the basin and is in the restricted zone.

Officials briefly canceled Hunt's permit but agreed to reinstate it after he promised to scale back some of the plans and to limit the number of participants, he said.

This is the 53rd anniversary of King's "I've Been to the Mountaintop" speech at Memphis's Mason Temple, in which he said: "Like anybody, I would like to live a long life. Longevity has its place. But I'm not concerned about that now.

"I just want to do God's will. And He's allowed me to go up to the mountain. And I've looked over. And I've seen the Promised Land. I may not get there with you. But I want you to know tonight, that we, as a people, will get to the promised land."

The following day, King was assassinated while leaving his room at the Lorraine Motel; he was 39 years old.

Organizers of this weekend's gathering include include Unlocking Autism founder Shelley Hendrix McLaughlin, who is traveling from Baton Rouge, La., to participate.

"Our hope is that this effort will be the beginning of some healing for our country," she said.

Hunt, the son of a Church of God in Christ minister, is a former music industry executive and pastor as well as the chief executive officer and founder of The College of Aspiring Artists, which "promotes creative human capital and talents as a driver to economic and socially responsible empowerment."

He brought a group from Arkansas to attend the dedication of the memorial in 2011. He has returned repeatedly to what he calls the nation's "spiritual pulpit."