Jamari Lyons, 6-4, 285 pounds, of Melborne (Fla.) Viera is talking to Fountain and Ashley and enjoying every minute of their conversations.

"They're pretty fun people to talk to," Lyons said. "We have great conversations with each other. After talking to them, I feel like if we build a better relationship they do have a chance of me committing there, but overall I love the atmosphere and I love the coaches there."

Fountain and Ashley double-team recruit Lyons while talking up Arkansas.

"Coach Fountain will pass the phone to Coach Ashley, we just all talk," Lyons said. "They say there's nothing like Arkansas. They tell me the normal stuff like everybody else like how they want me. They talk about what they're doing at Arkansas. They're not just building. They're trying to win games but trying to do things for the long run as well."

"I spent a couple hours with him and his coach back in January," Lemming said. "Hard working with good size and a great first step. He's aggressive and has violent hands. He can play end or tackle."

Lyons, who has a 325-pound bench press and 500 squat, has enjoyed a virtual visit with the Razorbacks staff.

"They asked questions about me and about my family," Lyons said. "How we're doing since covid hit. They were making sure I was good and my family was straight."

The coaches showed off Arkansas' campus and facilities, including the Jerry and Gene Jones Family Student-Athlete Success Center.

"They showed us the nutrition area, the study hall," Lyons said. "They showed us how they practice. The indoor facility is near the weight room. There's big windows that shows the practice facility. I got to talk to the head coach a little bit."

The tour of the facilities was something unique to Lyons.

"I was like, 'wow' like I was amazed," he said. "I had never seen anything like that. I see all these other schools, but that was really different. I've never seen a weight room connected to a facility That was brand new to me. They have two different locker rooms."

Lyons, who has a 3.0 grade-point average, is interested in forensic science because of television crime shows and a class at school.

"I took a class last semester," he said. "It was a forensic science class, and it was like who committed the murder? How do you solve the crime?"

He's looking to narrow his list of schools to five or seven sometime in April. Lyons said the Razorback are in the mix for him.

If he visits Fayetteville, it likely won't come in June.

"In June, I'm kind of booked and I have a team camp," Lyons said. "I have Florida the first week of June, the second week I'm going to Indiana and then I'm taking an unofficial visit to South Carolina."

Florida might be tough to beat for his signature.

"Grew up watching Florida," Lyons said. "Always loved Florida. So they always have a place in my heart but people have to make their own decision, so we'll see how it plays out." 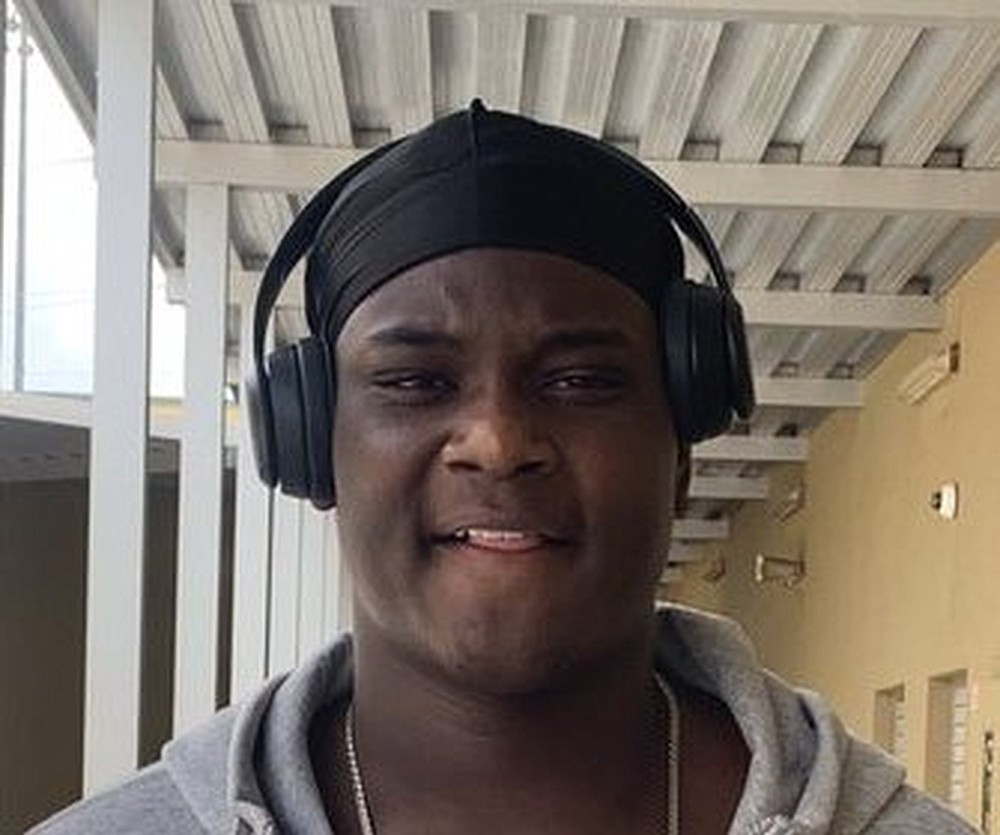