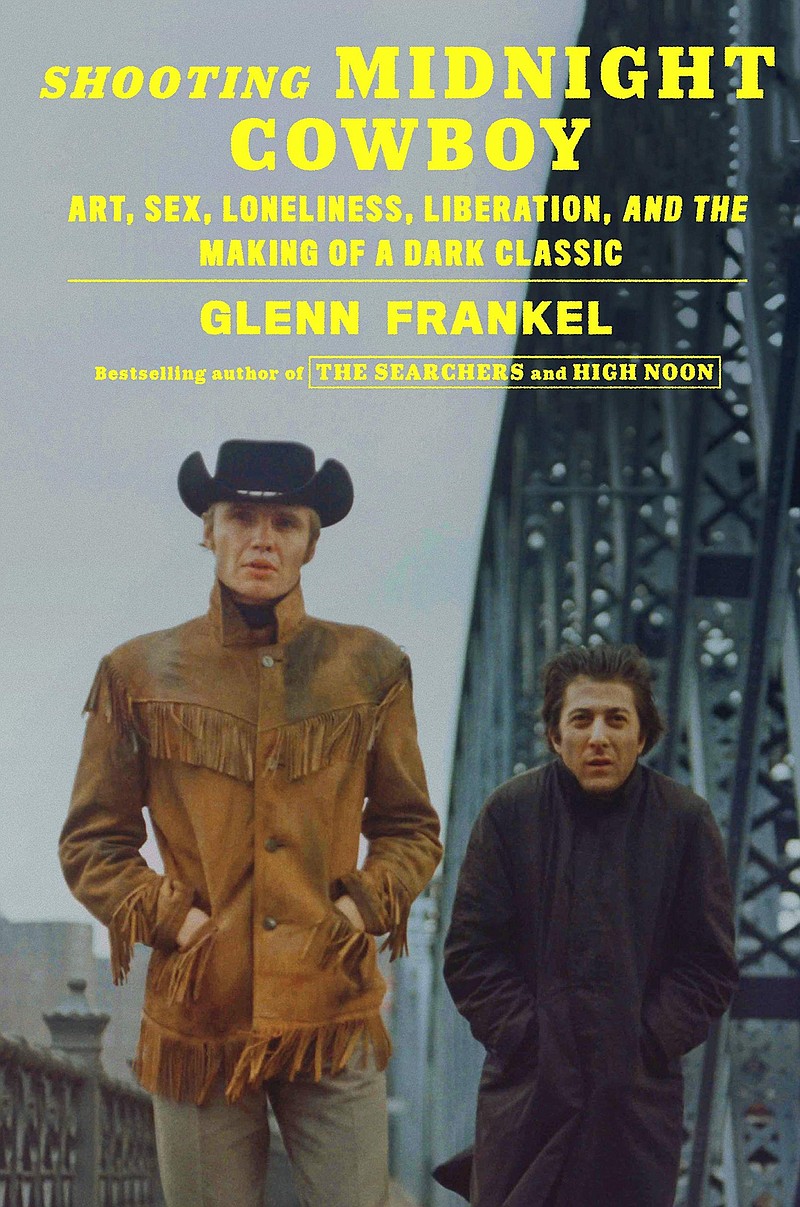 I've talked with a few people in their 20s, and they were surprised that one of the biggest box office hits from 1969 was a then-X-rated movie about a Texas dishwasher who wants to make it in New York as a professional lover for rich women. It starred Angelina Jolie's dad, Jon Voight, and the guy from "Tootsie," Dustin Hoffman.

While it came out a month before the Greenwich Village Stonewall Uprising, it explored LGBT issues with a frankness that can still raise eyebrows.

Schlesinger remembers how, in the '90s, he asked a studio head if he could back a movie like "Midnight Cowboy."

"I'd show you the door," the executive replied.

Glenn Frankel, who has written thoughtful takes on other classic films like "The Searchers" and "High Noon," reveals in the recently published "Shooting Midnight Cowboy: Art, Sex, Loneliness, Liberation and the Making of a Dark Classic" (Farrar, Straus and Giroux, $30) that the movie and its later success seemed similarly preposterous in 1969, but it's unlikely that it could have been produced during any other era.

The Production Code of 1933 prevented any depiction of lovemaking on screen, much less images of orgasms or of oral sex. With neither musicals nor epic roadshows like "Lawrence of Arabia" guaranteeing that viewers would leave the comfort of home for the big screen, studios needed something to lure audiences. Offering content that couldn't air on TV was part of the reason why the current Motion Picture Association rating system began in 1968.

While a legend has built up around how Schlesinger and United Artists defied an X-rating on their way to Oscar gold, Frankel reveals that the distributor exploited the fledgling system to gain attention for the film. Since the rating didn't yet stigmatize a movie as pornography, the studio was able to use the controversy as a selling point. (Its current "R" rating is what the board originally assigned to the film.)

Frankel spent four years researching the making of the film, and the facts are as intriguing as any of the myths. In addition to listing whom Schlesinger originally wanted for wannabe gigolo Joe Buck (Voight) and his partner in desperation Enrico "Ratso" Rizzo (Hoffman), Frankel explores the more relevant concerns about how "Midnight Cowboy" both defied and followed the conventions of Hollywood films.

Herlihy, who was a distinguished visiting professor at the University of Arkansas in 1983, and Schlesinger were both gay. In addition, Schlesinger, who wasn't open about his sexuality until the '90s, was unique in that his movies "Darling," "Midnight Cowboy" and "Sunday Bloody Sunday" depicted gay relationships that didn't end in death. (In "Darling" the one morally grounded character is a sexually active gay man.) "Shooting Midnight Cowboy" mentions a long string of movies from the era that treated homosexuality as if it were lung cancer.

That said, gay and straight critics have taken "Midnight Cowboy" to task for making Joe Buck's descent into working as a hustler on New York's 42nd street seem like a degradation. There may now be a Criterion Collection Blu-Ray of the movie, but Roger Ebert found it "an offensively trendy, gimmick-ridden, tarted, vulgar exercise."

I recently watched the movie again for the first time in 30-plus years and still found it remarkably moving. Joe Buck's career plans are pretty boneheaded. Even Herlihy admits in the novel, "Joe knew he was no great shakes as a thinker."

Nonetheless, his life in the Lone Star State is as bleak and hopeless as what he discovers in 1969 Manhattan. Having fallen for a woman he can never love again and being unable to live down being abandoned by his parents and only partially cared for by his grandmother, Joe Buck has few options. In small towns, people don't forget your misfortunes or your mistakes. Because his birthplace won't accept him, he has no choice but to leave.

In an interview I conducted with "Darling" screenwriter Frederic Raphael, he told me that Schlesinger's strength is in observing how people behave. Despite hailing from Yonkers, N.Y., Voight nails a Texas drawl and makes Joe's simple wish for survival and dignity compelling. Similarly, Hoffman makes a limping petty thief oddly sympathetic, and the growing bond between the men is what makes the movie work. The world isn't kind to people like Joe and Ratso, but their attempts to make do with living in a condemned building look real even though they were filmed in a studio.

Voight and Hoffman are still around, but many of the key contributors to "Midnight Cowboy" are long gone, Herlihy's loss is particularly tragic because he never again achieved anything so successful. Like far too many people, he contracted HIV and committed suicide as AIDS took its toll on him. Frankel's book focuses primarily on him, and his struggles for acceptance are as poignant as his fiction.

Frankel reminds us that movies and especially films that live in our heads long after the credits roll don't emerge from a vacuum. They can be snapshots of an era. Members of Andy Warhol's Factory show up in "Midnight Cowboy" to give the climactic party scene some authenticity. (Unlike Warhol, Hellman elected to pay the artist and avant garde filmmakers: stars for their time.)

At the same time, "Midnight Cowboy" works because there will probably always be people like Joe Buck and Ratso Rizzo for whom mere survival is a challenge. Their tales can be just as involving and worthy of discussion as those of the winners. They might even have more value because they aren't as readily available. Their real world counterparts probably don't wear silly cowboy outfits or walk with a limp, but they still exist.

"Midnight Cowboy" is readily available for rent and is currently part of HBO Max.