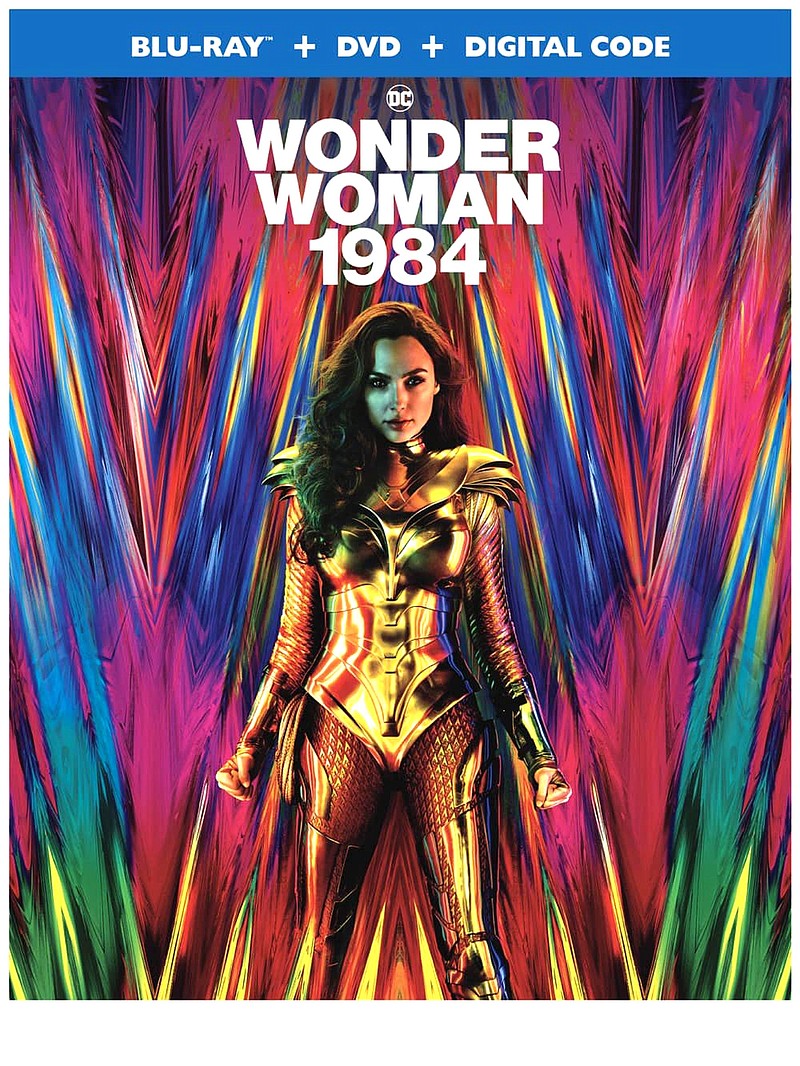 The original "Wonder Woman" film, released in 2017, is an exhilarating thrill ride that made magnificent Gal Gadot a star. And now there's this sequel. One-word description: Meh.

Although director Patty Jenkins has some fun with iconic 1980s kitsch -- padded shoulders, leg warmers, "members only" jackets, and exuberant big hairstyles -- the plot is kinda dopey, involving Diana Prince (Gadot) pursuing a career curating ancient artifacts in between low-key assaults on bad guys. But that wouldn't make much of a superhero story, would it? So she gets to pull out the big guns to battle evil Maxwell Lord (Pedro Pascal) and the Cheetah (Kristen Wiig), who starts out as a bumbling sweetheart then deteriorates for stupid reasons into a mean girl with super-human strength.

Yawn. Didn't work for me. And 151 minutes of repetitive nonsense is pretty exhausting. Let's hope the next one is shorter, if not better. With Chris Pine, Robin Wright, Connie Nielsen.

"A Perfect Planet" (TV-PG, 4 hours, 5 minutes) This breathtakingly beautiful and intelligent series (five episodes) analyzes how the forces of nature, including the power of the sun and ocean currents, allow for and shape life on the earth. You'll learn so much, painlessly. Narrated by David Attenborough; directed by Huw Cordey and Nick Shoolingin-Jordan.

"Another Round (Druk) " (not rated, 1 hour, 57 minutes) This is a thoughtful, instructive film, illuminated by moments of humor and sadness; such a description may indicate it's pendantic and boring, but that's not the case. It concerns four high-school teachers who decide to test a theory (and their longtime friendships) that their quality of life will increase by maintaining a constant level of alcohol in their blood. Breathalyzers in hand and spirits stashed in lockers and desks, they embark with enthusiasm on their not-quite-scientific experiment. With Mads Mikkelsen, Thomas Bo Larsen, Lars Ranthe, Magnus Millang; co-written and directed by Thomas Vinterberg. Subtitled.

"The Projectionist" (not rated, 1 hour, 21 minutes) An enlightening and respectful documentary that involves a conversation with Nicolas Nicolaou, a film-loving native of Cyprus who came to America as a kid and eventually became the proprietor of a cinema complex in Queens in the 1970s, when the industry was at its sleaziest. With Abel Ferrara ("Bad Lieutenant"), who directs.

"The Widow" (not rated, 1 hour, 26 minutes) A folk horror thriller, none too expertly made, concerning a remote and heavily wooded region north of Russia's St. Petersburg, where people have been disappearing for three decades. Locals suspect the disappearances are caused by a spirit known as the Limping Widow. With Oleg Chugunov, Viktotiya Potemina; directed by Ivan Minin. Subtitled.

"Wheeler" (PG, 1 hour, 40 minutes) Not quite documentary, not quite narrative, this self-centered and too-indulgent hybrid follows the journey of an aspiring musician from Kaufman, Texas who travels to Nashville, intending to realize his dream of being a country music star, where he interacts with real people in real locations and has live musical performances. With Stephen Dorff, Kris Kristofferson; written by Dorff and Ryan Ross, who also directs.

"The Arbors" (not rated, 1 hour, 59 minutes) Set in a dreary small town, this droopy and pointless sci-fi effort tries to make something out of a small-town locksmith who sees his slipping-down life further deteriorate when he forms a weird connection with a curious creature with bad intent. With Drew Matthews, Ryan Davenport, Sarah Cochrane; co-written and directed by Clayton Witmer.