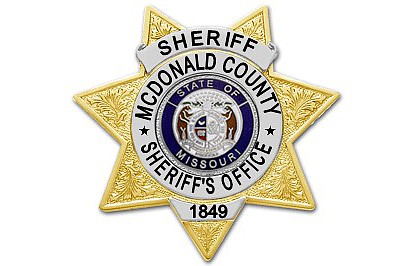 PINEVILLE, Mo. -- After 30 years of investigation, recent DNA extraction and genealogy tracing, the identity of a cold case victim has been determined.

Detectives were told that it would only be by the "Grace of God" that she would be identified, leading to her unofficial name -- Grace Doe.

The long-unidentified body was discovered Dec. 2, 1990, near an abandoned farmhouse on Oscar Talley Road, between Lanagan and Pineville, according to reports. A couple collecting cans discovered her remains.

From then to the present, the Sheriff's Office has received calls from people from coast to coast with ideas on who the victim might be. Each tip was followed up on, with dental records and DNA used to exclude possible matches.

In September, Hall was contacted by Othram Inc., an advanced DNA testing facility, in regards to extracting DNA from the victim's skeletal remains.

At the beginning of this year, the Sheriff's Office received information candidate relatives for "Grace" had been identified through genealogy research.

Hall was given a list of names and tasked with tracking down the potential relatives. After attempting to contact the first two individuals with no luck, Hall got in touch with Danielle Pixler.

During the course of their conversation, Pixler confirmed she had a half-sister, Shawna Garber, who had been in foster care in Garnett, Kan., before being taken back into state custody. Pixler said she then lost touch with Garber.

For the last 28 years, Pixler has been searching for her sister.

In February, Pixler agreed to submit a DNA sample. Just one month later, a call from Othram confirmed Pixler was a match to "Grace," now confirmed to be Garber.

While this is a hard-fought success, it is only the first step of many in solving this cold case.

Hall says the Sheriff's Office must now back-track Garber's life in an attempt to trace her whereabouts to discover what and who led to her untimely death.