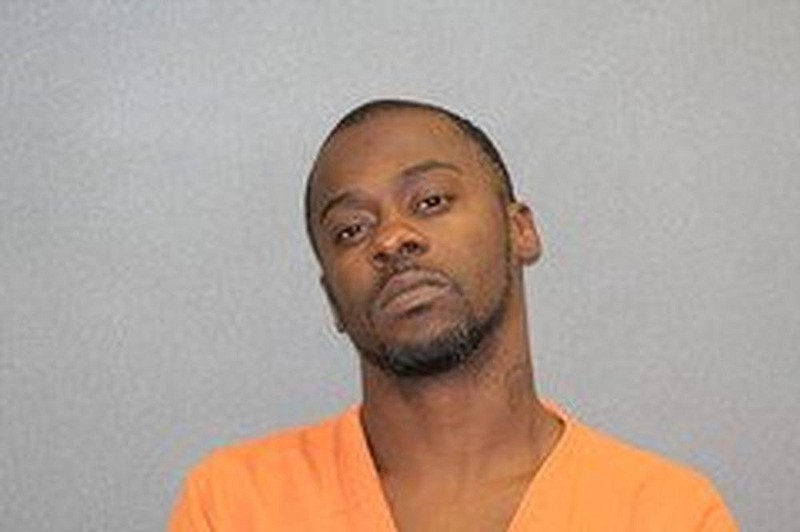 A second man wanted in the Sept. 3 shooting deaths of Kavon Mitchell and Emonya Moten was arrested Friday two states away in Kansas after being on the run for three weeks.

According to a release issued by the Parsons Police Department, Smith was apprehended about 2:30 p.m. in the area of Main and 29th streets in Parsons, in an operation that required traffic to be shut down while he was taken into custody.

Kansas Highway Patrol Capt. Scott Walker told the Pine Bluff Commercial on Friday night that the arrest, which was made during a traffic stop, went off without incident.

"We were called in to assist by the U.S. Marshals Service," Walker said. "He was staying in Parsons with friends, or acquaintances is probably how I'd word it."

Walker did not say how long Smith had been in the area or if he had been under surveillance, but he did say that numerous officers, including at least 10 Kansas troopers were part of the operation.

"We don't know what's going to happen until it happens," Walker said. "We were aware that he had capital-murder warrants out on him, which heightened our response."

He said Smith offered no resistance when he was taken into custody.

"No, he was completely cooperative," Walker said.

On Sept. 3, after 4 p.m., Pine Bluff police were called to 1704 S. Elm St. after a report of a shooting. When they arrived, they found Moten, 17, shot to death outside the residence, and Cedric LaPoole, 23, of Pine Bluff wounded. Police were still at that scene when a report of another shooting at 25 Needles Drive in the Dollarway area came in just before 5 p.m.

There they found Mitchell, 20, outside his apartment suffering from gunshot wounds in his upper torso. He was transported to Jefferson Regional Medical Center where he died while undergoing treatment.

LaPoole was also taken to Jefferson Regional Medical Center where he was treated for non-life threatening wounds and later released.

Hekeryin Cain, 23, of Pine Bluff, was arrested Sept. 6 on a capital murder count in Mitchell's death and was ordered held without bail in the Jefferson County jail by District Judge John Kearney.

According to a probable-cause affidavit, a security camera in the vicinity of Mitchell's apartment recorded the incident. It showed two vehicles, a blue Chevrolet Impala with a spare tire mounted on the front passenger side and a dent in the passenger side, and a Chevrolet Malibu pull up in front of the residence with the Malibu in the lead. The affidavit said the Impala struck the Malibu from behind when the two cars pulled up and that "a couple of people" began shooting at Mitchell from both cars.

" You can see in the video the victim run around his residence then collapse in the yard," the affidavit said, at which time both vehicles sped off to the west on South Richard Street.

The Impala was later found parked in front of a house in the 3400 block of Lilac Street, according to the affidavit.

According to the affidavit, Cain denied involvement in the shooting and told police that he had never driven the blue Impala.

The owner of the Impala told police, according to the affidavit, that she let Cain use the car from 4 p.m. until he returned it an hour later with the front end damaged. The affidavit noted that the shootings at 1704 S. Elm St. and 25 Needles Drive both occurred within the time frame that the vehicle's owner told police Cain was using the vehicle.

The vehicle's owner, when shown video from the crime scene, identified the Impala as hers by the spare tire in the front passenger wheel well and the dent in the passenger door, the affidavit said.

Police said that during the course of the investigation, they developed information that indicated Smith was in the Malibu that was shown on security video and that he was one of the "couple of people" who were shooting.

According to Lt. Cassandra Briggs, witnesses said they had seen Smith and Cain at both homicide scenes that day.

Police had already been at the scene of another homicide earlier that afternoon that claimed the life of Horace Harrington, 69, who was sitting in the carport of his 3101 Lilac St. home. A witness said that Harrington was shot twice in the head by a gunman who was at the residence after a dispute with someone who lived in the home.

Vernon Lee McCraney, 18, of Pine Bluff, was arrested Sept. 8 in that homicide, which police have said they believe is unrelated to the other two killings. McCraney is being held in the Jefferson County jail on af first-degree murder count in lieu of $500,000 bond.

According to the Labette County jail log, Smith was booked into the jail shortly after 3:15 p.m. where he is being held for Pine Bluff authorities.