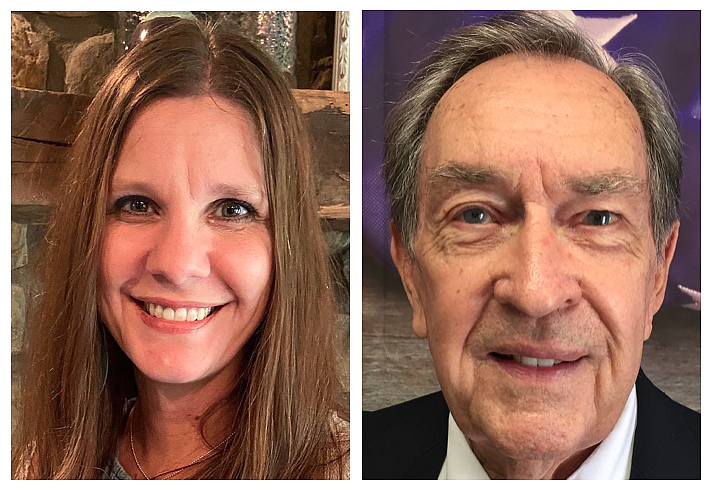 BENTONVILLE -- This year's School Board race pits a political newcomer against a perennial candidate for state and local offices.

Jennifer Faddis and Jim Parsons are contending for the Zone 1 seat in the Nov. 3 election. The zone covers parts of Bella Vista and Centerton.

The winner will get a five-year term and replace Rebecca Powers, who is finishing her second term. Powers, the only woman on the seven-person board, recently moved out of the zone and is ineligible to run for reelection.

Faddis is a mother of five who works part time as a family counselor. She long volunteered at her kids' schools and thought her experience and judgment would make her a good board member.

"I have a lot of common sense that does well in a board setting to be able to just be calm and level-headed and not get easily riled up on issues," Faddis said.

Parsons is a retired teacher and high school coach. He's also a retired lieutenant colonel in the U.S. Army Reserve.

His primary reason for running for School Board is to continue his years-long pursuit of getting more schools built in Bella Vista, he said. He opposed the district's last two campaigns for millage increases in 2013 and 2017 because of what he deemed as a lack of commitment on the district's part to building another school in Bella Vista.

"I thought, if I can't do it from the outside, maybe I'll try to get on the inside," he said. "The Bentonville School District keeps building schools south and west of Bentonville, but nothing to the north."

Cooper Elementary School, which serves about 700 students, is the only public school in Bella Vista. The district has 2,650 students who live in Bella Vista, according to officials.

Parsons also has pushed for Bella Vista to form its own school district, but said that's going to require several more schools to be built in the city first, and that could take years if not decades.

The district has opened eight new schools within the past eight years. Faddis said she's satisfied with where those schools have been built.

"Our district is so big," she said. "I think they've done a really good job in recent years planning how to spread those out more than maybe they did in the past."

Faddis said she began volunteering at her kids' schools when her oldest was in kindergarten at Centerton Gamble Elementary. She's continued helping out in various roles, from chaperoning field trips to working in the office. She is now vice president of West High's parent-teacher organization after serving as treasurer last year.

"Because I have kids, so many of them in schools, I've gotten to know over the past 14 years many, many teachers who are friends now. And I think that I have a good feel for what our district needs," she said.

Faddis said she would not bring an agenda to the board. She's pleased with how the district is being run by both the board and the administration.

"I just want to join the team in continuing to make wise choices, contributing to a unified board," she said.

Faddis met with Superintendent Debbie Jones and the head of nearly every department in the district this summer to better understand how the district works, she said.

Parsons said he, too, is generally happy with the work Jones and administrators have done.

Parsons sued Jones in 2017 over a sign he'd made opposing the district's request for a millage increase that year. He said he met a television station reporter at the district's administration building, where he taped the sign to the building to prevent it from falling in the mud. He left it alone for a few minutes; when he returned, the sign was gone. He later learned the administration had taken and destroyed the sign.

Parsons sought reimbursement of $76 for the sign. A judge dismissed the lawsuit in 2018.

Parsons has no children or grandchildren in the Bentonville district.

School board is an unpaid position in Arkansas. Only those who live in Zone 1 are eligible to vote in this election. Residents may visit www.voterview.ar-nova.org to find their zone.

• Residency: Bella Vista; has lived in the School District for 21 years