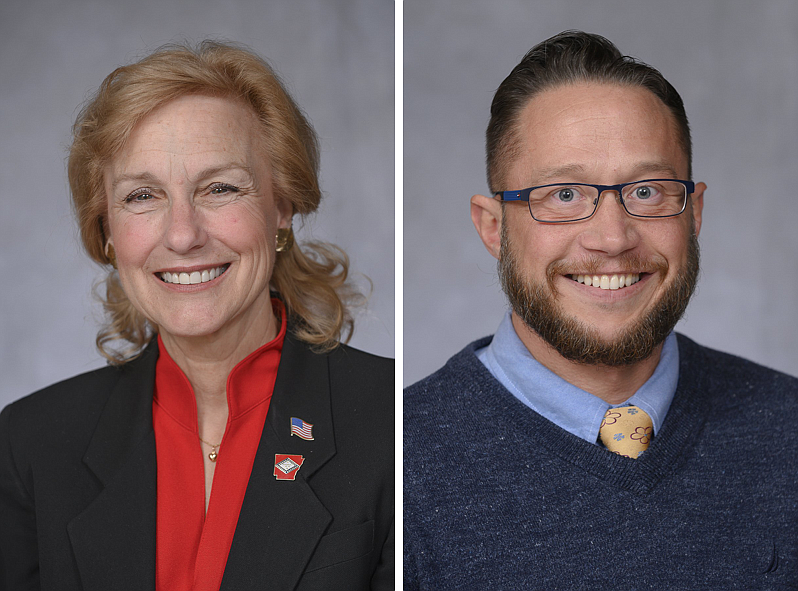 "I would, at this point, not support a hate crime bill because I have not found support for that from District 91," said Republican nominee Delia Haak.

Haak said she reached that conclusion after talking to district constituents and law enforcement officials. She said all crimes contain some element of hate, and all residents deserve fairly applied law enforcement.

"All crime is horrible crime, and we can admit that, but when it's a hate crime, when it's based solely on the fact of the color of your skin or whatever your background is, yeah, I think that should be separated, it should be punished more harshly, and I do support that," he said.

Haak and Jones made their remarks in a video candidate forum hosted by the Rogers-Lowell Area Chamber of Commerce on Tuesday. Another such forum took place at 1:30 p.m. for the District 90 race, but Republican nominee Kendon Underwood was unable to attend, organizers said. This left the event to his Democratic opponent, Kelly Krout. Krout said she was strongly in favor of the proposed hate crime law.

"I cannot fathom why we do not have this," she said.

Arkansas is one of the three states without a hate crime law. The bill would impose up to 20% additional jail time or fines for victimizing someone because of factors such as sex, religion, gender identity, disability or military service. Prosecutors could only seek the enhanced penalties if they can prove the victim's attributes were a substantial factor in the crime being committed.

Opposition in past, unsuccessful attempts to pass a hate crime law centered on the inclusion of sexual orientation in the measure.

"Unfortunately, this law creates more inequality by favoring special categories of people based on their sexual orientation, gender identity and other characteristics," Jerry Cox, executive director of the Family Council, said after the governor declared his support for the measure.

The Rogers-Lowell chamber supports the measure and has assured Hendren of its support.

Jones and Haak are running for the seat being left by Rep. Dan Douglas, R-Rogers, who decided against seeking reelection. Underwood and Krout are also running for a now-open seat. Underwood defeated incumbent Rep. Jana Della Rosa, R-Rogers, in the Republican primary.