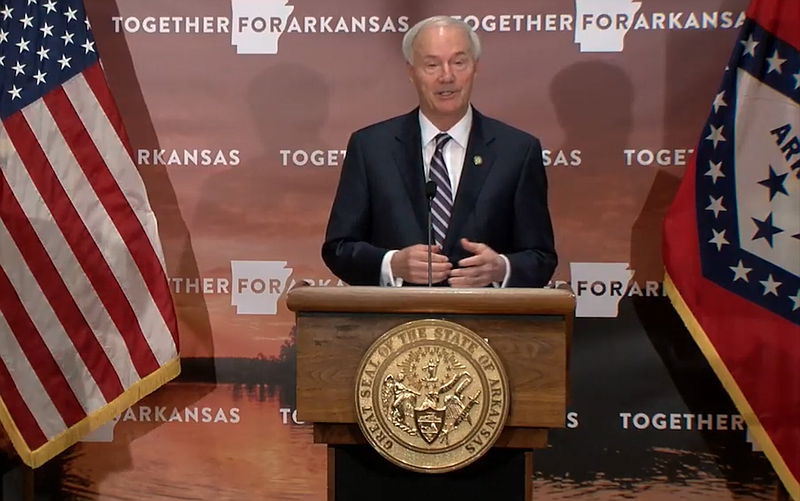 The number of confirmed deaths from covid-19 in Arkansas climbed over the 1,000 mark, state officials said Tuesday afternoon.

An additional 17 deaths in the past 24 hours due to confirmed coronavirus cases brings the total to 1,003, according to Gov. Asa Hutchinson.

The governor also announced that another 139 “probable” deaths, of patients whose death certificates listed covid-19 as a contributing cause but whose viral status had not been confirmed by a PCR test, would swell that number.

Hutchinson, in the first in a series of weekly covid-19 announcements after closing out a series of 144 almost daily appearances last week, reported 676 new confirmed cases of the virus in the past 24 hours, bringing the cumulative total to 70,125.

New hospitalizations increased by 11, for a total of 389. The number of patients on ventilators dropped by 8, to 68.

There were a total of 5,852 PCR tests across the state, bringing the total for September to almost 103,000; there were another 880 antigen tests, of which 188 were positive.

Hutchinson also announced that the state has acquired 1,200 antigen tests, a two-month supply, that it will distribute primarily to K-12 schools, college campuses, critical access and small rural hospitals and local health units.

The total number of coronavirus cases reported in Arkansas remained at 70,627 Tuesday morning, according to a state website. The death toll remained at 992.

[Video not showing up above? Click here to view » https://www.youtube.com/watch?v=bqd4Bx1NbLI]