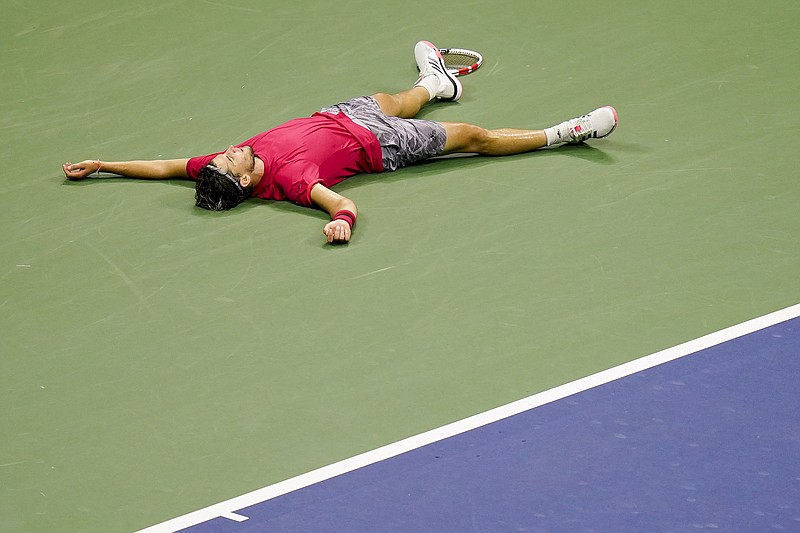 Dominic Thiem, of Austria, reacts after defeating Alexander Zverev, of Germany, in the men's singles final of the US Open tennis championships, Sunday, Sept. 13, 2020, in New York. (AP Photo/Seth Wenig)

NEW YORK -- Fifteen hours after Dominic Thiem collapsed on the court as the U.S. Open champion -- his mind weary, his legs weak -- he smiled when asked how he felt getting out of bed Monday.

"Well, I didn't wake up today, because I didn't sleep for one second. I was still full of emotions, full of adrenaline," Thiem said from Arthur Ashe Stadium in a video interview with two reporters, his new trophy at arm's reach. "We were sitting having dinner in the room until, like 4 [a.m.], and then just couldn't fall asleep. But it's fine."

Of course it's fine. After all, the 27-year-old from Austria went into Sunday 0-3 in Grand Slam finals and dealt with all of the doubts that came along with that record.

And now? He is the first new men's Grand Slam champion in six years.

For all the talent and confidence someone like Thiem might possess, it takes actually doing something to know that it truly was possible.

Consider the other side of the net, for a moment: Zverev was up by two sets and a break, and he let that entire lead get away.

Then he went ahead 5-3 in the fifth and served for the championship. That slipped through his grasp, too.

"I was a few games away, maybe a few points away," Zverev said. "I mean, I'm 23 years old. I don't think it's my last chance. I do believe that I will be a Grand Slam champion at some point."

While it's certainly not time to write off the Big Three just yet, Thiem's victory at the U.S. Open showed him -- and everyone else -- that he is the guy who could be ready to emerge from the pack as more and more opportunities to win major trophies arise.

Roger Federer, Rafael Nadal and Novak Djokovic had combined to win the 13 preceding Grand Slam tournaments (and 56 of the past 67), and while Federer is out for the season after two knee operations, the other two will be eager to start a new streak at the French Open, which is right around the corner.

That's because while the hard courts of Flushing Meadows usually close the Grand Slam season, the clay courts of Roland Garros follow in this most unusual year. The French Open was postponed from May due to the coronavirus pandemic and is scheduled to start in Paris on Sept. 27 (and, unlike the U.S. Open, with fans allowed).

"For sure, Dominic needs to rest, to recover," said his coach, Nicolas Massu, "then we start to practice again on clay."

Thiem said he would fly to Vienna, give himself some time off until next weekend, then get on the red stuff to prepare for Roland Garros.

He figures what happened Sunday -- well, over the past two weeks, really -- will change how he views himself the next time he competes.

And, he hopes, forever.

He finally was able to move past his heavy-on-the-mind setbacks in the finals of the 2018 and 2019 French Open against Nadal and the 2020 Australian Open against Djokovic.

"Every Grand Slam tournament was also a huge amount of pressure for me, especially when I started to lose the first final, then the second, then this pretty painful loss in Australia earlier this year. So the pressure got bigger and bigger, somehow," Thiem said.

"And it's all gone now, obviously, because no matter what happens from now on, I can always say that I'm a U.S. Open champion. That's absolutely amazing to me," he continued. "I hope it frees me up a little bit, that it relaxes me a little bit on court, and makes me better." 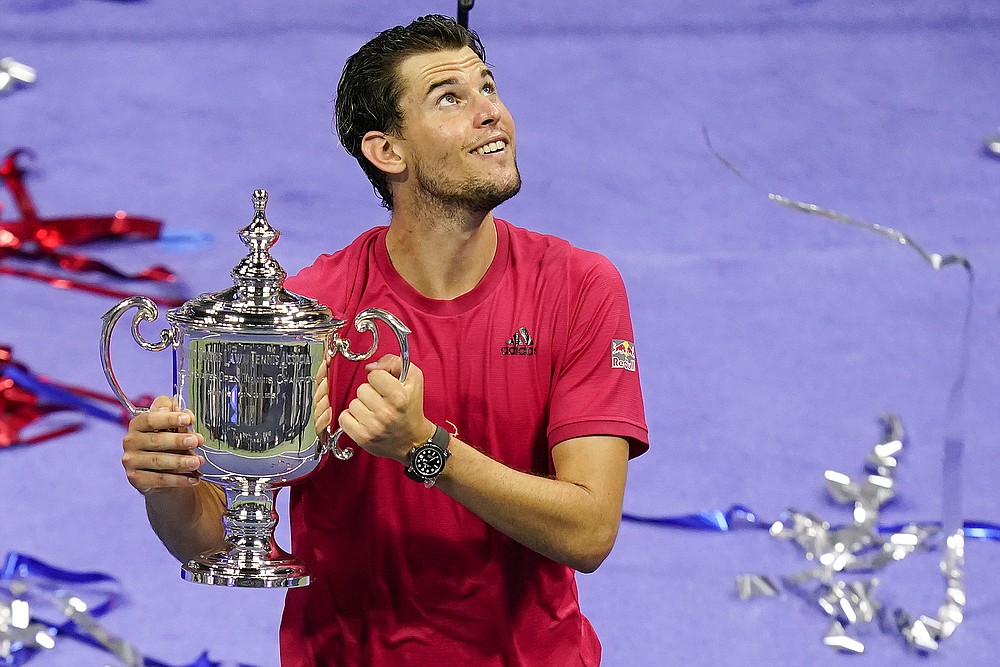 Dominic Thiem, of Austria, holds up the championship trophy after defeating Alexander Zverev, of Germany, in the men's singles final of the US Open tennis championships, Sunday, Sept. 13, 2020, in New York. (AP Photo/Seth Wenig) 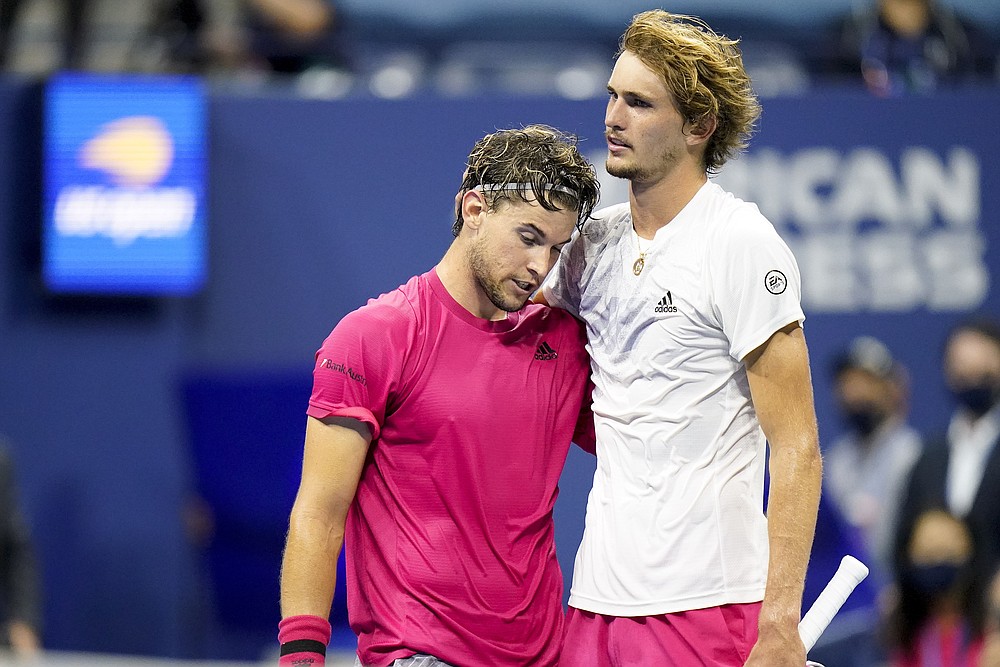