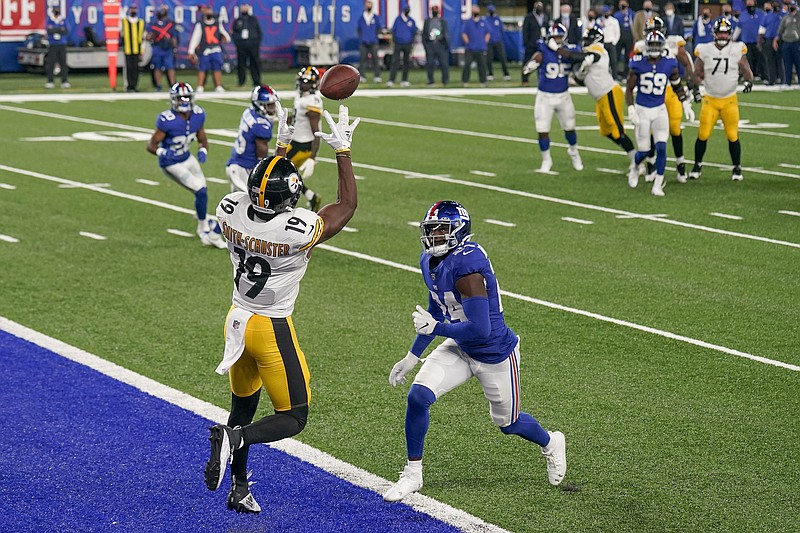 EAST RUTHERFORD, N.J. -- There was one overriding reason Ben Roethlisberger worked so hard to return from a major elbow injury.

Roethlisberger, who missed the final 14 games last season after elbow surgery, threw for three scores and the Pittsburgh Steelers beat the New York Giants 26-16 at an empty and eerie MetLife Stadium on Monday night. He also got all the help he could ask for from his defense and backup running back Bennie Snell.

"I am excited we won the game," Roethlisberger said. "I told the guys before the game it is not about me individually. The reason I came back is for these guys, this team. It's a special group of football players, of men, and I am just glad to be a part of it."

A key part of it, along with several defensive plays and Snell's 113 yards on 19 carries -- his first 100-yard performance in his second NFL season.

"We have talked openly about the maturation process and things you can expect from a second-year player," Coach Mike Tomlin said, "and he's showed signs of that from the very beginning of this process. He is a quality player and one that is maturing and emerging, and one who answered the bell when called upon."

The defense, while not quite on the level of the famed Steel Curtain, was plenty stingy and physical. It held Saquon Barkley to 6 yards on 15 carries, swarming in the backfield nearly all night.

Three Steelers stars got them their first touchdown. All-Pro linebacker T.J. Watt made a clever interception at the New York 36. Roethlisberger beat a blitz with a perfect throw to JuJu Smith-Schuster for a 10-yard second-quarter score. Chris Boswell's extra point hit the upright, leaving them behind 10-9.

They got the lead with 7 seconds remaining in the half as Roethlisberger connected with James Washington, who dived into the end zone for a 13-yard score. Boswell made the PAT this time, and added a 36-yard field goal early in the final quarter. That came following the night's biggest play.

Even though the Pittsburgh defense broke down as the Giants marched 87 yards on 19 plays in the third quarter, it still came up with a huge stop. Bud Dupree pressured quarterback Daniel Jones as he rolled left from the 4 and deflected his pass. Edge rusher Cam Heyward practically made a fair catch in the end zone for the interception.

"I want to make a play for my team. I saw Bud laying him down," Heyward said. "I tried to make a good play and float to the ball.

Roethlisberger then took Pittsburgh 62 yards for the field goal and a 19-10 lead. He hit Smith-Schuster again for a 10-yard touchdown and a 26-10 lead before New York got a late TD.

Roethlisberger finished 21 of 32 for 229 yards has now thrown for 366 touchdowns, a franchise record, tying Eli Manning for the eighth most in NFL history.

Steelers starting running back James Conner left in the second half with an ankle injury. Guard Stefen Wisnewski sustained a pectoral injury one play before right tackle Zach Banner hurt his right knee in the fourth quarter. Banner had beaten out Chukwuma Okorafor for the starting spot after he remade his body and approach, dropping 30 pounds. 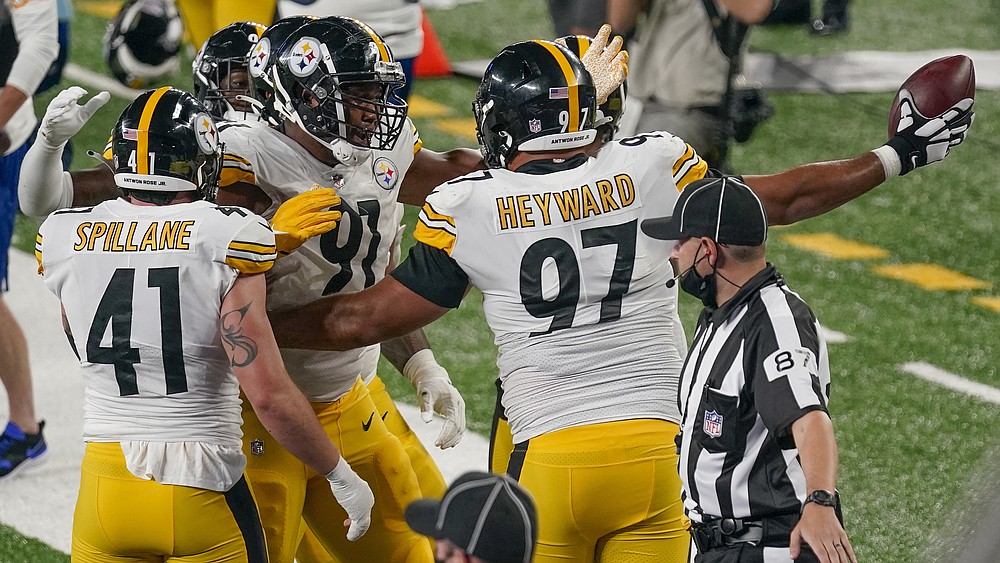 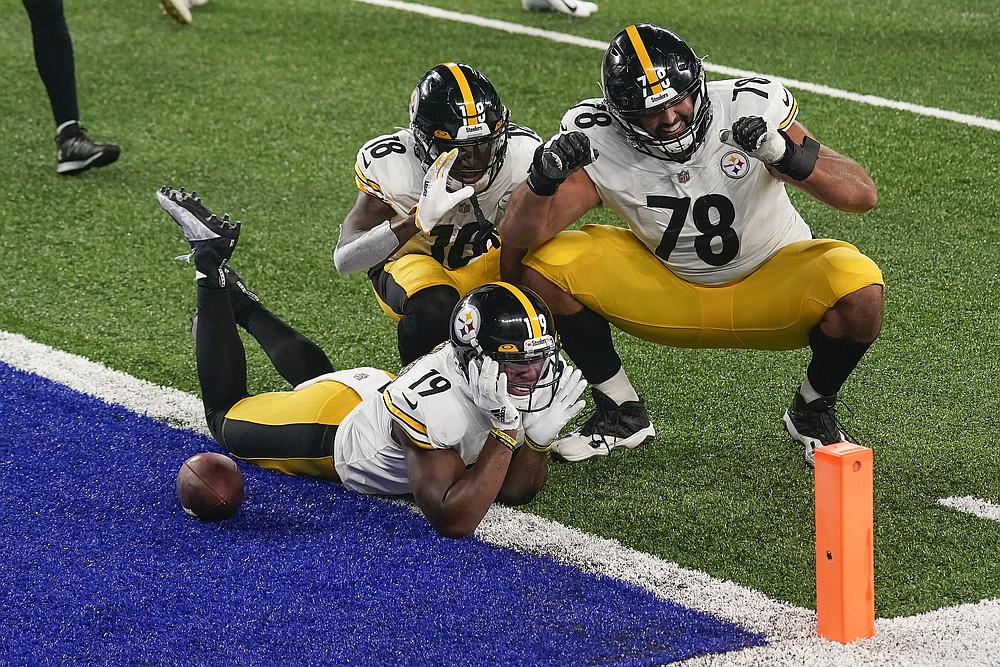 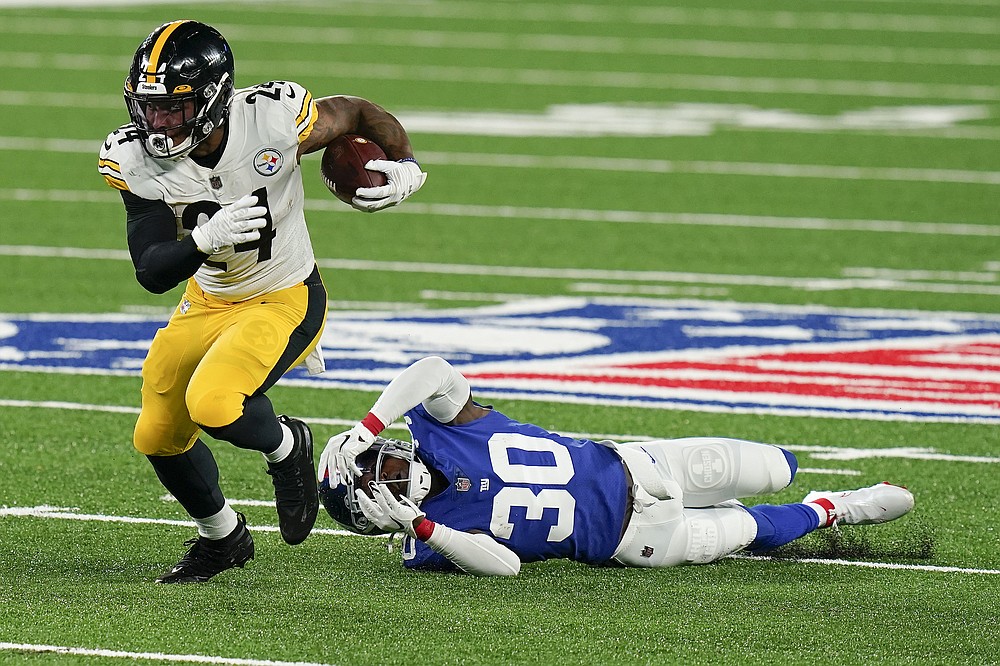 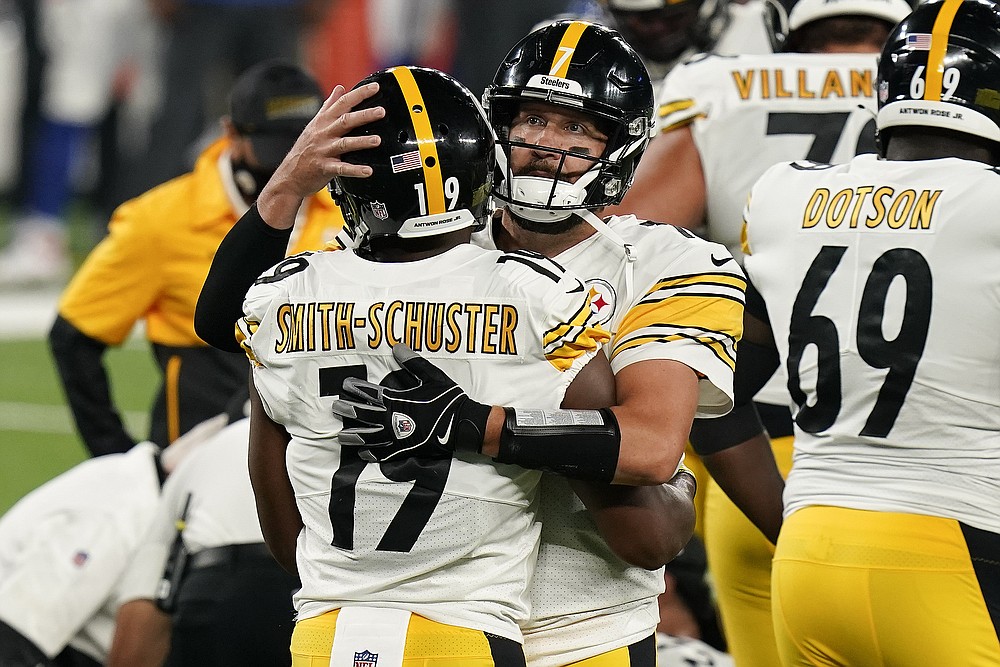 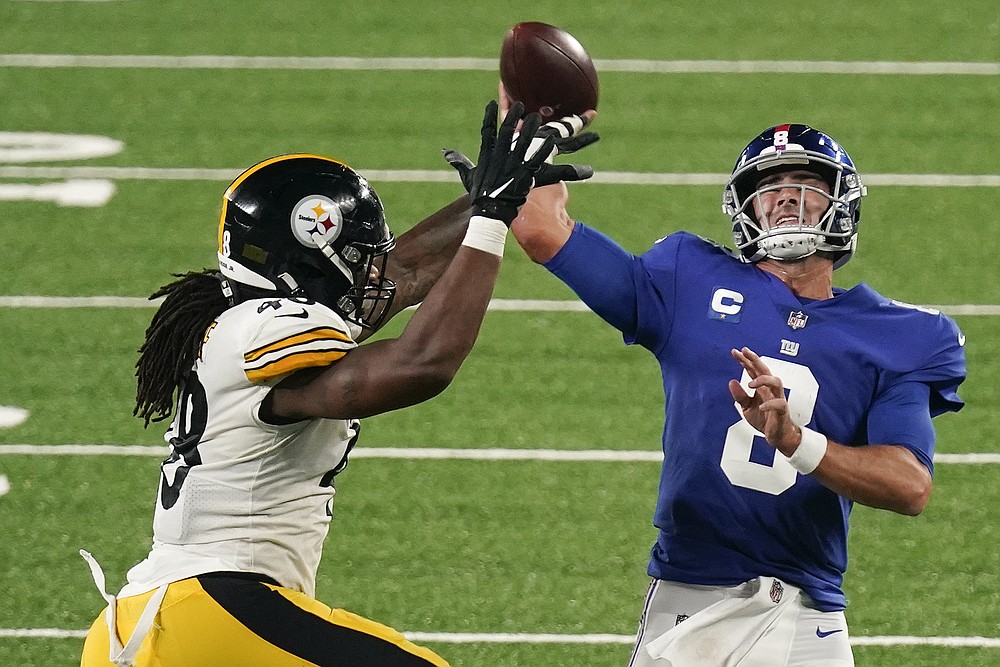