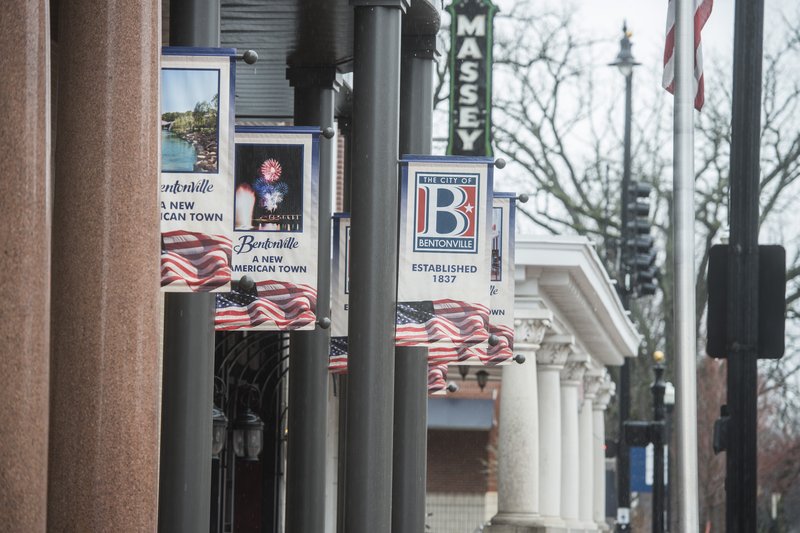 The Walmart south central utility plant will be a 27,000-square-foot facility serving the future Walmart home office campus. The site area is 6.18 acres, according to planning documents.

The facility will be open 24 hours daily. Ten parking spaces are planned to meet zoning code requirements. No more than 30 deliveries per week to the facility are expected, according to planning documents.

Utility facilities require a permit in all zoning districts.

The other permit involved temporary storage at six locations throughout the city.

Plans call for long-term temporary use of shipping containers to store office furniture. The applicant states the request is a result of the covid-19 pandemic in an attempt to maintain adequate spacing/separation within office environments as recommended by the Centers for Disease Control and Prevention.

Commissioners asked screening be put up at the 702 S.W. Eighth St. and 805 S.E. Moberly Lane locations as part of the permit. Those two locations were voted on individually and the other four were voted on as a group.

Been Road Villas Townhomes will be southwest of the intersection of Glen Road and Been Road. The property is zoned duplex and patio home residential.

Plans show the development of four clusters of townhomes within the Been Road Villas subdivision. The townhomes will be oriented to Been Road with garages that load off Expedition Road, according to planning documents.

Project Canopy will be southwest of the intersection of Southwest 28th and Southwest I streets. The plan proposes a recreational vehicle park, associated amenities and pavilion area. The development includes 250 recreational vehicle pads and 18 tiny house rentals. The property is zoned agricultural and general commercial, according to planning documents.

The Goddard School at 3703 S.W. H St. will be a 9,500-square-foot educational facility with 38 parking spaces. The property of about 2.15 acres is zoned mixed-use commercial.