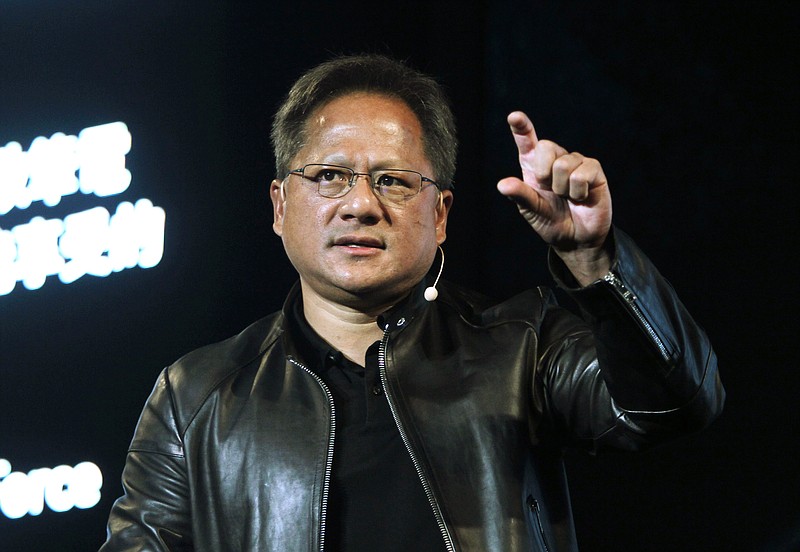 LONDON -- U.S. graphics chipmaker Nvidia said it plans to buy U.K.-based Arm Holdings in a deal worth up to $40 billion, in a move that would create a global powerhouse in the industry.

The deal, announced late Sunday by Nvidia and Arm's parent company, Japanese technology giant SoftBank, raises concerns about the independence of Arm, one of Europe's most important tech companies.

The vast majority of the world's smartphones run on Arm's chip designs, and it's a vital supplier for companies such as Apple and Samsung. It's also an innovator in chip technology that can power artificial intelligence for connected devices such as medical sensors, known as the Internet of Things. The company's business centers on designing chips and licensing the intellectual property to customers, rather than chip manufacturing, for which it relies on partners.

Being owned by a U.S. company could mean Arm is exposed to U.S. government export bans at a time when Washington is in a battle for tech supremacy with China.

The acquisition is fueled by the drive to bring artificial intelligence to everything that has an on-switch, the Nvidia Chief Executive Officer Jensen Huang said. Having succeeded in selling Nvidia's graphics chips to owners of data centers to speed up image recognition and language processing, Huang is looking to make sure his technology helps spread that to everything from self-driving vehicles to smart meters.​

Under the terms of the deal, Santa Clara, Calif.-based Nvidia will pay SoftBank $21.5 billion in stock and $12 billion in cash. SoftBank could earn a further $5 billion if Arm hits performance targets while Arm employees will get $1.5 billion worth of Nvidia shares. Nvidia shares jumped 5.8% in New York trading Monday.

Arm, which was acquired by SoftBank in 2016, is widely perceived as an independent entity that gives equal treatment to all licensees. Industry executives and analysts have pointed to potential conflicts if a company received technical assistance from an Nvidia-owned Arm that could give its own chip business unfair advantages over other licensees.

Huang pledged to keep operating Arm as it has been. "Arm's business model is brilliant," he wrote in a letter to Nvidia employees Sunday. "We will maintain its open-licensing model and customer neutrality, serving customers in any industry, across the world."

SoftBank bought Arm for about $32 billion in a deal that sparked fears one of Britain's most successful tech companies would succumb to a foreign takeover. To allay the concerns, the British government got SoftBank to agree to keep Arm's headquarters in the U.K. and double its British staff over five years.

Huang said the U.S. company still plans to keep Arm based at its headquarters in Cambridge, England, where it will also build an artificial intelligence research center.

"Together we're going to create the world's premier computing company for the age of AI," Huang told reporters.

"We want more great engineers not fewer, we want more R&D, not less. And we want that work to be done in the U.K., in Cambridge," Huang said, adding that it wasn't about consolidation or cost savings.

However, Hermann Hauser, who helped set up Arm, called the deal an "absolute disaster for Cambridge, the U.K. and Europe."

Hauser, now a technology investor, told the BBC's Radio 4 that his biggest concern was that it would degrade what he called the U.K.'s "economic sovereignty" because Arm would end up falling under the jurisdiction of U.S. export controls.

That means "if hundreds of U.K. companies that incorporate Arm's [technology] in their products, want to sell it, and export it to anywhere in the world including China, which is a major market, the decision on whether they will be allowed to export it will be made in the White House and not in Downing Street."

Arm CEO Simon Segars shrugged off the concerns. He said whether the U.S. has jurisdiction is determined by how and where products were developed, not the parent company's ownership.

Regulators in the U.S., U.K., China and the European Union will need to approve the deal, which will need about 18 months to complete.

The British government said it could intervene in the deal because of the "vital role" Arm plays in the U.K.'s tech sector.

"The government monitors acquisitions and mergers closely and when a takeover may have a significant impact on the U.K. we will not hesitate to investigate further and take appropriate action," said Prime Minister Boris Johnson's spokesman, James Slack.

"We are investigating this deal further and ministers are speaking to the relevant companies."

Information for this article was contributed by Jill Lawless of The Associated Press, by Ian King of Bloomberg News and by Don Clark of The New York Times.