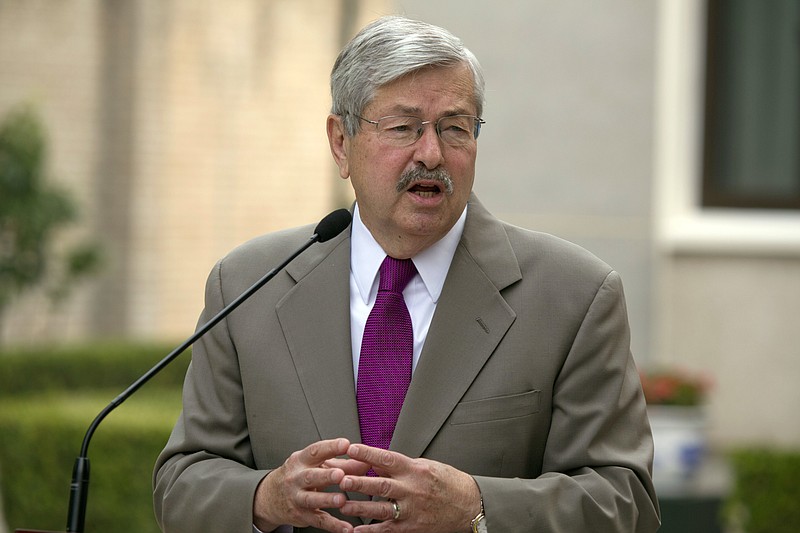 FILE - In this June 28, 2017, file photo, U.S. Ambassador to China Terry Branstad makes comments about pro-democracy activist and Nobel Laureate Liu Xiaobo during a photocall and remarks to journalists at the Ambassador's residence in Beijing. Branstad appears to be leaving his post, based on tweets by Secretary of State Mike Pompeo. Pompeo thanked Branstad for more than three years of service on Twitter on Monday, Sept. 14, 2020. (AP Photo/Ng Han Guan, File)

BEIJING -- The U.S. ambassador to China will step down early next month, ending a three-year tenure marked by a trade war and increasingly bitter relations between the world's two largest economies.

Terry Branstad, appointed by President Donald Trump in 2017, confirmed his decision in a phone call with Trump last week, the U.S. Embassy said in a statement Monday. It did not give a reason for his departure.

"I am proudest of our work in getting the phase one trade deal and delivering tangible results for our communities back home," Branstad was quoted as saying at an embassy staff meeting Monday.

Word of his departure leaked out earlier in the day when Secretary of State Mike Pompeo thanked Branstad on Twitter for his service.

"Ambassador Branstad has contributed to rebalancing U.S.-China relations so that it is results-oriented, reciprocal, and fair," Pompeo wrote in a follow-up tweet.

China's Foreign Ministry said before the embassy announcement that it was aware of Pompeo's tweet but had not received any notification that Branstad was leaving.

Branstad became embroiled in a recent controversy when China's official People's Daily newspaper rejected an opinion column he had written.

Pompeo tweeted last week that China's ruling Communist Party refused to run Branstad's op-ed while the Chinese ambassador to the United States "is free to publish in any U.S. media outlet."

Early in his first term, he met Xi Jinping, now China's leader, when the then county-level Communist Party official visited Iowa on a 1985 trade trip.

Trump appointed him ambassador after a vacancy of several months, during which the embassy's No. 2 official, David Rank, resigned after criticizing the Trump administration's withdrawal from the Paris climate accord.

Soon after arriving in Beijing in June 2017, Branstad welcomed American beef back to the Chinese market after a 14-year ban, saying, "I know it is a key priority of the president to reduce the trade deficit, and this is one of the ways we can do it."

But trade relations quickly soured, as the U.S. imposed tariffs on Chinese products and China retaliated. Other disputes followed over technology, human rights and the response to the coronavirus pandemic.

The phase one deal reached the following January represented a truce but did not address the more fundamental complaints of the American side.

The U.S. Embassy statement also noted Branstad's role in the effort to reduce the flow of fentanyl from China to the United States, including a 2018 pact in which China agreed to list the opioid as a controlled substance.

Branstad in May 2019 made a rare visit to Tibet, where he expressed concerns about what the U.S. called Chinese government interference in the freedom of Tibetan Buddhists to organize and practice their religion.

"He encouraged the Chinese government to engage in substantive dialogue with the Dalai Lama or his representatives, without preconditions, to seek a settlement that resolves differences," said an embassy statement at the time. 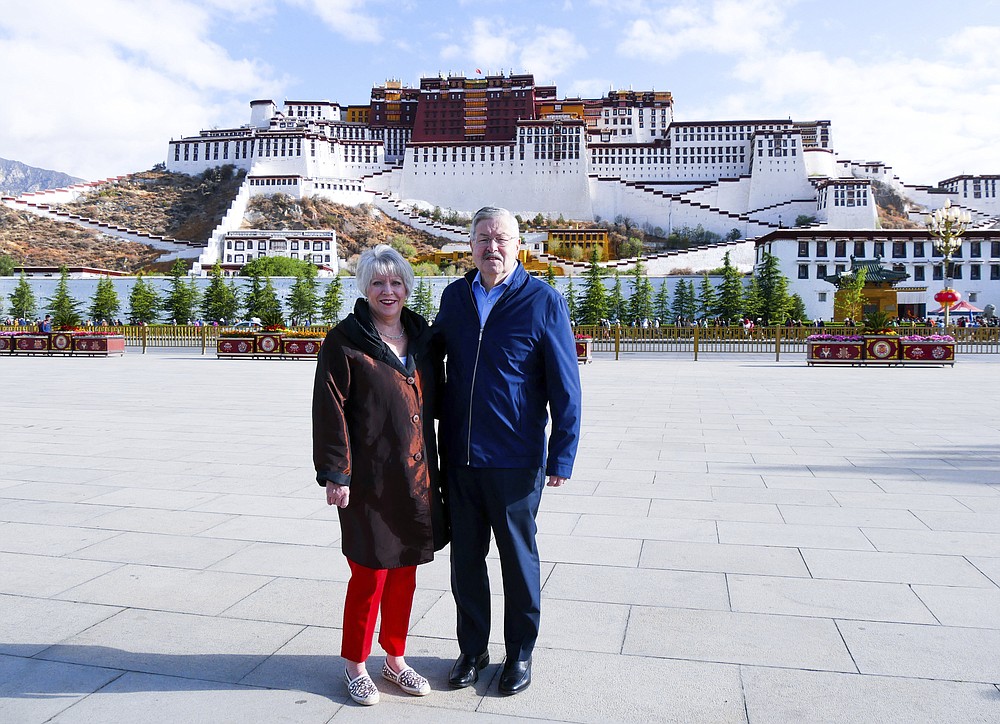 FILE - In this May 22, 2019 photo released by the U.S. Embassy in Beijing, U.S. Ambassador to China Terry Branstad and his wife Christine pose for a photo in front of the Potala Palace in Lhasa in western China's Tibet Autonomous Region. Branstad appears to be leaving his post, based on tweets by Secretary of State Mike Pompeo. Pompeo thanked Branstad for more than three years of service on Twitter on Monday, Sept. 14, 2020. (U.S. Mission to China via AP, File) 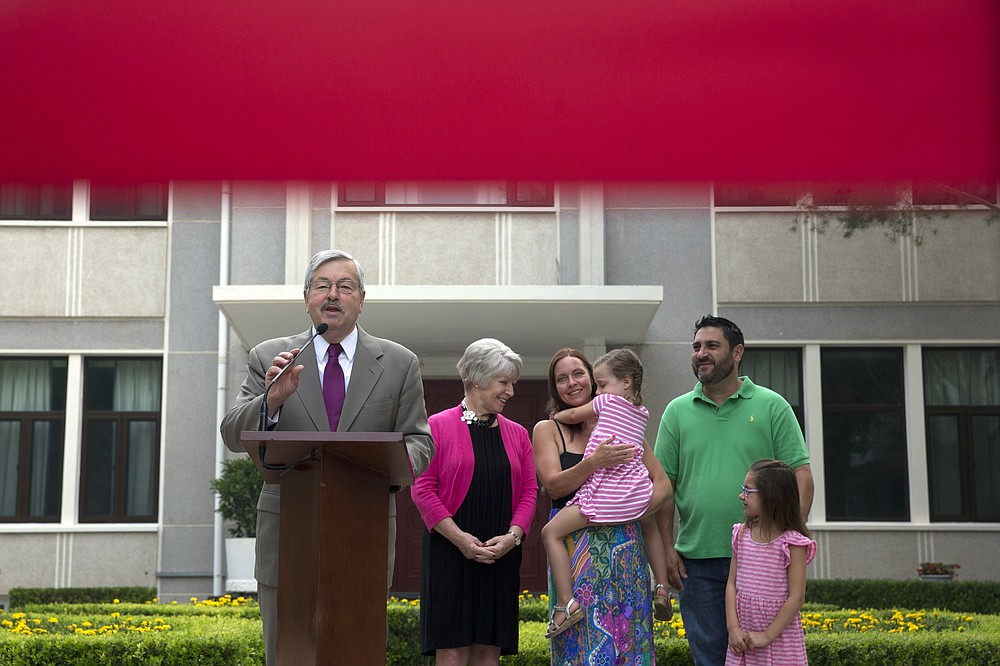 FILE - In this June 28, 2017, file photo, U.S. Ambassador to China Terry Branstad, left, speaks during a photocall and briefing to journalists near his family at the Ambassador's residence in Beijing. Branstad appears to be leaving his post, based on tweets by Secretary of State Mike Pompeo. Pompeo thanked Branstad for more than three years of service on Twitter on Monday, Sept. 14, 2020. (AP Photo/Ng Han Guan, File)