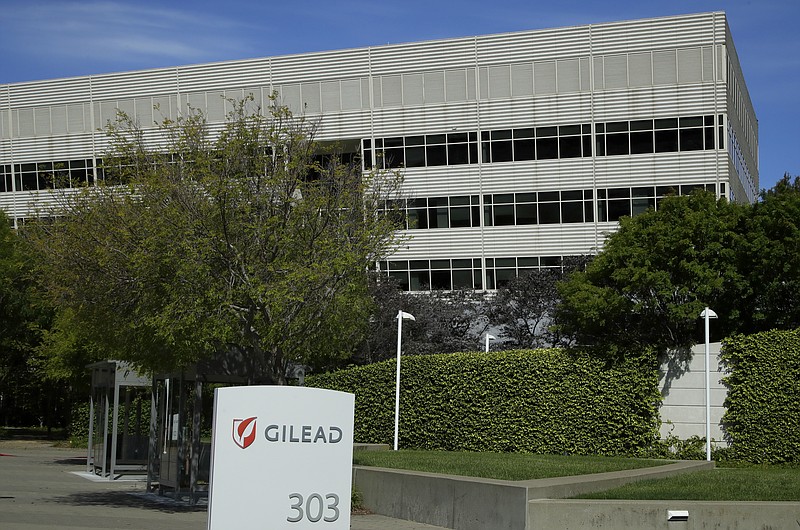 NEW YORK -- Shares of the cancer drug specialist Immunomedics almost doubled Monday, a day after its sale to Gilead Sciences for $21 billion was announced.

Gilead said on Sunday that it will pay $88 per share in cash as it seeks to broaden its cancer treatments portfolio. Immunomedics' drug Trodelvy was granted accelerated approval by the U.S. Food and Drug Administration in April for the treatment of adult patients with metastatic triple-negative breast cancer who have received at least two prior therapies for metastatic disease.

Trodelvy's approval came after clinical trial data showed it beat back triple-negative breast cancer for almost four months longer than chemotherapy in patients getting the medication as a third line of therapy. The hard-to-treat disease -- which accounts for 10% to 15% of all breast cancers -- doesn't respond to many of the current treatment regimens. Chief Executive Officer Daniel O'Day said Gilead was also interested in the drug because of broad potential uses in bladder, lung and other tumor types.

"It is bit of a pipeline in a product," he said in a phone interview.

The deal is expected to close in the fourth quarter.

Immunomedics plans to file for full approval of the medicine later this year.

The Immunomedics drug is a type of therapy researchers have been pursuing for decades, called an antibody-drug-conjugate, or ADC. The idea is to create a safer, more targeted cancer drug with an antibody that binds selectively to a tumor and releases a toxin to kill it. In theory, the technology could potentially work for almost any tumor type.

Other big drugmakers are working in the area. AstraZeneca Plc agreed in 2019 to pay Daiichi Sankyo Co. almost $7 billion for rights to Enhertu, an ADC that was approved late last year. Merck & Co. said Monday that it plans to take an equity stake and pay as much as $4.5 billion in a series of deals with Seattle Genetics Inc. for two of its cancer drugs, one of which is an ADC.

After the FDA approved Trodelvy in the spring, Gilead started talking to Immunomedics about a partnership, O'Day said in the interview. Gilead was one of several companies involved in talks with Immunomedics, he said.

In the past two weeks the talks turned toward an outright acquisition, as Gilead and Immunomedics realized they could better achieve the full potential of the drug if it was under one company, O'Day said.

Faced with declining sales of its blockbuster hepatitis C treatments, Gilead has been making efforts to expand in oncology for several years. In 2017, it paid $11.9 billion to take over Kite Pharma, the maker of CAR-T cancer therapy Yescarta. But that treatment hasn't seen the kind of stellar sales that analysts hoped for, and the slow start has increased pressure on Gilead to find a standout cancer treatment.

Gilead has been focusing on drugs that harness the immune system to fight tumors. Earlier this year, it paid about $4.9 billion for drugmaker Forty Seven and its experimental immunotherapy drug magrolimab. It has also forged agreements with companies including Arcus Biosciences Inc. and Jounce Therapeutics Inc., which are also working on experimental immuno-oncology treatments.

Gilead has been in the spotlight this year because of its antiviral therapy remdesivir, the first drug to gain clearance for treating covid-19.

Excitement over that drug caused Gilead shares to soar this spring and, in June, Gilead itself was reported to be in talks to combine with AstraZeneca Plc. The British drugmaker made its own bet on ADCs last year, investing in a lung and breast cancer therapy made by Japan's Daiichi Sankyo Co.

Since then, however, investor enthusiasm has ebbed. Gilead suffered a setback in August after U.S. regulators failed to approve a rheumatoid arthritis treatment it is developing with Belgian biotech company Galapagos NV. Investors have also become less confident in the commercial potential for remdesivir.

Gilead's offer, which is not subject to a financing condition, will be funded with about $15 billion in cash and about $6 billion in newly issued debt. The deal includes a breakup fee of $732.1 million, should Immunomedics enter an agreement for a bigger offer, according to a filing.

Information for this article was contributed by staff members of The Associated Press and by Timothy Annett and Robert Langreth of Bloomberg News.