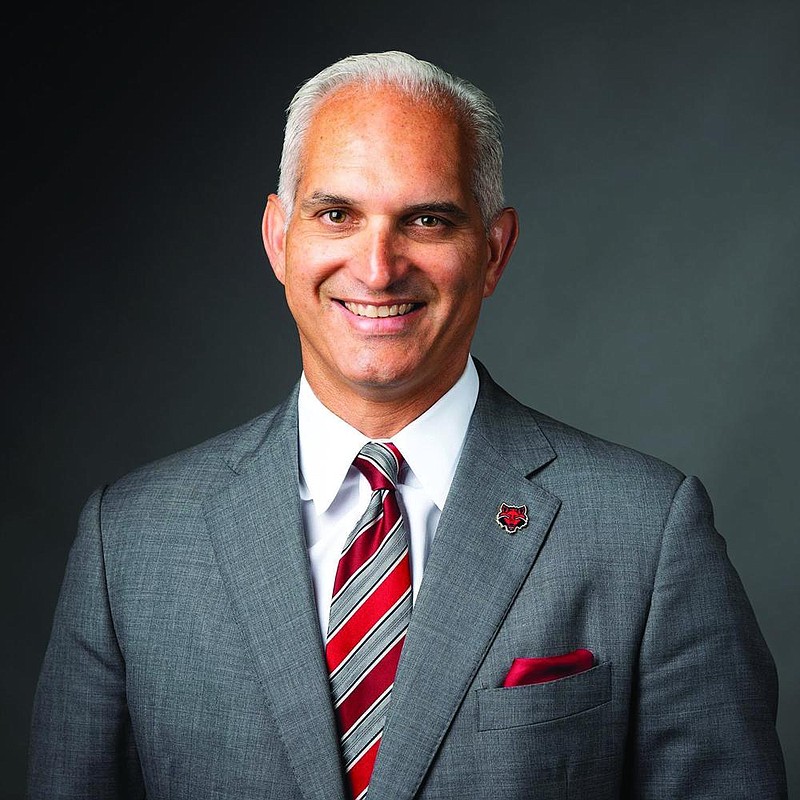 JONESBORO -- Arkansas State University's Terry Mohajir and University of Central Arkansas' Brad Teague are candid when it comes to protecting their respective athletes.

The two athletic directors have, for the most part, approached the coronavirus pandemic similarly -- regularly testing athletes, coaches and staff at least once a week and ensuring everyone in the athletic department adheres to protocols.

But they have taken different approaches in sharing testing results.

Teague and UCA have reported their numbers publicly while ASU has kept their results in-house.

After Arkansas State had 13 football players on its depth chart out Saturday against Kansas State, that left many wondering how many were due to covid-19 reasons from either testing positive or contact tracing.

But as the Red Wolves prepare to face the Bears on Saturday in Jonesboro, neither side is worried about ASU's possible spike in cases.

"No, I'm not concerned about it because I know they're testing again this week, and they're doing everything they can to stay safe," Teague said. "And obviously, they did well.

"It's just like any injury you might have -- you better have backups. You better have recruited well. I don't think we're concerned on our end, either. We hope everybody is healthy and safe just for their own personal betterment."

Mohajir echoed the sentiment, saying "there's not anybody in the country in the last two weeks that have tested their athletes as much as we have."

Mohajir said Arkansas State's players have tested six times in the past 13 days to adhere with the AAC and Big 12 testing guidelines. This week, both ASU and UCA will be tested just once, on Wednesday, following the Sun Belt and NCAA protocol of testing at least 72 hours before each game.

Most of the tests run by both programs have been PCR tests, but have also had a few rapid antigen tests, which provide results the same day. This week's test will be PCR, with results coming back Thursday.

"We haven't been presented with any antigen tests that are less expensive," Teague said. "I know there's been national talk about a saliva test that's soon to be on the market that's like $5 or $10, and that would be a game-changer. And I hope it's sooner than later.

"So if that came about, yes, we would be testing more frequently. If there was an antigen test that was less expensive, we would do it."

UCA, which last tested Sept. 7, had four positive tests plus three players who had to quarantine due to contact tracing. It is unclear how many positive cases Arkansas State has, but Mohajir didn't indicate any concern about the game, knowing there's likely going to be guys out every week.

Mohajir explained his reasoning behind not publicly sharing the athletic department's numbers.

"That's why people don't want to share. Plus, it's a competitive disadvantage by sharing numbers, that's why coaches don't really like talking about injuries all that much."

Mohajir and Arkansas State aren't alone in not sharing their numbers, with multiple programs around the country reporting their numbers only to the local health department.

"When you start reporting numbers," Mohajir said, "people go to the big number and they say, 'Oh, you've got that many,' and people in that community are maybe more anxious about what's going on and it just doesn't tell the story."

Mohajir said the biggest concern is protecting his athletes, and he feels this is the best way to do so.

"We've got protocols on campus, and we can handle it," Mohajir said. "The other thing, too, is you start reporting numbers and people start knowing who -- now you're kind of pointing to that person as somebody that may be perceived as kind of shaming them a little bit. And I don't want that to happen. They're young people. They're going through enough.

"It's a bigger issue than just the numbers. We want to protect the students as well."

Arkansas State and UCA will kick off Saturday in Jonesboro at 6 p.m.