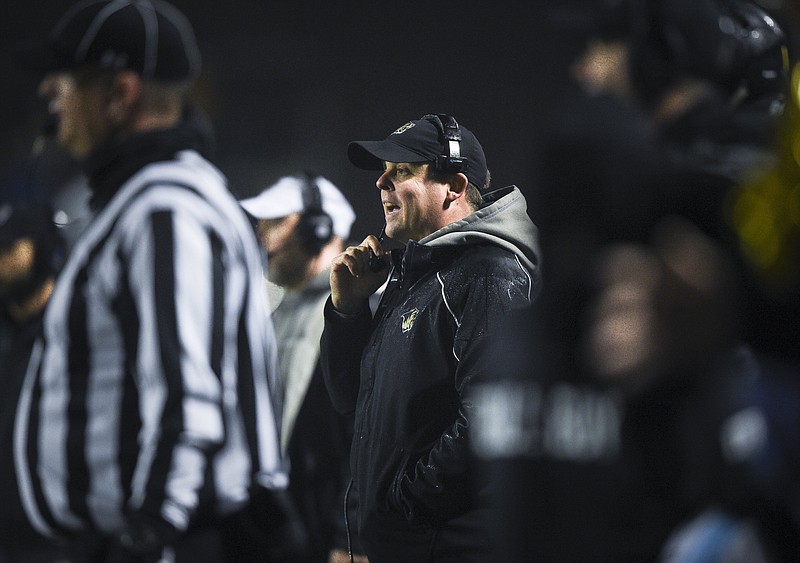 Bentonville plays tonight at Kansas City (Mo.) Rockhurst, a Jesuit all-boys school with a proud history in academics and athletics.

Actors Spencer Tracy and Jason Sudeikis, former vice presidential candidate Tim Kaine, and former Major League All-Stars David Cone and John Mayberry, Jr. are a few of the notables who once walked the halls at Rockhurst on State Line Road in Kansas City. That’s an impressive list but Bentonville is the home of Walmart, so I’ll call this standoff about even.

Rockhurst is 1-1 and Bentonville 1-0 after the Tigers won 47-21 at Conway to open the season. Andrew Edwards threw for 218 yards for Bentonville, which piled up over 500 yards in total offense. The Tigers have the hosses to challenge huge offensive and defensive linemen for Rockhurst.

This series is tied 3-3 between top programs from neighboring states. Teams from Northwest Arkansas lost to top programs from Oklahoma, but Bentonville will restore the roar and deliver some statewide pride with a win at historic Rockhurst.

Other games involving teams from Northwest Arkansas (selections are capitalized).