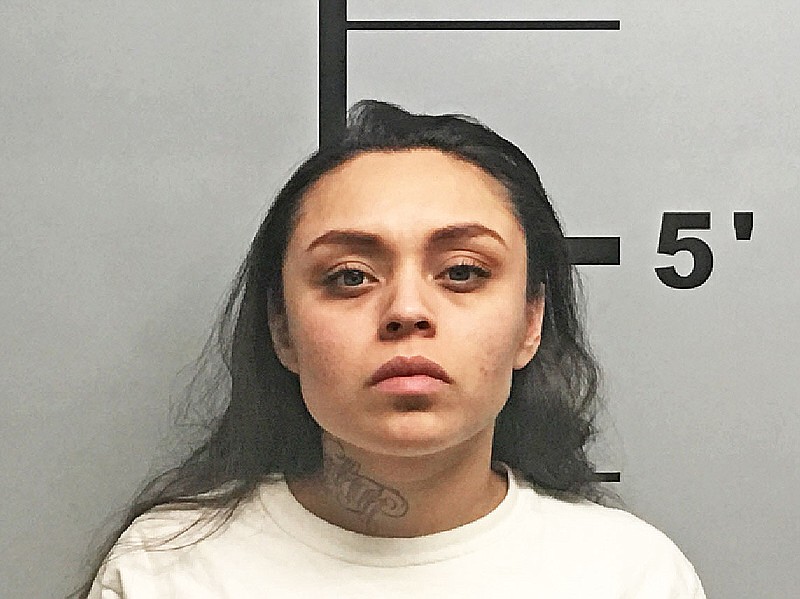 BENTONVILLE -- A Little Rock woman was sentenced Thursday to 14 years in prison after pleading guilty to charges stemming from a police chase ending up with a man drowning in Beaver Lake.

Ruvidia Concepcion Lozano, 23, pleaded guilty Thursday to negligent homicide, aggravated assault, fleeing and theft of property. She was charged as a habitual offender.

Lozano admitted fleeing law enforcement Dec. 14 and during the chase she drove a pickup with two passengers into the lake. Carlos Martinez-Arubizu initially swam away from police officers on the shore before drowning as he tried to swim back, according to court documents.

The pursuit began when the vehicle of a Lowell police officer was almost struck by a silver Dodge Ram as the officer assisted with a traffic stop, according to probable cause affidavit.

The officer went after the pickup, which pulled to the side of the road in the 500 block of Old Wire Road. The pickup sped off when the officer began to get out of his vehicle, according to the affidavit.

The officer pursued. The pickup headed toward a dead end on Arkansas 264 in the direction of a boat ramp for Beaver Lake and drove into the lake, according to the affidavit.

Benton County Circuit Judge Robin Green sentenced Lozano to 14 years in the Arkansas Department of Correction. She must abide by a suspended sentence agreement for 16 years after her release.

The judge rejected a plea agreement several weeks ago that required Lozano to serve nine years in prison. Green said she found the longer prison sentence more appropriate because Lozano is a habitual offender and caused the death of another person.

The judge told Lozano she was fortunate no one else was killed as result of her actions.

"It's sad that the gentleman lost his life," Green said.