State’s virus cases rise by 398; governor to give fewer briefings 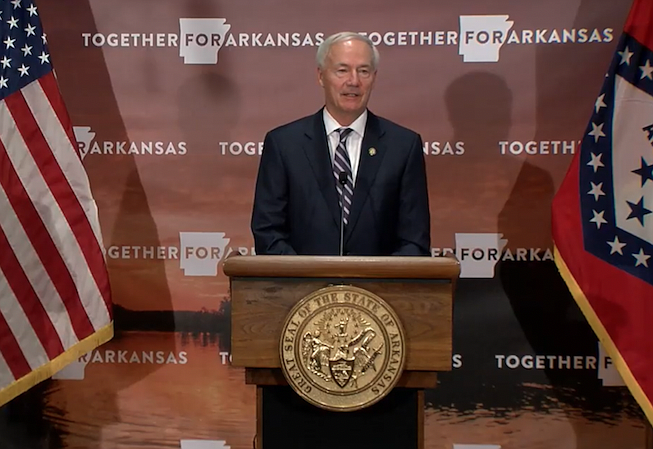 Hutchinson also announced that, starting next week, his news conference updates on the virus will switch from daily to “weekly updates or as needed.”

The state reports positive antigen tests as “probable” cases rather than confirmed cases, but treats positive results from antigen tests the same as those from PCR tests for the purposes of contact tracing and case investigation.

Hutchinson said 12 more died of the virus, bringing the toll to 940.

The number of active cases continued to trend down, reaching 5,196, Romero said. The number of recovered individuals increased by 748 to 60,668.

In the previous 24 hours 4,900 PCR tests were performed, Hutchinson said, plus 430 antigen tests.

Counties with the highest numbers of new cases included Pulaski with 72, Washington with 37 and Jefferson with 33.

The total number of confirmed coronavirus cases reported in Arkansas remained at 66,406 Thursday morning, according to a state website. The death toll remained at 928.

[Video not showing up above? Click here to view » https://www.youtube.com/watch?v=2rdH2bARGFM]