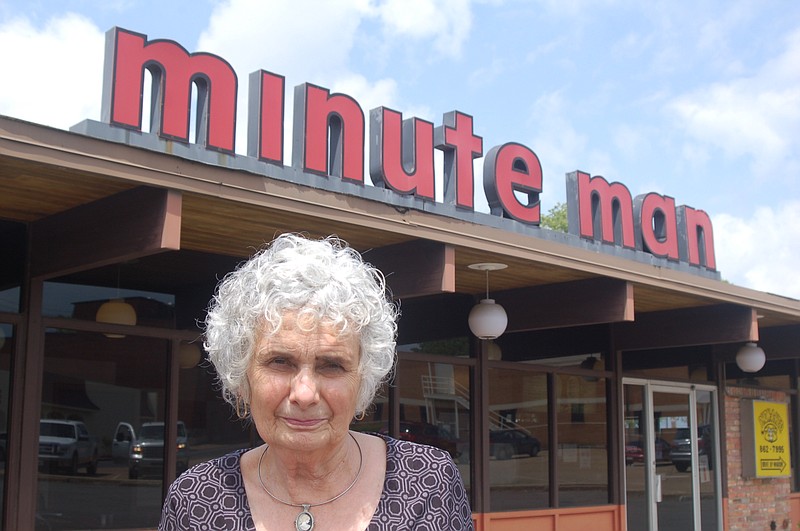 Linda McGoogan stands in front of her El Dorado Minute Man, which until Friday, when a new Minute Man opens in Jacksonville, was the last survivor of a nearly 60 restaurant, three-state chain. (Democrat-Gazette file photo/Stephen Steed) - Photo by Stephen Steed

The Minute Man resurrection at 140 John Harden Drive, Jacksonville (most recently Fuzzy’s Taco Shop) is set to open Friday, says company President Perry Smith, with a flag-raising ceremony at 10 a.m. and the doors opening at 11. Phase 1 of the opening will be to-go orders only, through the two-window drive-thru or via walk-in orders, but there will be no indoor dining; Smith says they’re setting up a few exterior bistro tables. Hours will be 11 a.m.-9 p.m. Monday-Thursday, 11 a.m.-10 Friday-Saturday. And Smith says they’re anticipating a monster volume of traffic in the initial going, so he’ll be putting employees in the parking lot to take orders and handle potential choke points. (The traffic snarls at the opening of the Chick-fil-A on Little Rock’s West Markham Street across from Park Plaza were an object lesson on what to avoid, he says.) The phone number is (501) 983-4857; the website is minutemanburgers.com/jacksonville; and the Facebook page is facebook.com/minutemanburgers. We reported last week that the restaurant will employ cutting-edge technology through a concept called SmartSpace to protect diners and staff, as well as air sterilizers for the HVAC system.

You will recall that heretofore, the single surviving Minute Man — from a chain that Wes T. Hall founded in Little Rock in 1948 and which at its height had 57 locations, about 20 in Arkansas, the rest in Tennessee and Louisiana — has been in El Dorado. It observed its 70th anniversary in May 2018; Linda McGoogan, who started working at Minute Man in the 1970s, bought it in 1984. The last Little Rock location closed in May 2002. Smith has said he has eventual plans for outlets in Little Rock and Conway. 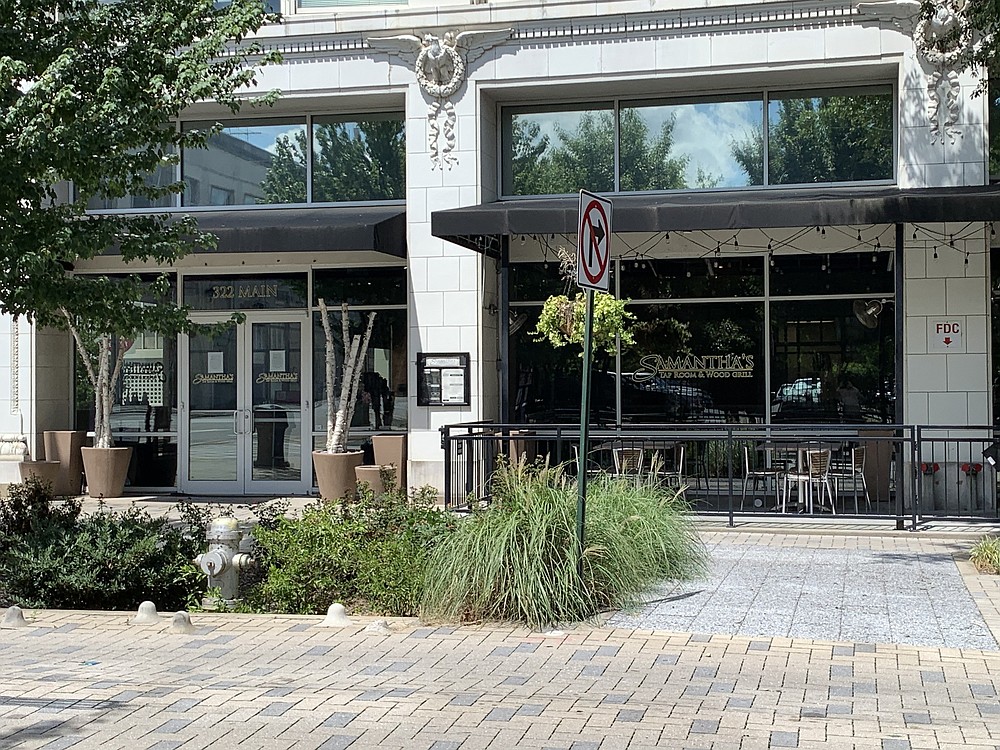 Facebook posts from the past several days (facebook.com/cannibalandcraftlr) indicate the opening is looming closer for Cannibal and Craft, the nightclub and cocktail lounge (and offshoot of a club with the same name on Dickson Street in Fayetteville) going into the former Ernie Biggs location, 307 President Clinton Ave., in Little Rock’s River Market. On Monday (Labor Day) we spotted this post: “We’re not taking a break day, but we hope you are! Instead, we are hard at work putting the finishing touches on your new favorite River Market spot.” And the website (cannibalandcraftlr.com) now shows a fairly upscale menu for a cocktail bar, easing our worries that the “cannibal” portion of the name meant — well, we’d probably better not say. Among the featured dishes with alluring photos of “food for that post-work #SignatureCocktailHour munching or late-night craving” on the Facebook page: Caribbean Jerk Chicken Quesadillas (jerk chicken, bell peppers, caramelized onion, “C&C cheese blend”), Shrimp Chimichurri and a fancy charcuterie board featuring wild game sausage, artisan meats and cheeses, dried fruit and assorted flatbreads. We got a voicemail message at the phone number, (501) 414-8870, which is another encouraging sign that it won’t be long before it opens; a message we left there was not returned by deadline. You will recall that Ernie Biggs, a piano bar, closed in December after its management decided not to renew its River Market lease.

Capi Peck, with partner Brent Peterson “and 20 others,” celebrated the 34th birthday of Trio’s, 8201 Cantrell Road, Little Rock, last week on Peck’s personal Facebook page, noting that “We have only made it this long because of our friends and customers.”

And for those who have been asking about what’s going on with the Little Rock outlet of The Mighty Crab, going into the former Catfish City, 1817 S. University Ave., the answer is: “We still don’t know.” Neither do the folks at the first area outlet of the mini-chain, which opened in March in the former Saddle Creek in Lakewood Village, 2703 Lakewood Village Drive, North Little Rock. There are also Mighty Crab restaurants in Monroe, La., and Jackson, Miss. We’re continuing to follow the Facebook page — facebook.com/TheMightyCrabNorthLittleRock).

And with the help of late-night television host James Corden, AY Magazine unveiled the winners of its “2020 Best Of” survey in a virtual ceremony Aug. 27. The “Dining” category winners (all in Little Rock and/or North Little Rock except as noted):