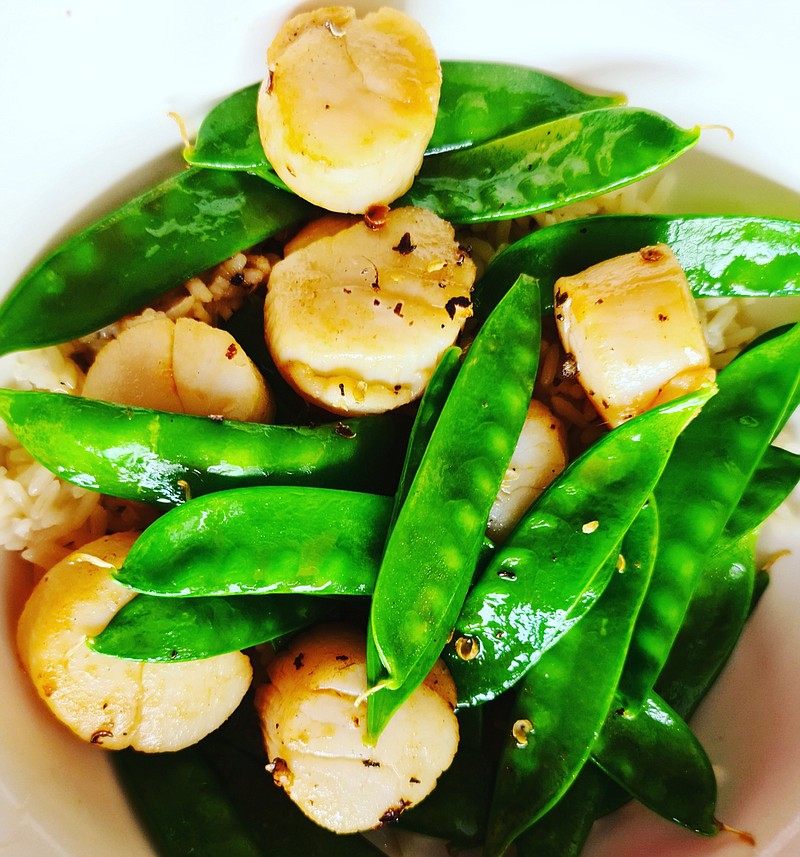 Ching He Huang is the face of Chinese cooking for many TV viewers. In the U.K., she's known for shows such as "Exploring China," while her programs in the U.S. include "Easy Chinese: New York & L.A.," for which she received a Daytime Emmy Award nomination.

She was born into a farming community in southern Taiwan, where she learned to cook at her grandmother's knee, and then raised in South Africa and the U.K., where she started a catering company. As well as being in demand on television, appearing with other chefs including Rachael Ray and Ken Hom, she has published nine cookbooks, with a 10th, "Asian Green," scheduled for January.

For Bloomberg, she supplied a simple recipe for Oyster-Sauce Scallops and Mangetout that first appeared in her book, "Stir Crazy." Mangetout, French for "eat all" or "eat everything" may be better known to U.S. readers as snow peas and sugar snap peas.

"This is a super-easy and delicious Cantonese-inspired seafood dish that uses only a few fresh ingredients," she says.

"If you can get fresh scallops from the fish counter, that's perfect: They are super-sweet and absorb the delicate gingery notes, umami savoriness from buying a good-quality oyster sauce and the rich subtle hits of Shaoxing rice wine that adds a silky sweetness.

"When I cook for a dinner party this is what I love to do at the last minute. I'll have some fish steaming, some rice in the rice cooker, something roasting in the oven, some veggie tofu stew, and then just wok this little number out. It's as reliable and as classic as your trusted little black dress."

The recipe is straightforward but you need to be very fast. The initial cooking time on the scallops is just five seconds, for example, and ditto for the mangetout, so you should have your ingredients lined up in order and ready to go.

The wok must be very hot, and Ching suggests a total cooking time of five minutes. (I capped it at four, but checked the scallops were ready so as not to poison myself.)

It serves four as a side or two as a main, but I ate it all myself in a single seating. Yes, I'm greedy.

Heat a wok over a high heat until smoking and add the rapeseed oil. Add the ginger and toss for a few seconds to release its flavor.

Add the scallops and cook for 5 seconds until seared and browned, then flip them over.

Season with the Shaoxing rice wine or dry sherry, then add the mangetout and stir-fry for 5 seconds.

Add a small splash of water around the edge of the wok to create some steam to help cook the mangetout, then season with the oyster sauce and light soy sauce and toss to coat well. The total cooking time is about five minutes.

Drizzle in the toasted sesame oil, then transfer to a serving bowl.

Sprinkle over some ground Sichuan pepper and a small drizzle of Chiu Chow Chilli Oil and serve immediately.