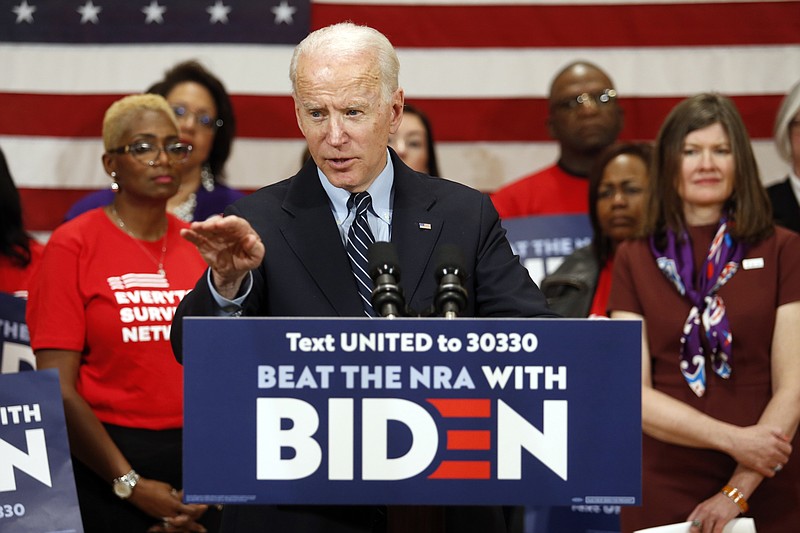 The Biden campaign, echoing concerns by public health experts that President Donald Trump will pressure the Food and Drug Administration to approve a covid-19 vaccine before the Nov. 3 election, sought assurances the White House wouldn't politicize the vaccine approval and distribution process.

"The concern they have is that Donald Trump could end up moving this process in a way that undermines the credibility of the vaccine and that will set our country back," Jake Sullivan, a senior policy adviser to the campaign, said on a call with reporters about the concerns of Democratic presidential nominee Joe Biden and his running mate, Kamala Harris.

Campaign advisers asked the administration what are the criteria that will be used to ensure a covid-19 vaccine meets the scientific standard of safety and efficacy; who will assure that decisions are driven by science and not politics; and what is the plan to allocate and distribute the vaccine "cost-free, safely, equitably and without politics."

"Given the president's track record, these are the questions that have to be asked," Symone Sanders, a senior adviser to Biden, said.

Fears about political influence were heightened after Trump claimed without evidence that the "deep state" was slowing the approval of a vaccine. As a result, FDA leaders are insulating the agency's vaccine reviewers from political pressure by closely adhering to the June guidelines it set for approving a vaccine.

Nine drug companies also issued a joint pledge on Tuesday stating they would not put forward a vaccine until it had be vetted for safety and efficacy.

Biden and Harris are seizing the chance to portray Trump as a president eager to use the vaccine to boost his reelection chances.

On Monday, Biden told reporters he would listen to scientists before getting a vaccine.

"One of the problems with the way he's playing with politics is he's said so many things that aren't true," he said about Trump. "I'm worried if we do have a really good vaccine, people are going to be reluctant to take it."

Still, Biden said he wants a vaccine made available as quickly and safely as possible.

Trump and his allies have slammed the Democrats for expressing hesitation about vaccines, calling Biden's comments "political lies."

"The vaccine will be very safe and very effective," the president said Monday. "And it'll be delivered very soon. Now, you could -- you could have a very big surprise coming up."