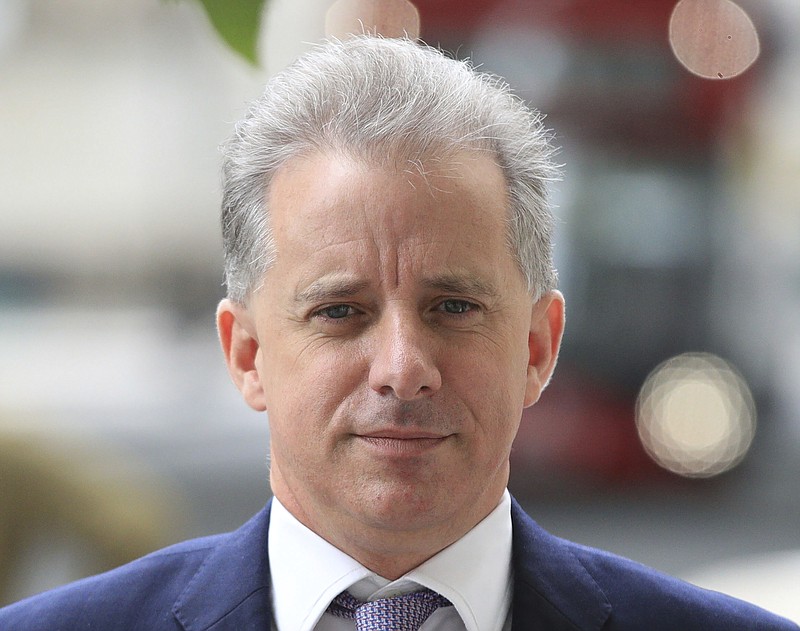 LONDON -- Britain's High Court on Friday dismissed a libel claim by a Russian businessman against the author of a report on President Donald Trump's alleged links to Russia and Russian interference in the 2016 presidential election.

Cyprus-based tech entrepreneur Aleksej Gubarev sued former British intelligence officer Christopher Steele and Steele's firm Orbis Business Intelligence for what he said were "seriously defamatory allegations" that he had "knowing involvement" in the hacking of the Democratic National Committee's computer systems before the 2016 election.

Judge Mark Warby ruled that the references to Gubarev in the Steele dossier were defamatory and their publication "caused serious harm to his reputation." But he said Steele could not be held responsible for making the dossier public. It was published by BuzzFeed in January 2017.

The judge said Gubarev "would have been entitled to substantial damages, if he had proved that the defendants are responsible in law for the publication complained of. But he has failed to prove that."

The dossier, which Steele had been commissioned to compile by Fusion GPS, a Washington research firm, claimed Trump had been "compromised" by Russia's FSB security service and that Russian President Vladimir Putin had tried for several years to "cultivate" Trump as a presidential candidate. Trump denies all the claims.

Warby said in his judgment that after Trump's election in November 2016, Steele showed the dossier to a former State Department official in the hope he would give it to Sen. John McCain and U.S. intelligence agencies.

The judge said he accepted Steele's assertion that he had not wanted the document to be published.

Steele told the court at an earlier hearing that he felt "shock and horror" at BuzzFeed's "reckless" publication of the dossier.

Gubarev sued BuzzFeed in Florida over the publication. The claim was dismissed in December 2018, but according to the High Court judgment, the U.S. Court of Appeals ordered Gubarev's case against the news site to be reheard. The hearing has yet to take place.