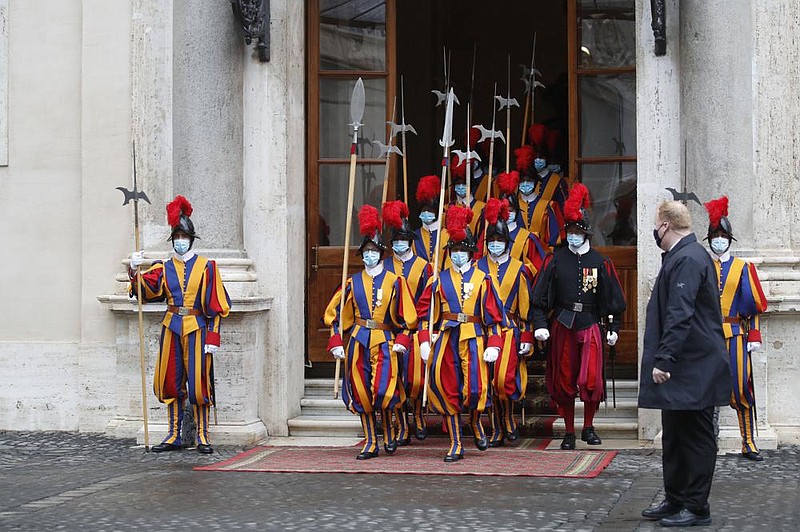 VATICAN CITY -- Pope Francis met with the Spanish prime minister Saturday at the Vatican, which has had a rash of coronavirus infections confirmed in recent days, but neither man used a mask during the public part of their meeting.

Prime Minister Pedro Sanchez wore a mask when he arrived in a Vatican courtyard. But everyone sat unmasked immediately before and after his private talks with Francis at the Apostolic Palace, including during the speech the pontiff gave in Spanish to Sanchez and his entourage.

Throughout the pandemic, Francis has received world leaders and posed with them for photos, as he did with Sanchez, often posed nearly shoulder to shoulder and without wearing a mask. 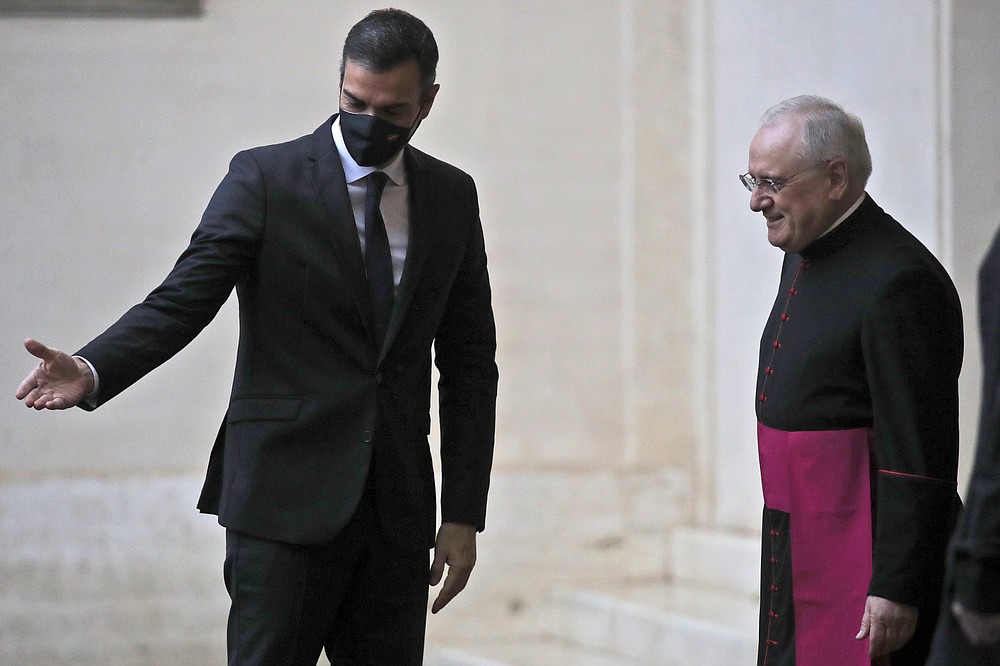 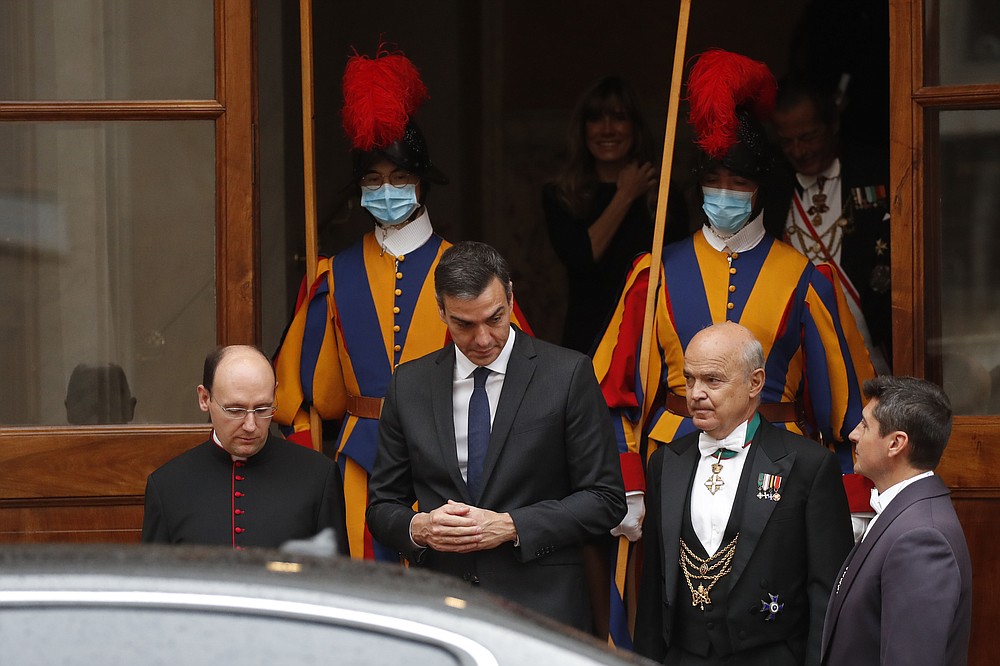 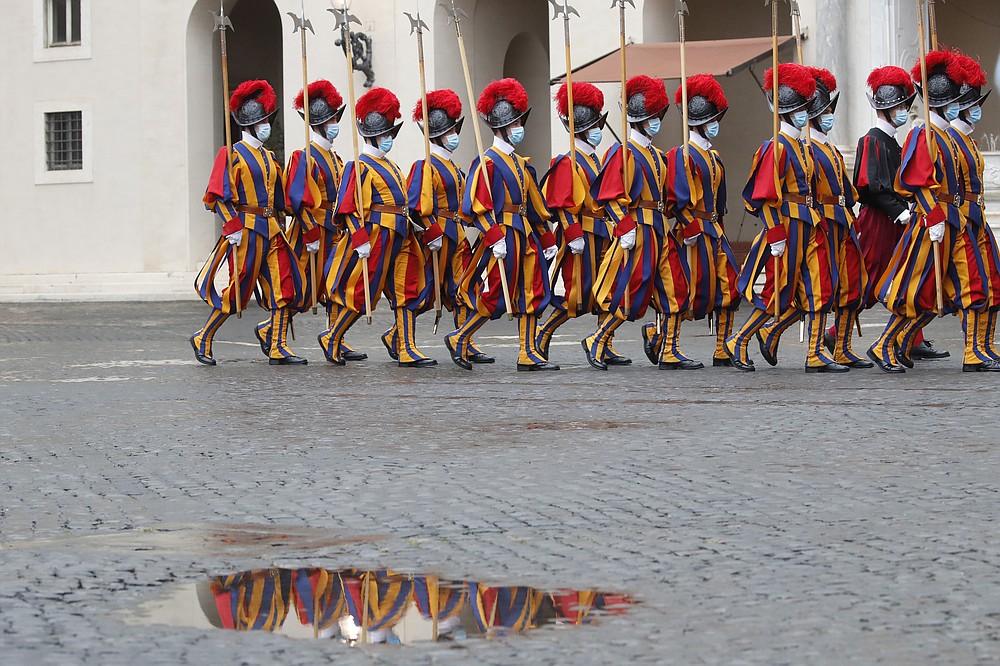 Vatican Swiss Guards wearing masks to curb the spread of COVID-19 march as they leave the St. Damaso courtyard after the visit of Spain's Prime Minister Pedro Sanchez to Pope Francis, at the Vatican, Saturday, Oct. 24, 2020. (AP Photo/Alessandra Tarantino) 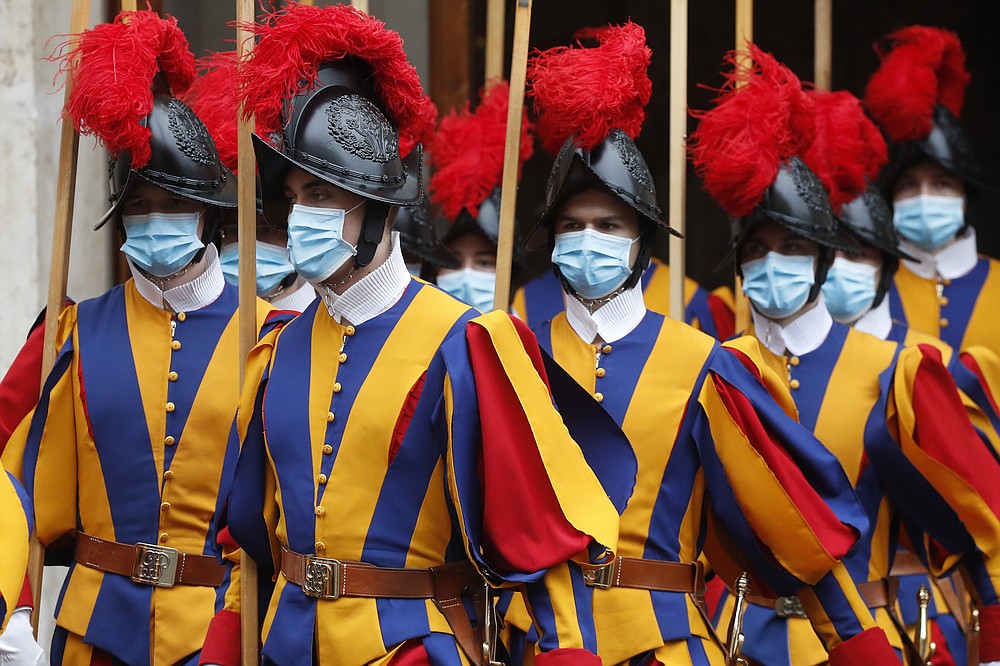 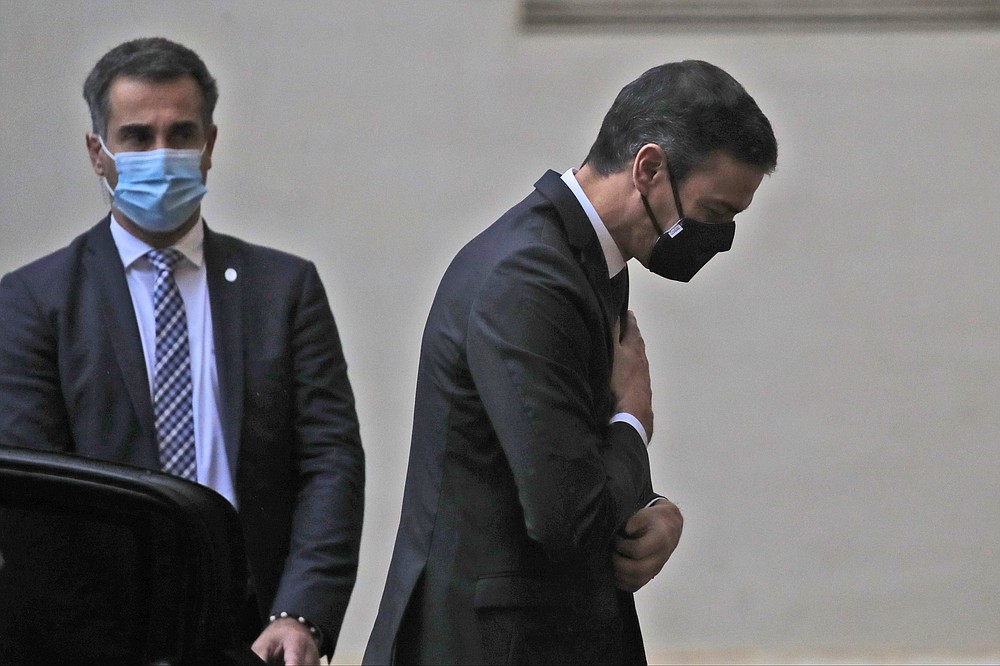 DOUALA, Cameroon -- Attackers shot dead at least four students and wounded a dozen others after storming into a private school in Cameroon on Saturday morning, an official said.

It was not immediately clear why the attack at Mother Francisca Memorial College occurred. The deputy prefect of the community of Kumba, Ali Anougou, blamed separatists who have been fighting the military in parts of western Cameroon. Some separatists have targeted schools or students.

"At least six students were shot at close range," Anougou said, with some in critical condition.

The official vowed that the perpetrators would be captured and killed, and that residents living near the school would face measures for not intervening.

The school was an illegal, undeclared one, Anougou said, adding that authorities could have made security arrangements for the school otherwise.

TEHRAN, Iran -- Iran's supreme leader Saturday urged authorities to prioritize public health above any economic or security concerns in the Mideast's worst outbreak of the coronavirus.

Iran's death toll from the global pandemic topped 32,000 last week. The government has resisted a total lockdown fearing it would further devastate its economy, already weakened by U.S. sanctions.

Ayatollah Ali Khamenei told officials during a meeting with the country's top counter-coronavirus committee that "the main priority in decision-making is people's health."

Khamenei urged "all organizations" to follow strictly the health ministry's guidelines to help restrict the virus' spread, "regardless of other considerations."

Iran shattered its single-day death toll record on Monday, and recorded consecutive daily infection highs on Tuesday and Wednesday -- then again on Friday.

A top health official stressed last week that the true number of deaths from the outbreak is likely 2.5 times higher.

On Saturday, the Iranian Health Ministry put the official death toll from covid-19 at 32,320, adding 335 casualties from the past twenty-four hours.

LAGOS, Nigeria -- Nigeria's top police official on Saturday ordered the immediate mobilization of all officers to "reclaim the public space from criminal elements masquerading as protesters" after days of unrest and demonstrations over police abuses that left at least 69 people dead.

The police order could further heighten tensions in Africa's most populous country after some of its worst turmoil in years. Nigeria's inspector general of police, M.A. Adamu, ordered colleagues to "dominate the public space" while announcing that enough is enough, a statement said.

[Video not showing up above? Click here to watch » https://www.youtube.com/watch?v=PH9mCaS_iY8]

Some Nigerians then criticized President Muhammadu Buhari for not mentioning the killings and instead warning citizens against "undermining national security." The government has insisted that the protests, while well-intentioned, were hijacked by thugs who looted and burned vehicles and businesses in the two days after the soldiers opened fire.

By not taking action against security forces, some Nigerians have warned, the president could inspire further abuses.

The new police order came even as a 24-hour curfew loosened for the first time Saturday in Lagos, a city of some 20 million. 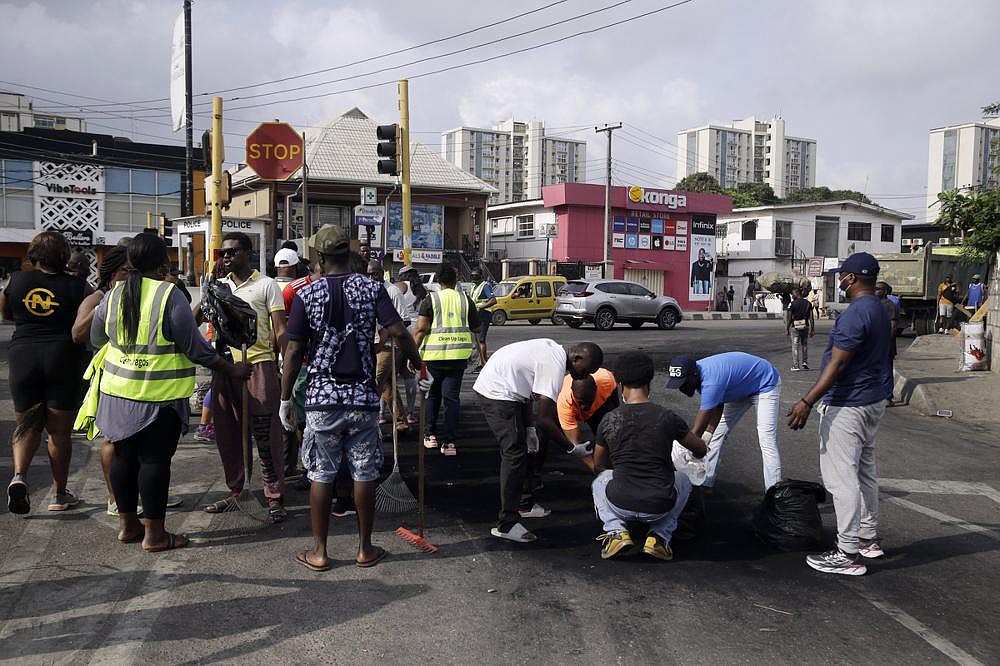 Volunteers clean up debris Saturday in Lagos, Nigeria, after protests over police abuses have led to what the president calls “hooliganism.” Video at arkansasonline.com/1025bukuru/. (AP/Sunday Alamba)