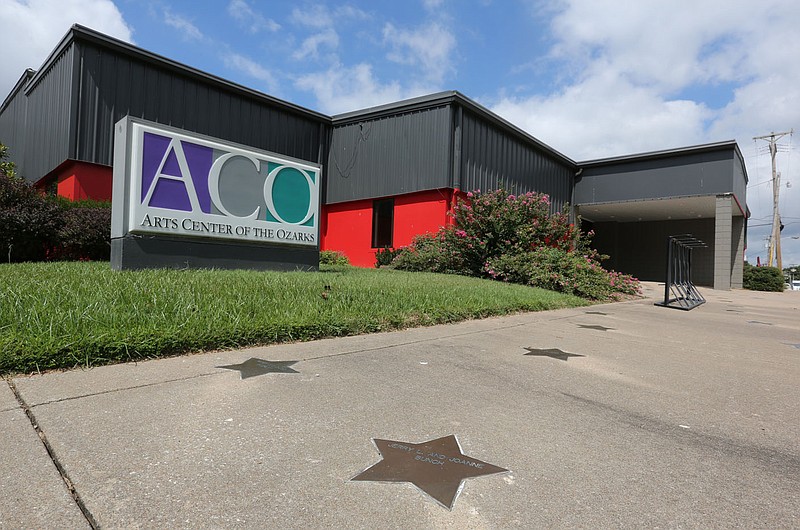 The Arts Center of the Ozarks is visible Thursday, September 3, 2020, in Springdale. The Creative Arkansas Community Hub and Exchange on Sept. 18 will take over ownership of the building at the corner of Grove Avenue and Main Street, according to a press release from the Northwest Arkansas Council. A grant from the Tyson Family Foundation is supporting the change, according to the release. Check out nwaonline.com/200904Daily/ and nwadg.com/photos for a photo gallery. (NWA Democrat-Gazette/David Gottschalk)

Without a physical home since the sale of the property at 214 S. Main St. in Springdale, the Arts Center of the Ozarks is on the move — and temporarily working in Turnbow Park.

“Downtown Springdale Alliance reached out to us for a partnership of something fun for their Ozarktober fest,” says Erin West, ACO assistant executive director. “Turnbow Park is a unique place to perform. It’s outdoors and allows a good amount of space between performers and the audience. It gave us the opportunity to explore performance in new spaces.”

Jacob Christiansen picked the play, “Sure Thing” by David Ives.

“Ives is especially famous for his short comedies,” the director says. “I’ve had a well-known anthology of his — titled ‘All in the Timing’ — for a long time and have had a bookmark in this script. I love ‘Sure Thing’ for its sharp use of convention, its extremely clever dialogue and its producibility.

“In the play, strangers meet in a coffee shop and need multiple chances to make ‘love at first sight’ go right,” Christiansen says. “Every time a bell rings, that means one of the characters has given a ‘wrong answer’ in the conversation, and they get another chance to say the correct thing. The audience gets to enjoy the ‘meet cute’ love story as well as laughing out loud at the brilliant interplay between the bell and the actors.”

Christiansen says casting the show was simple, even in the time of covid-19 concerns.

“I think artists — especially theater artists — are hungry for material to work on in the midst of this crisis,” he says. “When I was asked to direct, I couldn’t say yes fast enough! Getting to do live theater work again after months and months without it was very exciting to me. I suspected that we would be able to find actors who felt the same way. I was right! We — myself and the ACO — reached out to a group of actors who we suspected were interested and available and put together two very capable, funny and enthusiastic casts.”

WHERE — Turnbow Park in downtown Springdale