A Little Bit Normal: APT offers something familiar and missed 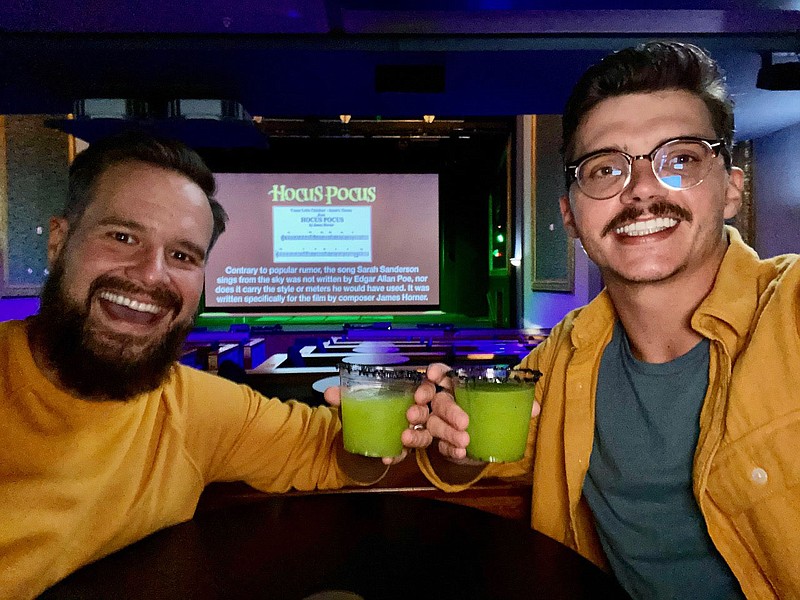 Live theater is off through the end of the year at Arkansas Public Theatre in Rogers, so the historic venue is going back to its roots. The Victory Theater opened as a film house in 1927 -- the sound system was installed in 1929 when the "talkies" came along. Now the beloved community gathering space is offering a safe cinematic experience to movie lovers with "something for everyone" on the Victory Film Series.

"I absolutely love the romance of the building. So to me, there's nothing better than being inside the Victory," enthuses Joseph Farmer, executive director at APT. "Even though you're six feet away from some of your dear friends, having that shared cinematic experience, I know I've been missing that for a while.

"And it's definitely different seeing it in this location on a big screen -- no dogs barking, no Zoom calls to take, that true escapism that's been missing. It's been nice to return to that."

The Victory Film Series kicked off the second weekend of October with screenings of "Pan's Labyrinth" and "Hocus Pocus." Though the opening weekend audience was small, they were mighty, Farmer shares. And the response from patrons seems to be a mix of relief and gratitude at having a safe outlet available for returning to the theater.

"Of course, our passion lies in live theater. But we can't do live theater right now. So in the meantime, let's go back to history," Farmer says. "Try to have something that feels a little bit normal."

Each film chosen for the series is tied to a significant date or reason for the showing. For instance, this weekend's films were selected in recognition of director Sam Rami's birthday ("Drag Me to Hell") and to celebrate the original Oct. 25, 1978, release date of the classic "Halloween."

Outside traditional holiday tie-ins, other dates of interest include commemorating the original radio broadcast of "War of the Worlds" in 1938 (Oct. 30 showing); "Frozen" (Nov. 27) was released on that date in 2013; "Trolls: World Tour" (Nov. 28) was unable to be released in theaters due to covid and will thus be a theatrical debut; and "Saving Mr. Banks" will screen on Walt Disney's birthday (Dec. 5).

"We're really trying to have some diversity in our lineup where there's something for everyone, as cliche as that may sound," Farmer notes, pointing to the films at the end of the year as the perfect example. "We get into Christmas and there's 'White Christmas.' There's also 'Scrooged.' There's also 'Krampus.' A little bit for everyone."

To further illustrate the point, the films on the series range in release date -- from 1953 to 2020 -- and from G or not-rated to R in ratings. Venue staff also plan to prepare a themed cocktail for the adults in the crowd, to be served at the concession stand at most, if not all, the films.

"It's more of an event and experience than it is just going to see a movie," Farmer says proudly.

WHEN — Fridays and Saturdays through Dec. 19

WHERE — Victory Theater at 116 S. Second St. in Rogers

The Walton Arts Center in Fayetteville also continues its Saturday Cinema series through at least Nov. 1. Here's the schedule: