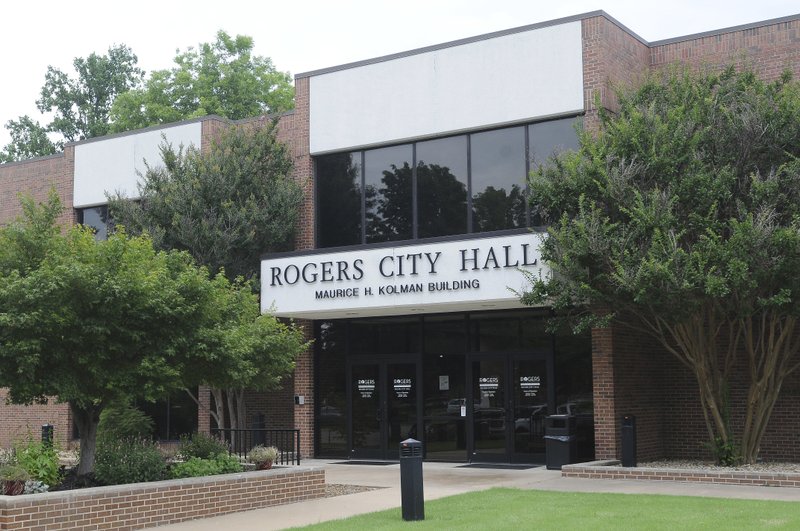 ROGERS -- The Planning Commission on Tuesday approved a rezoning and preliminary plans for new townhomes in a split decision.

Commissioners approved a request in a 5-3 vote to rezone about 4 acres at the northeast corner of South and West Everest Avenues from residential multifamily at nine units per acre to residential multifamily at 12 units per acre. The property is just east of Interstate 49 south of the Pinnacle Hills Promenade Mall. Plans for the project show 11 buildings with four units each and a maintenance building.

The townhomes' exterior are to have brick, siding and stone with a pitched roof with shingles, the plans show. The developer, John Carney, said the townhomes are to be basic housing for tenants who would like to pay about $900-$1,000 a month instead of $1,500-$1,800 a month for more amenities. He said the property will be professionally maintained and the company will be diligent about checking prospective tenants' records.

The commission tabled the request twice in August and expressed mixed opinions and concerns about the development on Tuesday.

Commissioner Don Spann said he had driven to the area and saw that nearby properties did not have fencing and saw items such as toys, barbecue pits and trash cans outside.

"Some of them have gardens. One of them looked like he had a portable outhouse on the patio. That's not what we want here. I'm sorry, but I think we have a responsibility to look at the context around us," Spann said.

"To me this project gives no favorable image to the street at all," he continued.

Commissioner Mandel Samuels said he had also driven through the neighborhood and disagreed with Spann. He added the new townhomes would work well with the area.

Commissioner Rachel Crawford agreed with Spann and said she was frustrated that there was little change in the design despite the commission tabling the project twice and asking for new designs.

Commissioner Kevin Jensen noted the commission had recently approved a similar project in the area and questioned why the commission would not allow this project.

"The reality is this neighborhood is already built out and for us to try to change the design for this one little section -- I don't think the change that we're looking for would exist with what's across the street and what's to the east," commissioenr John Schmelzle said.

The commission also approved a 14-unit townhome development on about 1.6 acres off of West Oliver Drive north of West New Hope Road and south of West Walnut Street. Site plans for the project, Trailside, show two three-story buildings. Each unit is to include three bedrooms, according to the plans.

Plans for a Shake's Frozen Custard off of West Walnut Street also got the green light. Shake's has one other restaurant in Northwest Arkansas in Fayetteville.

All items except for the Everest Avenue Townhomes passed unanimously with commissioner Mark Myers absent. The commission conducted its meeting via Zoom, a video conferencing service, in light of the covid-19 pandemic.