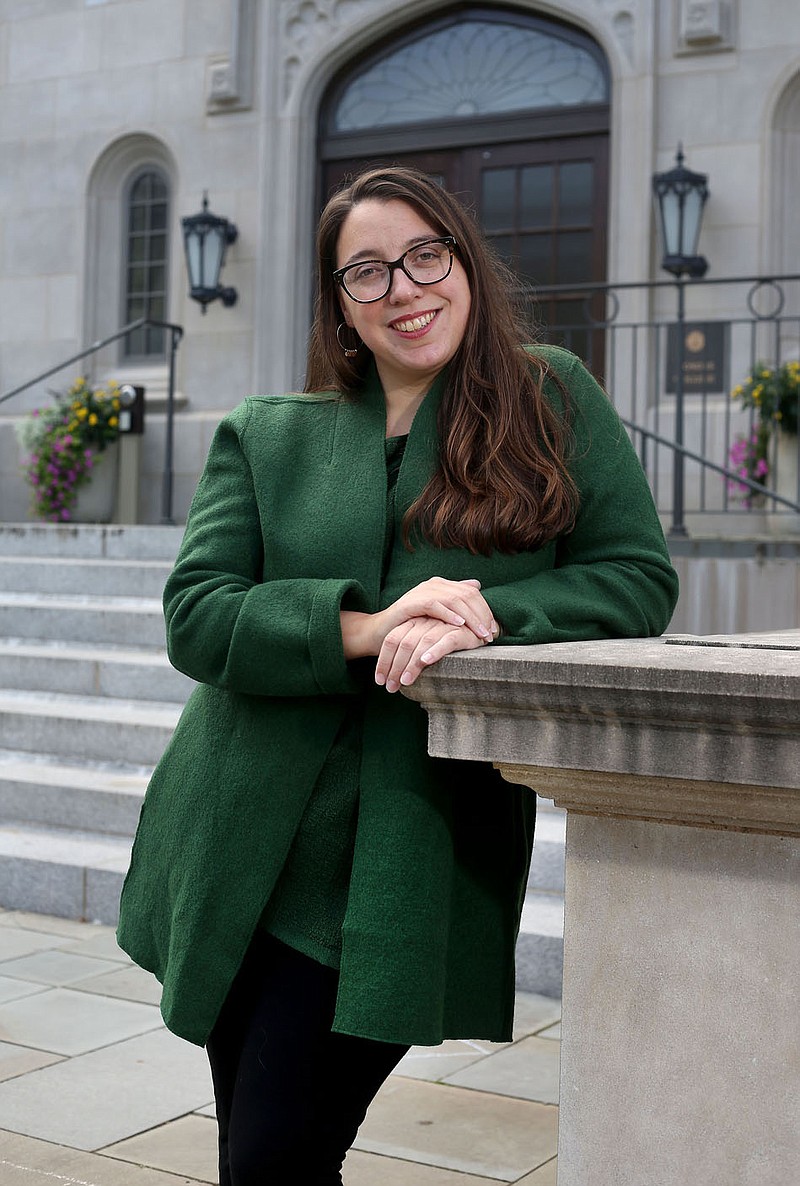 Lisa Corrigan is shown in this file photo.

University of Arkansas professor Lisa Corrigan is one of the panelists at KUAF’s upcoming event. She answered three questions for What’s Up! about the panel discussion.

Q. This panel includes a “conversation on anti-racism.” Can you talk about the difference between saying “I’m not racist” and being anti-racist? What is the importance of the term in a moment like this?

A. “I’m not a racist” is a way that people try to frame their own actions and behaviors to avoid accountability for how they have participated in and benefited from racism (either casually or structurally). Anti-racism is a positive and active commitment to equality and justice that acknowledges how people (especially white people) need to be accountable for participating in structures that produce or reinforce racial inequality. This moment calls for anti-racist action as people intentionally commit to building their own cultural competence about oppressed racial groups and to participating in interracial coalition building in politics.

Q. Many of us have a very general, broad knowledge of the Civil Rights Era. When you participate in a panel like this, what types of subject matter/incidences/people/ organizations do you anticipate or even hope to be able to drill down to in order to help educate us on the more specific issues of the Era? Is there anything you find the majority of the public to be ignorant of that is imperative for us to know in order to move forward on the issue of racial justice and anti-racism?

A. Knowledge of the Civil Rights Era mostly features clips of Martin Luther King Jr.’s “I Have A Dream” speech at the March on Washington for Jobs and Freedom in 1963. White people are particularly enamored with King’s comments about meritocracy when he says: “I have a dream that my four little children will one day live in a nation where they will not be judged by the color of their skin but by the content of their character.” They like this clip because they want to be color blind (“I don’t see race”) so they can avoid accountability for their lack of knowledge about the lives of Black people and other people of color and so that they can talk about their intentions rather than actions. But they know next to nothing about the history of the trans-Atlantic slave trade, plantation violence, Reconstruction, lynching, Jim Crow segregation, civil rights activism or Black Power activism. And that’s by design since the country’s school curriculum barely reports or reflects on the violence and brutality of anti-Black public policy. White people have feelings about racial justice and anti-racism but they don’t know a whole lot about America’s racial history, so they have a responsibility to fill those gaps to be credible about their intentions or actions.

A. Public radio has a mission to provide the American public with information even about difficult topics. Anti-Blackness is a central part of America’s history, so I appreciate KUAF’s commitment to offering long-form journalism that offers nuance and multiple perspectives on how Anti-Blackness has shaped and continues to shape life in the United States.