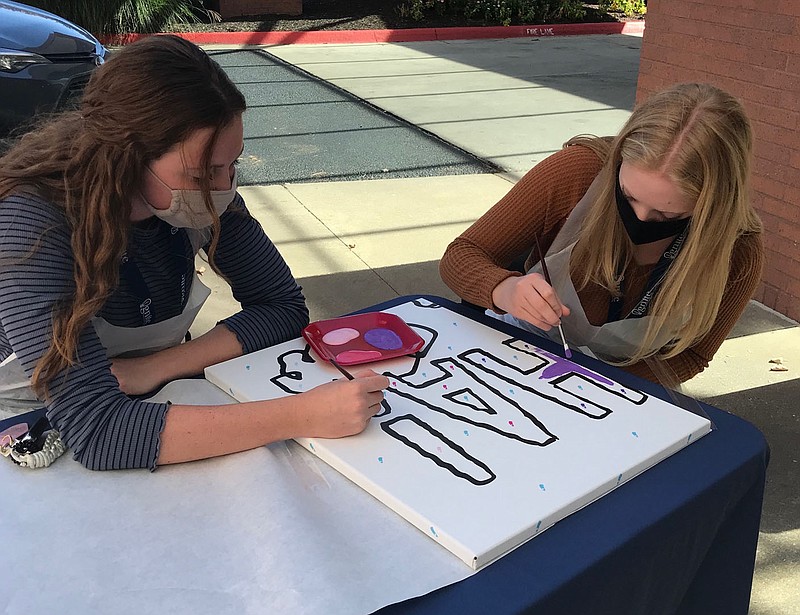 Out of all the potential landing spots -- not just in Arkansas, but worldwide -- the iconic Peanuts puppy Snoopy has decided to bring his doghouse down at Northwest Medical Center in Bentonville. A new mural, provided by Peanuts Worldwide and the Foundation for Hospital Art, was painted last week by the community, including hospital staff and patients, and will be installed in the hospital's Family Birthplace.

"We are thrilled and moved to see Charles Schulz's iconic characters share their irrepressible joy with the patients at Northwest Medical Center [in] Bentonville and other hospitals around the world," Roz Nowicki, executive vice president of Peanuts Worldwide, said in a news release. "At a time when we all need hope and humor, we believe he would be thrilled to know that his work is bringing both to adults and children across the globe."

Jeannie Schulz said her husband managed to create "recognizable characters that express the humanity of each of us. It hits on a lot of cylinders."

Charles M. Schulz first introduced the world to the Peanuts characters in 1950, when the Peanuts comic strip debuted in seven newspapers. The murals -- 70 of them to be placed in hospitals on six continents as part of a new "Take Care With Peanuts" Hospital Mural Program initiative -- celebrate the 70th anniversary of that debut. The first murals went up Oct. 1 at One Brooklyn Health at Brookdale Hospital in New York and CHOC Children's Hospital of Orange County in California.

"When kids see the familiar face of Snoopy, they feel like they are at home watching the cartoon," Dr. Kusum Viswanathan, who heads the pediatrics department at Brookdale University Hospital Medical Center, told The Associated Press. "I think it'll really help in positive coping and distraction. It makes the environment very comfortable, as opposed to being very stiff and professional."

The 4-foot-8-inch wide by 4-foot-1-inch high murals -- which show an image of Snoopy and Woodstock sharing a laugh atop his doghouse -- were sent to participating hospitals in six pieces, along with smocks, brushes and paints in 13 colors. Northwest Medical Center in Bentonville was selected after providing the Foundation for Hospital Art with an overview of the services the hospital provides to the community.

"They selected us as a facility representing the values of the program," said Turner Willis, assistant chief executive officer for the hospital.

"Our nonprofit is dedicated to making hospital visits a friendlier, more hope-filled experience for patients through the power of art -- and who can do that more effectively than Peanuts?" said Scott Feight, executive director of the Foundation for Hospital Art. "Charles Schulz created indelible characters who bring joy to all who see them, which is why Peanuts is such a perfectly aligned partner for the Foundation for Hospital Art."

"The team at Northwest Medical Center is grateful and delighted to receive the gift of Snoopy," Willis added. "Snoopy represents the best of all of us -- imagination, confidence, resilience, and of course, happy dancing! -- and this is exactly what we'd like every person to feel as they walk through our doors. We couldn't be more pleased."

In addition to the mural, Northwest Medical Center will be receiving a Peanuts-themed work of art from one of the seven international artists who formed the Peanuts Global Artist Collective, hospital spokeswoman Christina Bull said. This two-year initiative invited the artists -- all Peanuts fans themselves -- to combine Charles Schulz's work and their own artistic style to create public art installations around the world. As the Peanuts Global Artist Collective comes to an end, the artists were able to contribute one of their works to a hospital of their choice.

According to The Associated Press, other initiatives launching to celebrate the "Peanuts" anniversary include an animated video campaign on social media urging viewers to be kind to each other, Earth and themselves. There's also a new Apple TV+ animated show debuting in February called "The Snoopy Show." 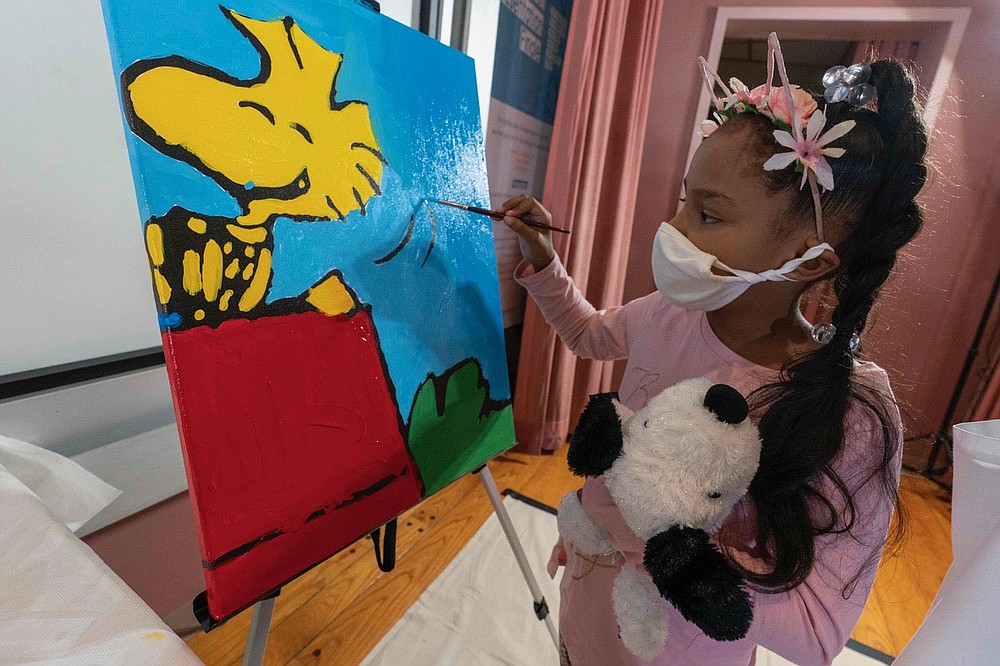 Kaley Williams, 8, paints a panel of a "Peanuts" mural that will be placed in the outpatient pediatric floor of One Brooklyn Health at Brookdale Hospital, Thursday, Oct. 1, 2020, in the Brooklyn borough of New York. The virus pandemic won't stop Charlie Brown, Snoopy or the "Peanuts" gang from marking an important birthday and they're hoping to raise the spirits of sick kids while they celebrate. The beloved comic marks its 70th anniversary this week with new lesson plans, a new TV show and a philanthropic push that includes donating "Peanuts" murals for kids to paint in 70 children's hospitals around the globe, from Brooklyn to Brazil. (AP Photo/Mary Altaffer)
More News

The mural is on exhibit indefinitely in the Family Birthplace at Northwest Medical Center in Bentonville. Email [email protected] for information about in-person visits.