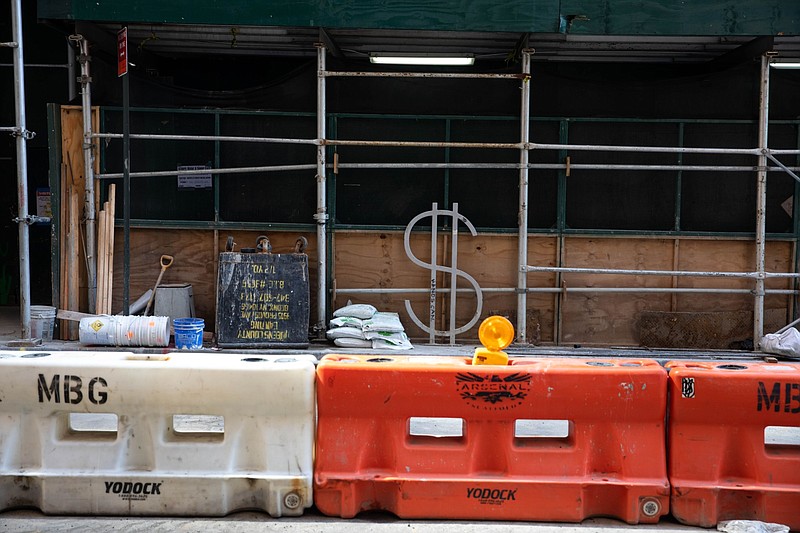 This can be added to the list of ways the coronavirus pandemic has shaken up markets: Never before have this many large, public companies trading in the U.S. been unprofitable.

Forty-three of the 345 companies with a market valuation above $25 billion have posted cumulative losses over the trailing 12 months worth of reported results, according to an analysis of Bloomberg data as of Oct. 13. At the start of 2020, only 14 companies fit the bill.

The list reflects not only the difficult operating environment that is crushing business at bellwethers like Walt Disney Co., it also shows how stay-at-home trends have helped some companies surge into the stock market's big leagues before turning a consistent profit. Both macroeconomic conditions and the ability of high-momentum names to justify their valuations are likely to be key themes as the third-quarter earnings season begins.

"The impact of the pandemic is being felt by everyone, but the effect isn't symmetrical," said David Joy, chief market strategist at Ameriprise Financial. "Some are really struggling, while there's also been extraordinary increases in demand for some new names that may not prove to be sustainable. This season will be very difficult to get your arms around in any sort of aggregate way."

The number of unprofitable large companies, while not entirely because of the pandemic, eclipses even the amount during the global financial crisis, though there were fewer companies of that size then. At the start of 2009, there were 73 companies with market values of at least $25 billion and four of them had reported losses over the previous 12 months, according to data compiled by Bloomberg.

Disney is the largest company on the current list, which also includes foreign firms with American depositary receipts. Disney has posted a net loss of $1.1 billion over the trailing 12 months of reported results amid lengthy shutdowns at its theme parks, along with repeated delays or distribution changes for its movies. At this point last year, Disney had reported more than $12.3 billion in trailing 12-month net income.

Shelter-in-place orders also have supported Disney's streaming-video service, which has grown to the point that the company is reorganizing to focus more on streaming. The company didn't return a request for a comment.

Chevron is the second-largest name by market cap and its loss is the biggest at $8.7 billion. The Dow Jones Industrial Average component has grappled with weaker energy demand, with West Texas intermediate crude oil still down nearly 35% year to date after trading at an unprecedented negative price in April.

The list includes several unprofitable companies whose valuation has surged as remote work and other elements of pandemic life boost demand. Among names that have climbed above the $25 billion threshold are Peloton Interactive Inc., up more than 360% in 2020 amid widespread closures of gyms; DocuSign Inc., which has more than tripled as more paperwork goes virtual; and Wayfair Inc., which has gained about 240% as consumers flock to the online home-goods retailer to spruce up their home offices.

The overall list should shrink over the next year: Only 10 companies of $25 billion or more in market cap are expected to post cumulative net losses over the next 12 months, according to analyst estimates compiled by Bloomberg.

For Don Calcagni, chief investment officer of Mercer Advisors, the large number of unprofitable large companies highlights that investors need to determine whether pandemic-related changes, whether good or bad, will be permanent.

"Disney's losses are from the pandemic; it will be fine in the long term," he said in a phone interview. "For DocuSign or Zoom, the pandemic has only accelerated adoption that was happening anyway. But Peloton's growth looks more episodic. Going to the gym has been cut short by Covid, so I'm not sure its growth will be sustainable."

Information for this article was contributed by Tom Contiliano of Bloomberg News.