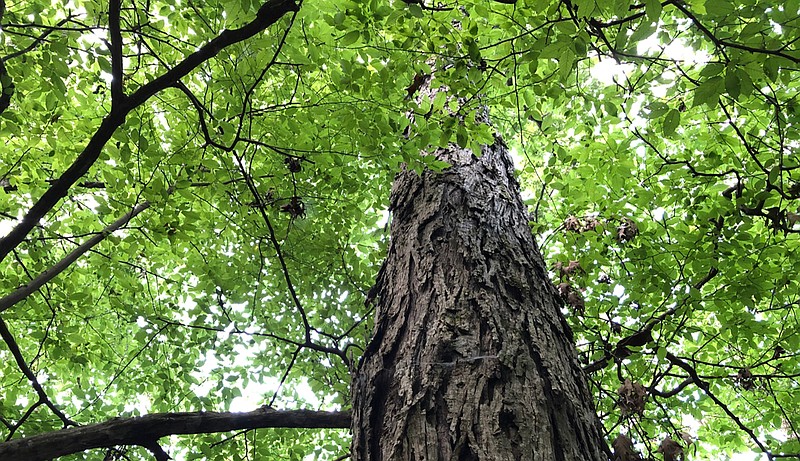 Consciously watching for small wonders in the world around you during an otherwise ordinary walk could amplify the mental health benefits of the stroll, according to an interesting new psychological study of what the study's authors call "awe walks."

In the study, people who took a fresh look at the objects, moments and vistas that surrounded them during brief, weekly walks felt more upbeat and hopeful in general than walkers who did not. The findings are subjective but indicate that awe walks could be a simple way to combat malaise and worry. They also underscore that how we think and feel during exercise can alter how the exercise alters us.

There already is considerable evidence, of course, that exercise, including walking, can buoy our moods. Past studies have linked increased physical activity to greater happiness and reduced risks for anxiety, depression and other mental ills.

Feeling a sense of awe also seems to increase our overall feelings of gladness and improve health. A somewhat nebulous emotion, awe generally is defined as the sense that you are in the presence of something larger and more consequential than yourself and that this something is mysterious and ineffable. In past studies, people who reported feeling awe also tended to have less emotional stress and lower levels of substances related to body-wide inflammation.

But no studies had looked into whether mixing awe and activity might somehow augment the benefits of each — or, on the other hand, reduce them. So, for the new study, which was published in September in Emotion, scientists affiliated with the Memory and Aging Center at the University of California, San Francisco, and other institutions decided to start teaching older walkers how to cultivate awe.

They concentrated on people in their 60s, 70s and 80s, ages when some people can face heightened risks for declining mental health. The researchers also had a ready-made volunteer pool, consisting of men and women already participating in an ongoing UCSF study of how to age well.

The scientists asked 52 of the study volunteers if they would mind adding a weekly 15-minute walk to their normal schedules. All of these selected recruits were physically and cognitively healthy. Fresh, baseline studies of their mental health showed they were psychologically well-adjusted as well, with little anxiety or depression.

The scientists randomly divided these volunteers into two groups. One, as a control group, was asked to start walking, at least once a week, for 15 minutes, preferably outside, but given few other mandates.

The members of the other group likewise were asked to walk once a week, but also were instructed in how to cultivate awe as they walked.

"Basically, we told them to try to go and walk somewhere new, to the extent possible, since novelty helps to cultivate awe," says Virginia Sturm, an associate professor of neurology at UCSF, who led the new study. The researchers also suggested that the walkers pay attention to details along their walks, Sturm says, "looking at everything with fresh, childlike eyes."

'FOCUSING ON THE WORLD'

They emphasized that the awesome can be anywhere and everywhere, she says, from a sweeping panorama of cliffs and sea to sunlight dappling a leaf. "Awe is partly about focusing on the world outside of your head," she says, and rediscovering that it is filled with marvelous things that are not you.

The awe walkers, like the control group, were asked to walk outdoors. Neither group was told to confine their walks to parks or to avoid urban settings, Sturm says. Both groups were asked to take a few selfies during their walks, in order to document locales, but otherwise to avoid using their phones while walking.

The walkers in both groups uploaded their selfies to a lab website and also completed a daily online assessment of their current mood and, if they had walked that day, how they had felt during their strolls.

After eight weeks, the scientists compared the groups' responses and photos.

Not surprisingly, they found that the awe walkers seemed to have become adept at discovering and amplifying awe. One volunteer reported focusing now on "the beautiful fall colors and the absence of them among the evergreen forest." A control walker, in contrast, said she spent much of a recent walk fretting about a forthcoming vacation and "all the things I had to do before we leave."

The researchers also found small but significant differences in the groups' sense of well-being. Overall, the awe walkers felt happier, less upset and more socially connected than the men and women in the control group. The volunteers in the control group reported some improvements in mood, but their gains were slighter.

More startling, the researchers noted a variance in the groups' selfies. Over the course of the eight weeks, the size of awe walkers' countenances shrank in relation to the scenery around them. Their faces grew smaller, the world larger. Nothing similar occurred in the photos from the control group.

"We had not expected that," Sturm says.

The findings are subjective, though, since awe, like other emotions, is difficult to quantify, and there is, as yet, no other science indicating that becoming a punier part of your own selfies says something about you. The study participants also uniformly were older people in good health who walked. It is not clear whether young people or those with illnesses likewise would benefit, or if you can and should try awe runs, swims, hikes or rides.

But Sturm thinks the possibility is enticing, especially now, when the pandemic and other concerns are rampant. "It is such a simple thing" to look around for small wonders while you exercise, she says, "and there's no downside."