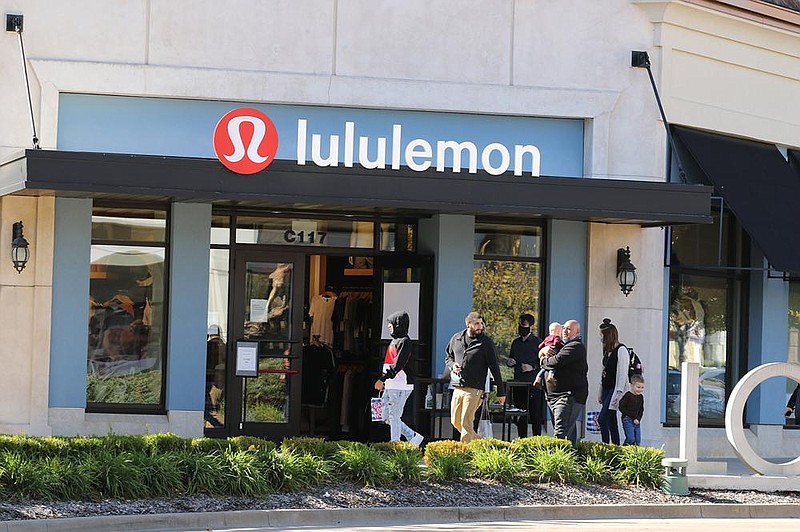 U.S. retail sales rose 1.9% in September, the fastest pace in three months and the fifth consecutive month of growth.

The figure was up from an increase of 0.6% in August and capped a third-quarter rebound for consumer spending that faces increasing headwinds.

Much of last month's growth came from clothing stores, where sales rose 11%, the U.S. Commerce Department said Friday. At auto dealerships and auto part shops, sales were up 3.6%. And those looking to go camping or buy exercise equipment for their homes sent sales at sporting goods stores up 5.7%.

Consumer spending makes up two-thirds of all U.S. economic activity, and is watched closely to gauge the country's economic health.

The only sector to decline was electronics and appliance stores.

Friday's retail sales report covers only about a third of overall consumer spending. Services such as haircuts and hotel stays are not included in the report. All of those types of businesses have been badly hurt by the pandemic.

The economy's rebound from the pandemic-driven downturn is threatened, though, by a new acceleration in coronavirus infections and Congress's failure to agree on a fresh stimulus package, developments that appear to be weighing on an already-slowing labor market recovery.

While the $600 weekly payments for jobless Americans expired in July, a temporary program authorized by President Donald Trump provided most benefit recipients about $300 extra a week for a limited time. But funding for that program is dwindling, and the broader drop-off in payments risks a hit to future consumer spending.

"The extra $300 kicked in a lot in September and I think that helped boost consumer spending," said Ryan Sweet, head of monetary policy research at Moody's Analytics Inc. "With the absence of additional fiscal stimulus we're going to start to see spending moderate."

A separate report Friday from the Federal Reserve showed that U.S. manufacturing production unexpectedly declined in September, the first decrease in five months and a sign of headwinds for the industrial sector as the pandemic keeps its grip on the world's largest economy.

Another factor at play in the strong figures could have been back-to-school shopping that was pushed into September, said Michelle Meyer, head of U.S. economics at Bank of America Corp. Supplies are typically bought through the summer, but "this year, with schools going back later, or not at all, or just some confusion as to what that would look like, it could be that people delayed those purchases," she said.

Figures from the JPMorgan Chase Institute also showed that unemployment benefits inflated the bank accounts of unemployed Americans earlier in the year, who have been using up savings since the extra $600 expired in July.

Before Friday's report, analysts were projecting consumer spending to have advanced at a 37.2% annualized pace in the third quarter following a record 33.2% drop in the previous period. Fourth-quarter gains, though, were forecast to slow to 3.7%.

With the pandemic has also come a shift in consumption patterns. Total retail sales have surpassed their February level but several industries -- including restaurants, clothing and electronics and appliance stores -- remain below year-earlier levels. Instead, consumers are spending more at grocery stores, online vendors and building material retailers.

While consumer goods spending on the whole has rebounded to a new high, total outlays, which include both goods and services, lag behind February levels as the pandemic continues to hamper activities such as travel. The Commerce Department will release the September figures for personal spending on Oct. 30.

Growth could moderate in the next three months "but it will still continue to make progress toward that V-shaped recovery," Chetan Ahya, Morgan Stanley's chief economist, said on Bloomberg Television. He expects the U.S. economy to reach pre-covid levels by the second quarter of 2021.

Other data showed U.S. consumer sentiment ticked up in early October to a seven-month high on an improved economic outlook, though confidence remained well below pre-pandemic levels.

The University of Michigan's preliminary sentiment index for October advanced to 81.2 from a final September reading of 80.4, according to data released Friday. The median estimate from economists surveyed by Bloomberg was for 80.5; the index was at 101 in February, near the highest since 2004.

The gauge of current conditions decreased 2.9 points to 84.9, while a measure of expectations rose 3.2 points to 78.8.

While the result indicates pessimism about the future has diminished a bit, views of buying conditions for durable goods worsened in the survey, pointing to slightly less appetite for big-ticket purchases ahead of the holiday shopping season. In addition, the gap between Democrats and Republicans on sentiment remained wide.

Information for this article was contributed by Joseph Pisani of The Associated Press and by Reade Pickert, Olivia Rockeman and Henry Ren of Bloomberg News.