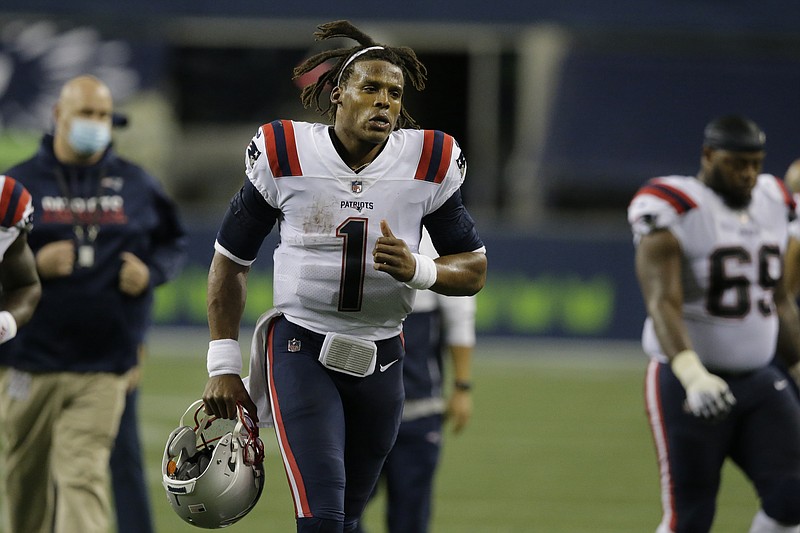 From New England to Atlanta to Indianapolis, the focus was not on football Friday. It was on, not surprisingly, coronavirus tests.

The Patriots canceled practice after a member of the organization tested positive for covid-19, a person familiar with the decision told The Associated Press. The person, speaking on condition of anonymity because the team and the NFL did not announce the positive test, did not reveal if it involved a player or a coach.

With the Colts, there were four positive tests that, when retested, came up negative. The Falcons returned to their facility one day after abandoning it when they had a second positive.

New England (2-2) already twice had the original Week 5 matchup against Denver postponed after four positive tests by players, including quarterback Cam Newton and cornerback Stephon Gilmore. The game is scheduled for Sunday in Foxborough, Mass., but now could be in jeopardy.

"I don't really know the answer to that," Broncos Coach Vic Fangio said when asked about finally playing the Patriots. "We're under the assumption and understanding that this game's going to go off on time. And anything that happens otherwise will happen when it happens."

Newton and Gilmore, the reigning defensive player of the year, returned to practice this week for the first time since testing positive for covid-19. Newton missed New England's loss at Kansas City on Oct. 5 after his Oct. 2 positive test. He was activated from the reserve/covid-19 list Wednesday. Gilmore was activated from the list Thursday, following his Oct. 7 positive test. Practice squad player Bill Murray also returned from the covid list Thursday.

Defensive tackle Byron Cowart was the only Patriots player currently still on the list after testing positive Oct. 11.

The Broncos (1-3) haven't played since Oct. 1. So if they play Sunday, they'll have had 16 days between games, one day longer than Tennessee's layoff before the Titans beat Buffalo on Tuesday night after the NFL's first covid-19 outbreak, which affected two dozen members of the organization. Denver's layoff is the longest in the league since 2001, when the NFL postponed all games the weekend after the 9/11 terrorist attacks. Three teams -- Saints, Steelers, Buccaneers -- had byes when play resumed a week later, so they all had 20 days between games that year.

Indianapolis closed its practice facility, then the four retests came back negative and the building reopened.

Coach Frank Reich did not identify who had the false positives but acknowledged if it wasn't a player, it was someone who worked closely with the players. He did say the four were kept out of the facility.

Reich actually had started making contingency plans to play the Bengals on Monday or Tuesday, and also rearranged Friday's schedule. The meetings were conducted virtually and after the second set of results came back, the Colts went through a lighter-than-normal practice at team headquarters wearing masks.

The Browns, who played the Colts on Sunday, had zero positive tests Friday morning and their building is open. The negatives included one for star wide receiver Odell Beckham Jr., who was ill and sent home Thursday and not allowed to practice Friday.

Rookie defensive tackle Marlon Davidson was placed on the covid-19/reserve list Tuesday and a second person, who is not a player, subsequently tested positive.

The Panthers have guard/center Tyler Larsen on the reserve/covid-19 list, five days after he played against Atlanta. 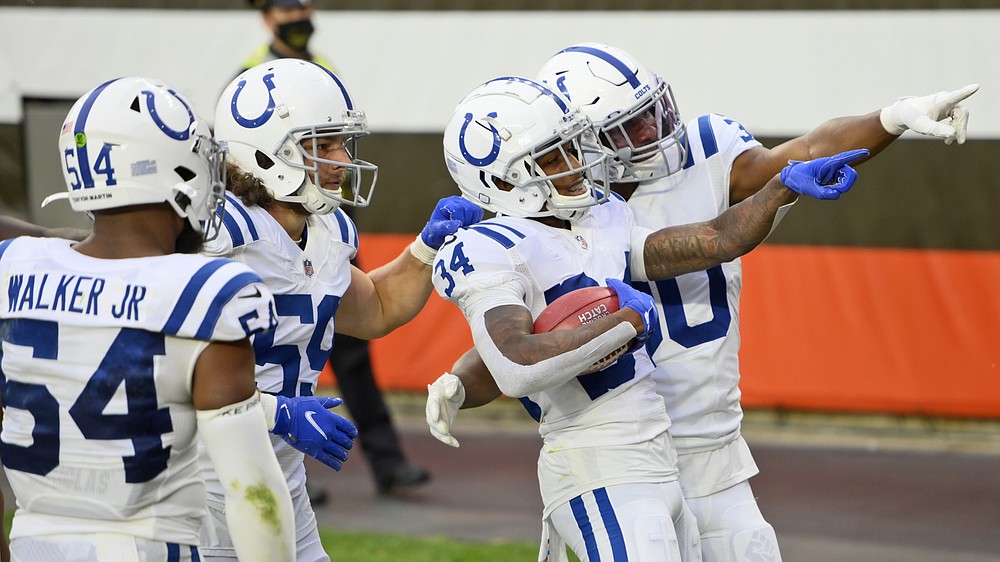 Indianapolis Colts cornerback Isaiah Rodgers (34) celebrates with teammates after Rodgers returned a kickoff for 101-yard touchdown during the second half of an NFL football game against the Cleveland Browns, Sunday, Oct. 11, 2020, in Cleveland. (AP Photo/David Richard)