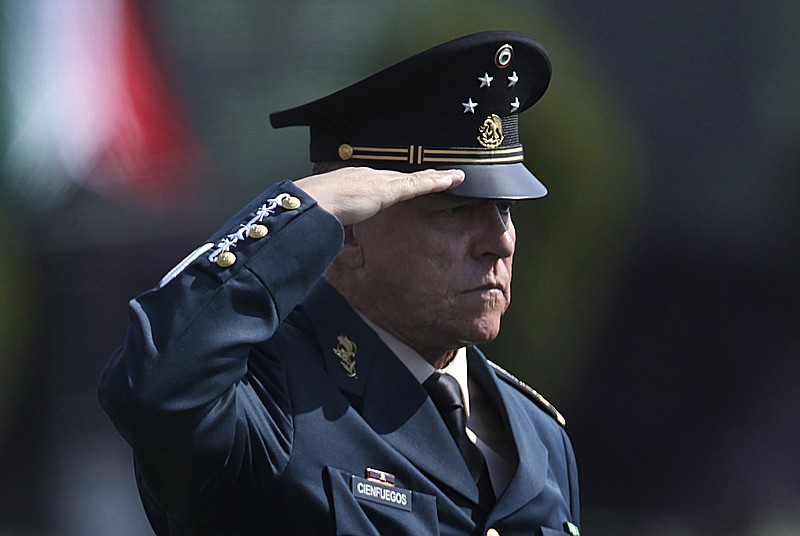 Two people with knowledge of the arrest said Cienfuegos was taken into custody on a U.S. Drug Enforcement Administration warrant. One of the people said the warrant was for drug trafficking and money laundering charges. Both spoke on the condition of anonymity because they were not authorized to discuss the case publicly.

Mexico's Foreign Minister, Marcelo Ebrard, wrote on his Twitter account that U.S. Ambassador Christopher Landau had informed him of the retired general's arrest and that Cienfuegos had a right to receive consular assistance.

A senior Mexican official, who also spoke on the condition of anonymity because he wasn't authorized to give details of the case, said Cienfuegos was arrested when he arrived at the Los Angeles airport with his family. His family members were released, and he was taken to the Metropolitan Detention Center.

Cienfuegos served from 2012 to 2018 as secretary of defense under Pena Nieto. He is the highest-ranking former Cabinet official arrested since the top Mexican security official Genaro Garcia Luna was arrested in Texas in 2019. Garcia Luna, who served under former President Felipe Calderon, has pleaded innocent to drug trafficking charges.

Cienfuegos is 72 years old and has retired from active duty. Mexico's Defense Department had no immediate reaction to the arrest.

Mike Vigil, the DEA's former chief of international operations, said when he was in Mexico in 2012 he heard corruption allegations about Cienfuegos.

"There were always allegations of corruption, nothing we could sink our teeth into. That was kind of unheard of because Mexico has always put the military on a pedestal," said Vigil, author of the book "The Land of Enchantment Cartel."

"The corruption is just coming to roost, because individuals who were once untouchable are now getting arrested," Vigil said. "If they cooperate [with U.S. prosecutors] there are others who are going to be falling," he said, noting U.S. officials "usually don't want to trade down, they usually trade up," seeking evidence against equal or higher-ranking officials. "It's really a precarious situation for Mexico to have two Cabinet-level officials arrested in the U.S."

Whatever the charges, it will be a tough blow for Mexico, where the army and navy are some of the few remaining respected public institutions.

While current President Andres Manuel Lopez Obrador has vowed to go after corruption and lawbreaking under past administrations, he has also relied more heavily on the army -- and charged it with more tasks, ranging from building infrastructure projects to distributing medical supplies -- than any other president in recent history.

Under Cienfuegos, the Mexican army was accused of frequent human rights abuses, but that was true of both his predecessors and his successor in the post.

The worst scandal in Cienfuegos' tenure involved the 2014 army killings of suspects in a grain warehouse.

The June 2014 massacre involved soldiers who killed 22 suspects at the warehouse in the town of Tlatlaya. While some died in an initial shootout with the army patrol -- in which one soldier was wounded, a human- rights investigation later showed that at least eight and perhaps as many as a dozen suspects were executed after they surrendered.

Information for this article was contributed by Mark Stevenson of The Associated Press. 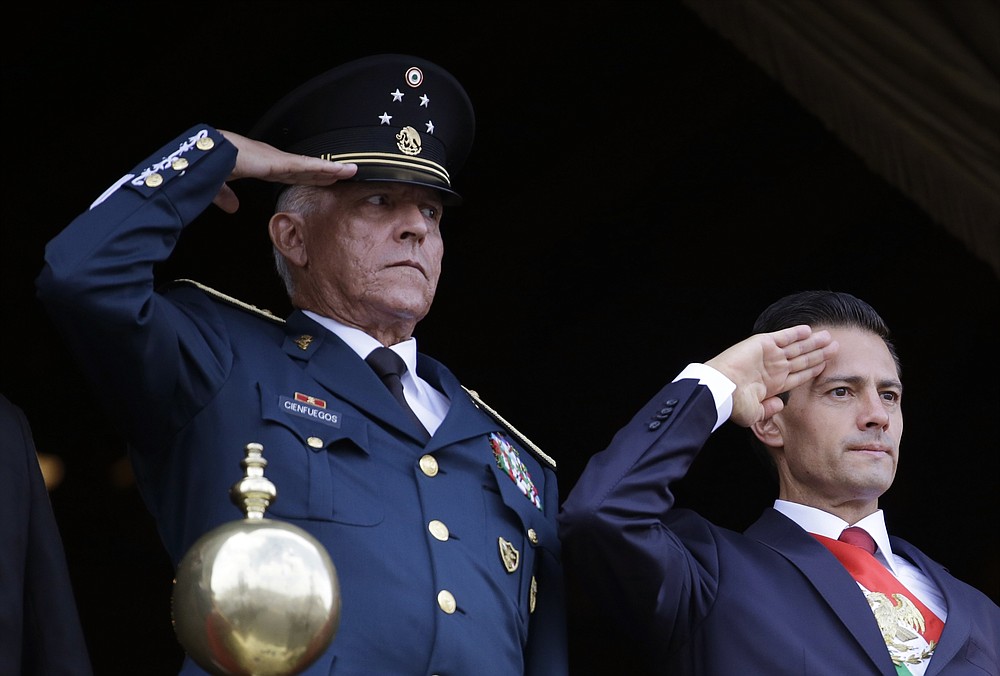 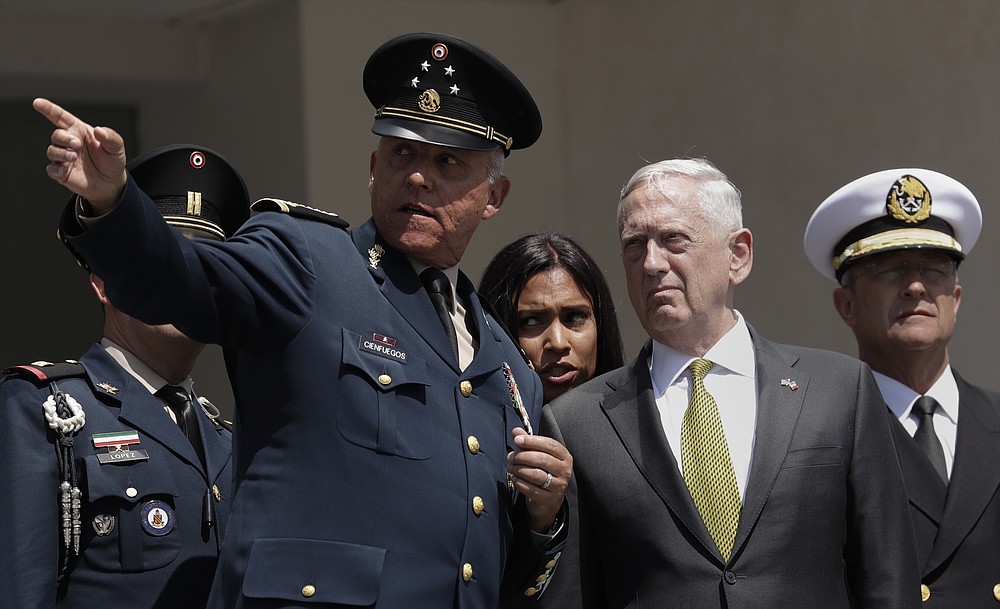