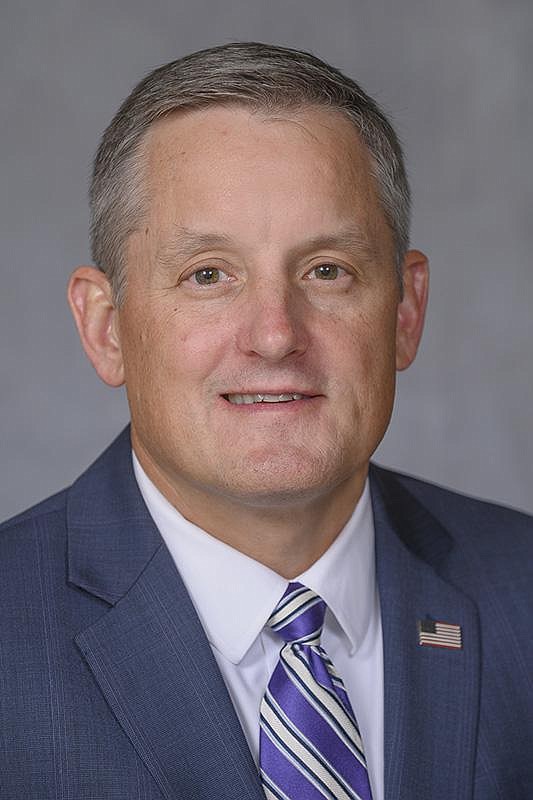 Perhaps this is the best year, the most newsworthy year, to talk about a politician from Arkansas who’s not in the news often. As much as Bruce Westerman seems to keep his head down, and simply serve constituents, this should be the year citizens look to his advice (and legislation) for help. Life-and-death help.

No, he doesn’t have a medical degree. Nor is he an expert in pandemics or covid-19. (Not that we know of.) If it weren’t for that virus raging around the world, the year 2020 might be known for the wildfires raging across the western part of this continent.

They tell us that half the country — a little farther up the latitudes from here — has been affected by the western wildfires. Even those places that aren’t burning have had their scenery changed. Dispatches say the horizons have looked different this summer from Providence to Providence — the ones on both coasts. There are so many acres burning in California, Oregon and Washington state, that people in the Midwest are smelling it.

What Congress needs is a good lesson on forest management. It just so happens that Bruce Westerman has a degree from Yale on the subject.

“Nature is harsh,” the congressman told Fox News’ website recently. “Her tools are insects, disease, wind, lightning and wildfire, unleashed with an insatiable desire to restore an elusive balance.”

And when that’s allowed to happen because mankind won’t soften Nature’s violent path? We give you the nightly news.

For years, Bruce Westerman has introduced legislation that would help the federal government manage the forests better. Laws have prevented smart management, because some people don’t like the idea of cutting down trees at all. Even when thinning them out keeps the rest of the forest better protected from fire and insects. And as landowners in Arkansas know, sick trees full of pests make for quick kindling.

Bruce Westerman has called it loving our trees to death. A forestry major would understand.

Maybe those who have opposed smart management of the nation’s forests would prefer to have the issue. That’s not unheard of. But dozens of people have died out west this year. And not just this year. Remember 2018? Remember 2017? Last month, The Los Angeles Times ran this headline: “California fires are the worst ever. Again.”

Bruce Westerman can’t prevent all wildfires. He’s not Smokey the Bear. But his legislation would go a long way toward keeping forests healthy and profitable. Yes, profitability can be an incentive for landowners to be smart, too. If the opposition would just let go of the issue. And do the right thing.

Remember when environmental organizations praised Bruce Westerman for introducing legislation to plant 1 trillion trees? Neither do we. Remember how he was given friendly nods among the left for pushing back against a fellow, albeit down-the-ballot, Republican who said unfortunate things about hunting people? Neither do we. But it doesn’t appear as though Bruce Westerman is too broken-hearted over the missing headlines. As we noted, he pretty much keeps his head down and does his job.

Congressman Westerman has also been a reliable vote in rolling back the number of federal regulations in the last four years. Of the checks in the “advantage” column from the Trump administration, this one may have had the most to do with the economic boom before covid-19. And will likely do wonders once this bug has been beaten.

Speaking of presidential politics, the polls don’t look good for the incumbent three weeks out from the election. If there is to be a wholesale change in Washington starting Jan. 20, 2021, then somebody will have to play the role of Loyal Opposition, and keep the checks and balances in the federal city. We know of one congressman who’s played the part before. With charm and courtesy. Which is definitely not in oversupply in Washington, D.C., these days.