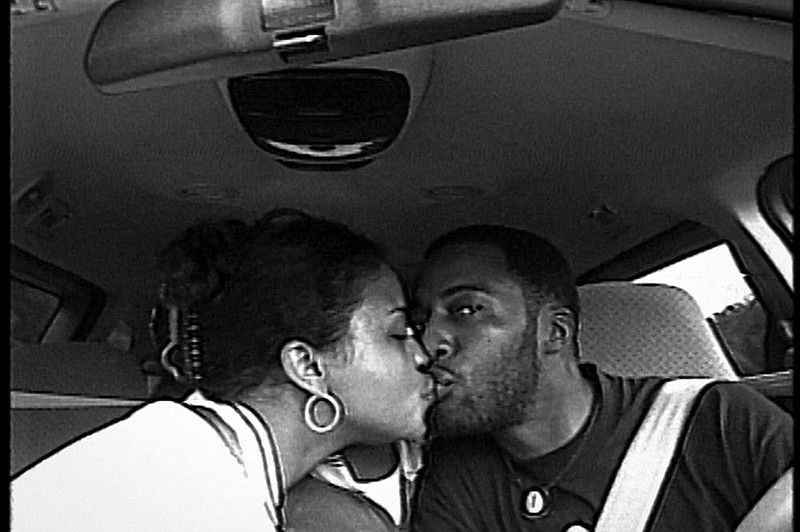 Sibil “Fox” Rich and her husband, Robert, appear in the documentary “Time,” shortly before he was sentenced to 60 years in prison.

A lot of docs concerning incarceration are about those many people falsely accused, procedurals about the details of the case, the process of the injustice, and how it was, or was not, rectified. Garrett Bradley's breathless documentary "Time" does concern a family whose patriarch is locked up for two decades as his wife and six sons grow without him, but that's about as far as that comparison holds.

While it certainly does speak to the reckless indifference of the Louisiana penal system, sloppy and ill-formed as you might expect, it also follows the lead of its primary protagonist, the indefatigable Sibil "Fox" Rich, the family's matriarch, and the remarkable job she did raising her sons and staying in constant contact with her soul mate, Rob, even as the minutes, hours, days and months slip past.

Briefly imprisoned herself for the bank robbery the pair committed in their youth, when Sibil was released, she immediately went to work shoring up the family she and her husband had been removed from before. As an advocate, businesswoman and frequent public speaker, Sibil instills in her sons the same conscientiousness and patience with which she keeps everyone in her orbit afloat. Tirelessly positive, without resorting to excuses, or denial, Fox is a deeply committed and inspirational woman who is easy to revere.

Still, Bradley's film isn't just about the incredible tenacity and resolution of its heroine. It also works as a meditation on the passage of the grains of sand in our collective hourglass, the way so much of our time on this earth is spent in repetition -- from the jack-hammering of an industrial excavator; to Sibil's own repeated mantras; the ever-shifting clouds; and the endless stream of phone calls she has to make on her husband's behalf. One such call, which she has to make over and over to the secretary of a judge whose ruling she's eagerly awaiting, finally gets so infuriating that she momentarily loses her cool, allowing her fire to briefly consume her genial positivity.

And yet, at the end, when she and her family are finally allowed to reconstitute, the emotional catharsis is so blindingly intense and joyous, tears came spilling down my cheeks regardless. Ostensibly, it's about the strain of incarceration on even the most grounded of families (an experience obviously disproportionate for POCs); but, on a deeper level, it's also about the manner of our use of the limited number of revolutions we get to enjoy situated on this earth. Either way, it's a profound knock-out.

Rating: PG-13, for some strong language