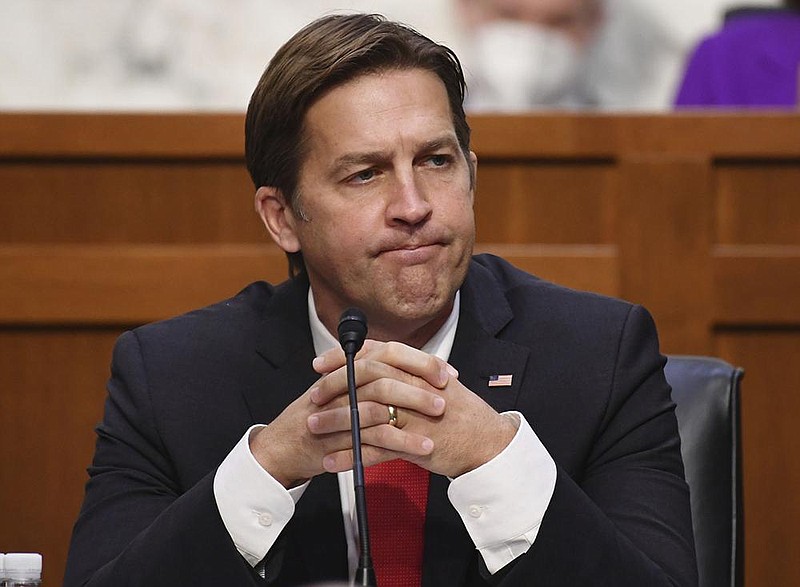 Sen. Ben Sasse eviscerated President Donald Trump during a private phone call in which the Nebraska Republican accused the president of cozying up to dictators, mistreating women, flirting with white supremacists and handling the coronavirus pandemic irresponsibly.

Sasse's comments were disclosed by the Washington Examiner, which obtained an audio recording of the call. Sasse's spokesman verified the reporting was accurate, but declined to answer more specific questions such as when the call happened and to whom the senator was speaking.

During the call, a woman asked Sasse why he's so hard on the president. The senator has been among the Republican lawmakers willing to criticize the president from time to time, but has mostly supported him and his policies.

But in the call, Sasse unleashed a torrent of criticisms at Trump.

"The way he kisses dictators' butts. I mean, the way he ignores the Uighurs, our literal concentration camps in Xinjiang. Right now, he hasn't lifted a finger on behalf of the Hong-Kongers," Sasse said.

"The United States now regularly sells out our allies under his leadership, the way he treats women, spends like a drunken sailor," Sasse continued. "The ways I criticize [former] President [Barack] Obama for that kind of spending; I've criticized President Trump for as well. He mocks evangelicals behind closed doors. His family has treated the presidency like a business opportunity. He's flirted with white supremacists."

A Trump campaign spokesman did not immediately respond to a request for comment.

Sasse's spokesman, James Wegmann, in confirming the authenticity of the call, defended his boss as being focused solely on the Senate races to ensure Republicans maintain the majority.

"I don't know how many more times we can shout this: Even though the Beltway is obsessing exclusively about the presidential race, control of the Senate is 10 times more important," Wegmann said. "The fragile Senate seats that will determine whether Democrats nuke the Senate are the races Ben cares about, the races he's working on, and the only races he's talking about."

Sasse said on the call that he fears Trump's "stupid political obsessions" and "rage tweeting" will drive voters away.

Wegmann did not respond when asked if Sasse intends to vote for Trump next month.

Sasse is up for reelection this year, and is expected to easily win in his GOP-leaning state. His greater concern was a serious primary challenge from the right in the spring. His opponent focused on Sasse's previous critiques of Trump, which Sasse toned down as a result.

The senator had admonished Trump early in 2016 when he was seeking the GOP nomination, saying he would vote for a third-party candidate. Earlier this year, Sasse voted to acquit Trump on two impeachment charges.

"RINO [Republican in name only] Ben Sasse, who needed my support and endorsement in order to get the Republican nomination for Senate from the GREAT State of Nebraska, has, now that he's got it (Thank you President T), gone rogue, again. This foolishness plays right into the hands of the Radical Left Dems!" Trump tweeted.

The senator also criticized the president's handling of the coronavirus pandemic on the call. While he came to Trump's "partial defense" by accusing the news media of wanting to use the public health crisis against the president, he said Trump has mishandled it from the beginning.

"But the reality is that he careened from curb to curb. First, he ignored covid. And then he went into full economic shutdown mode," Sasse said. "He was the one who said 10 to 14 days of shutdown would fix this. And that was always wrong. I mean, and so I don't think the way he's led through covid has been reasonable or responsible, or right."