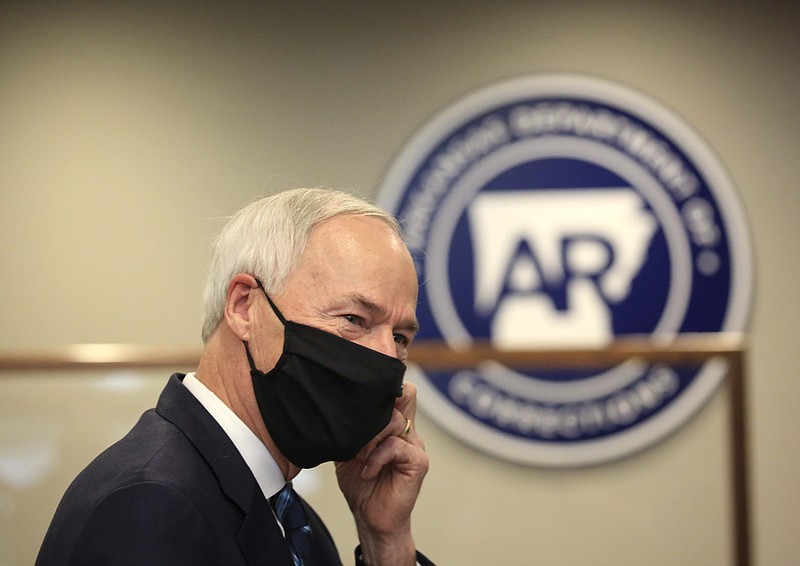 In Arkansas there were 481 new cases confirmed through polymerase chain reaction, or PCR, tests, and 199 additional probable cases, which include those identified through less-sensitive antigen tests, Hutchinson said.

The state saw 24 additional deaths, bringing the death toll to 1,462.

Hospitalizations declined slightly by four but 605 remained in the hospital, just under Monday’s record of 608, according to the state Department of Health. Of those hospitalized, 110 of them were on ventilators, an increase of six.

State epidemiologist Jennifer Dillaha said the number of additional patients on ventilators was worrisome as that count should be moving downward, rather than upward. Dillaha also urged Arkansans to get their flu shot to help avoid hospitalizations during the typical flu season.

Of Arkansas counties with more than 20 cases, Pulaski County ranked the highest with 56, followed by Benton County with 44, Craighead County with 32, Lonoke County with 24 and Garland County with 22, Dillaha said.

Gov. Asa Hutchinson and state health officials will provide an update on Arkansas' covid-19 response from Hope at 1:30 p.m.

The total number of confirmed coronavirus cases reported in Arkansas remained at 93,487 Thursday morning, according to a state website. The death toll remained at 1,586.

[Video not showing up above? Click here to view » https://www.youtube.com/watch?v=K7Zg7EhPtvI]