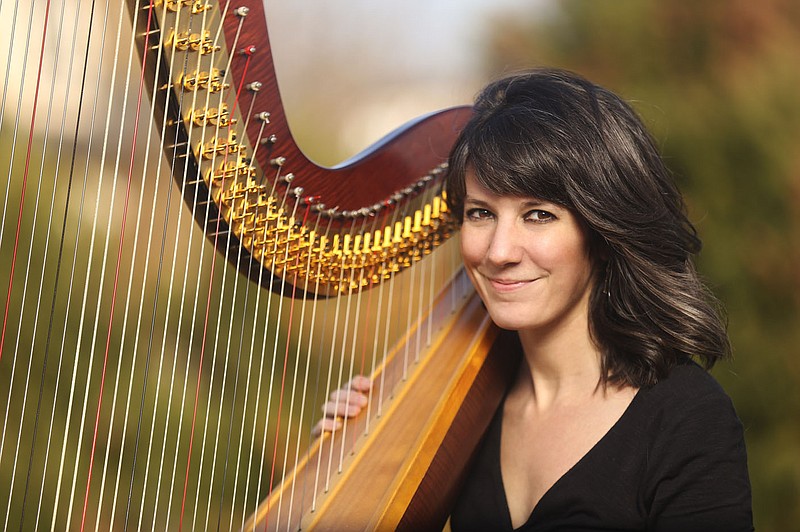 SoNA's "Colors of the Harp," set for Oct. 16, features harpist Alisa Coffey, a member of the symphony since 2012. She will share some of her favorite works for solo harp, including pieces by composers like Franz Liszt, Domenico Scarlatti, Benjamin Britten and Henriette Renié. (Courtesy Photo/SoNA)

Riley Nicholson didn't start the fire, as the classic Billy Joel song says. The situation for the Symphony of Northwest Arkansas had already been turned upside down by covid-19 before the new executive director arrived on the job Aug. 18.

In February, Nicholson's predecessor, Matthew Herren, announced he was leaving Northwest Arkansas to become executive director of the Harrisburg Symphony Orchestra in his home state of Pennsylvania, effective June 15.

In March, the pandemic made itself felt in the region, and the March 21 SoNA Masterworks III concert was postponed.

In May 2020, a seven-concert SoNA season spanning October 2020 through May 2021 was announced to subscribers.

In June, Maestro Paul Haas led 40 of his musicians in a a virtual performance of Ravel's "Bolero," made available to fans at sonamusic.org or on the symphony's YouTube channel.

From the moment Nicholson arrived in Fayetteville, he was in the middle of a dilemma never before posed in modern times: How does a symphony perform when a virus puts not only the audience but the musicians at risk?

"Our first concern was for the safety of everyone involved," says music director Haas. "That necessitated a long period of brainstorming different options as local conditions and legal requirements changed. It was frustrating to have to wait, but all of our planning paid off when we got clarity midway through August. At that point that we jumped into an all-hands-on-deck effort to define both the type of events that we'll be putting on but also -- and very quickly! -- the pieces we'll be playing for those events."

"The process was obviously unusual, but we ended up with a combination of virtual and live events that will allow the whole SoNA family to stay connected and will allow us the flexibility to add performances as conditions allow," adds Nicholson, who came to SoNA from San Francisco. "From the beginning of this process, we asked ourselves, 'How do we want to grow and what changes are needed?' and then allowed those answers to inform our decisions, so that our plans were not just a stopgap but rather something that will help us grow in deliberate ways.

"Through SoNA's reimagined season, our musical offerings will not just adapt to current obstacles, but also speak to the moment in time we find ourselves in."

That "reimagined" season began Oct. 4 with a sold-out outdoor performance at Mount Sequoyah Center titled "Cosmopolitan Strings." Led by SoNA violinist Miho Oda Sakon and featuring violinist Andrew Chu, violist Jesse Collett and cellist Kari Caldwell, the program included string quartet selections by Philip Glass, Scott Joplin, Aka Tonbo, Astor Piazzolla, Nikolai Rimsky-Korsakov and other composers from around the world. Held at Cottage Circle at Mount Sequoyah, the event enforced social distancing with circles marked on the ground in which guests could set up their own chairs or blankets to enjoy the event.

Nicholson says the support a SoNA performance was immediate.

"Everyone misses each other, not only the audience members missing SoNA and SoNA missing our audience, but also the musicians miss the magic of coming together and playing with their cherished friends and colleagues," he says. "Because of that, there is a real appetite and openness from everyone involved to find ways to come together. Since I came here six weeks ago to work with SoNA, I've found that our community is not only incredibly enthusiastic and supportive of SoNA, but also is willing to think out of the box, especially during these strange times."

The season continues with "Colors of the Harp," featuring SoNA harpist Alisa Coffey, at 6 p.m. Oct. 16 in the same location. The program covers a wide scope of music history, showcasing her virtuosity through the music of composers like Franz Liszt, Domenico Scarlatti, Benjamin Britten and Henriette Renié.

Then the orchestra takes a more virtual turn, with Solos from Home, which offers opportunities for each artist to record a short solo of their choosing, beginning in mid-October. And over the holidays, the SoNA Singers will make special virtual appearances under the direction of Terry Hicks to be posted online and shared via social media.

SoNA will also schedule two full virtual concerts, the first in early November and the second in the spring of 2021. Nicholson says he and Haas wanted to craft programs that "touch on themes that feel current."

"For example, with the string orchestra program, we wanted to present music that bridges eras and plays with the perception of time," he explains. "Given all the disruption and isolation, we need music's ability to poignantly ground us in present time and space more than ever. Another example is our full [spring] digital program, 'Latency Canons' -- this piece repurposes video latency, usually an unwanted thing, into something beautiful and intentional. Anyone who has ever tried to sing happy birthday on Zoom knows exactly what video latency is!"

And "while we're not ready to share exact details, more outdoor performances in the spring are definitely part of the plan," Nicholson adds. "Of course, this will depend on the status of the pandemic, but we hope to pepper the spring with different types of outdoor performances around Northwest Arkansas to reach a range of audiences. Hopefully, the groundhog doesn't see its shadow in 2021!"

The musical choices were "absolutely shaped by the circumstances we're living through," says Haas, "but we've grasped this opportunity to rethink a lot about how we engage with the public, and we're aiming to retain this amped-up level of virtual and online engagement even as we reintroduce our regular mainstage concerts and a return to a semblance of normalcy."

As a stranger in a strange land, Nicholson is grateful for a dedicated SoNA fan base.

"One of the fantastic things about this reimagined season is that we will be offering many virtual experiences, like our November string orchestra concert for example, for free," he points out. "However, that means more than ever, we're relying on the generosity of our community to support our musicians. Those who are able to donate, whether that gift is small or large, are enabling us to not only weather this crisis, but evolve and grow so that we can emerge stronger than ever." 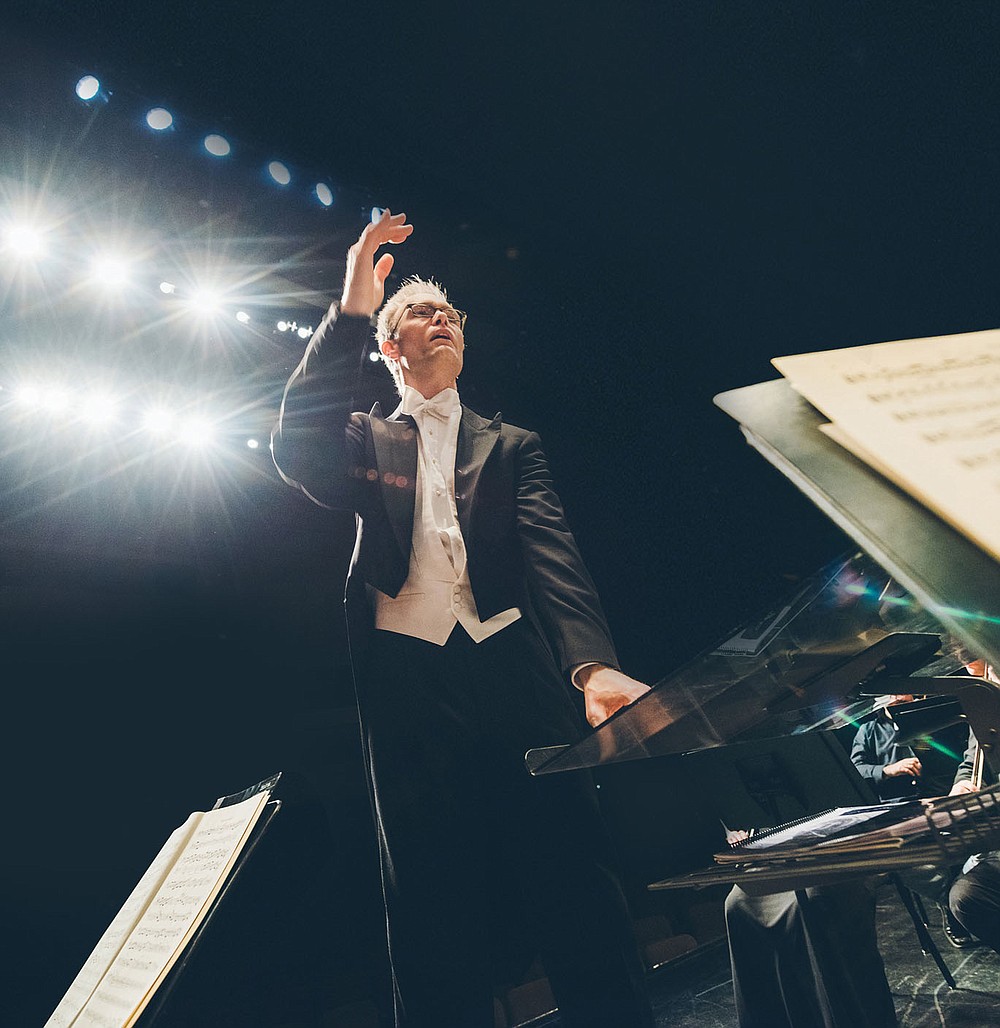 "I have to give credit to everyone who helped me — the SoNA Artistic Advisory Committee was invaluable, as was Riley," says Maestro Paul Haas of his music choices for the reimagined 2020-21 season. "We had some inspiring brainstorming sessions, and all of us are excited about where we’ve ended up." (Courtesy Photo/SoNA) 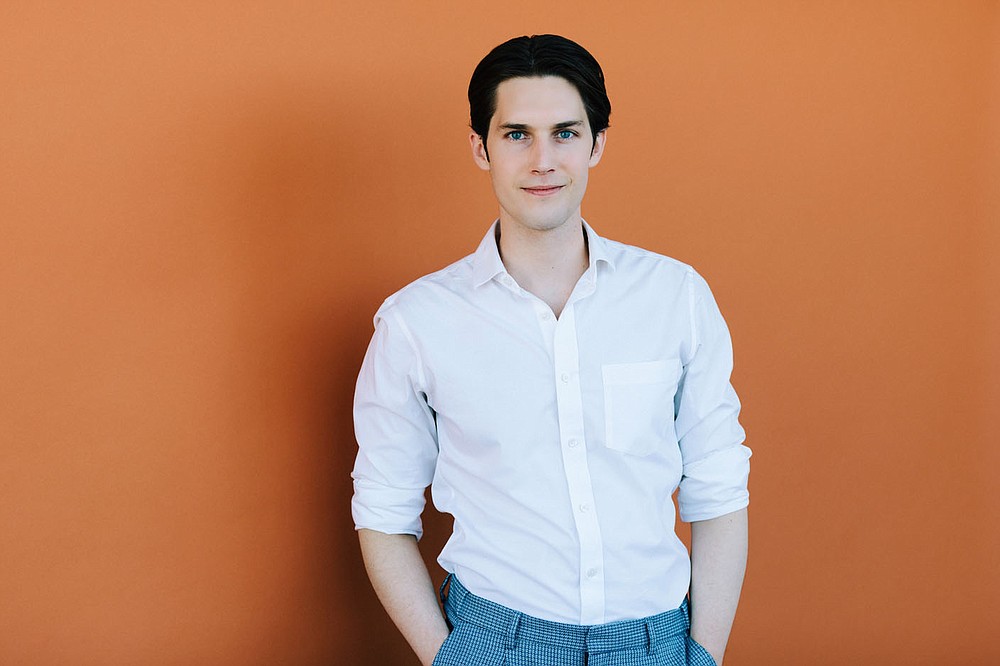 “For those who already know and love SoNA, this reimagined season is a chance to get to know our orchestra in a new and deeper way,” says Executive Director Riley Nicholson. “It’s also a chance for us to creatively connect with our community and reach new audiences who might not feel comfortable at this time in the confines of a concert hall.” (Courtesy Photo/SoNA)
More News

‘Colors of the Harp’

WHERE — Mount Sequoyah Center in Fayetteville